Protesters being arrested after curfew in Old Louisville

Pockets of Disruption, But No Violence in Louisville as Protests Continue

LOUISVILLE, Ky. — Louisville's second day with the news that none of the officers involved in the death of Breonna Taylor would face charges directly tied to her death began relatively quiet, but when the sun went down, things changed, this time without violence.


According to an email from LMPD Sgt. Lamont Washington, at least 24 people were arrested throughout Thursday night with charges including failure to disperse, unlawful assembly and riot in the first degree.

Among those arrested was state Rep. Attica Scott. Scott, who introduced "Breonna's Law" to Kentucky's General Assembly, is charged with failure to disperse, unlawful assembly and riot in the first degree.

In the same email from Washington, he said that before the curfew, some members of the march began breaking windows on Fourth Street at Jeff Ruby's Streak House. He also said that TARC buses on Brook Street and the Main Louisville Free Public Library were damaged.

Just before 9 p.m. Louisville Metro Police announced an Unlawful Assembly had been declared and it began livestreaming on its Facebook page.  Officers were called to South Fourth Street in Old Louisville and there they formed lines in the intersection and began arresting those in violation of the curfew.  While those arrests were mostly uneventful, a crowd of protesters began gathering at the First Unitarian Church located on one of the corners.  Protesters taunted and shouted at police, but that was all that took place for more than hour.  Just after 11 p.m., LMPD officers met with protest leaders and worked out a plan for LMPD to leave and for the protesters to leave as well.

As the city contended with Attorney General Daniel Cameron's announcement Wednesday, protests that were initially peaceful turned violent, the night ending with two Louisville Metro Police Department (LMPD) officers shot and a suspect in custody. More information about that incident and the night's protests came out Thursday morning.

In the early hours of Thursday, LMPD confirmed the final tally of arrests from Wednesday night into Thursday morning reached 127. Interim Police Chief Rob Schroeder in a later press conference announced there were 16 incidents of looting; however, he said it was unclear if those incidents were related to the protests. 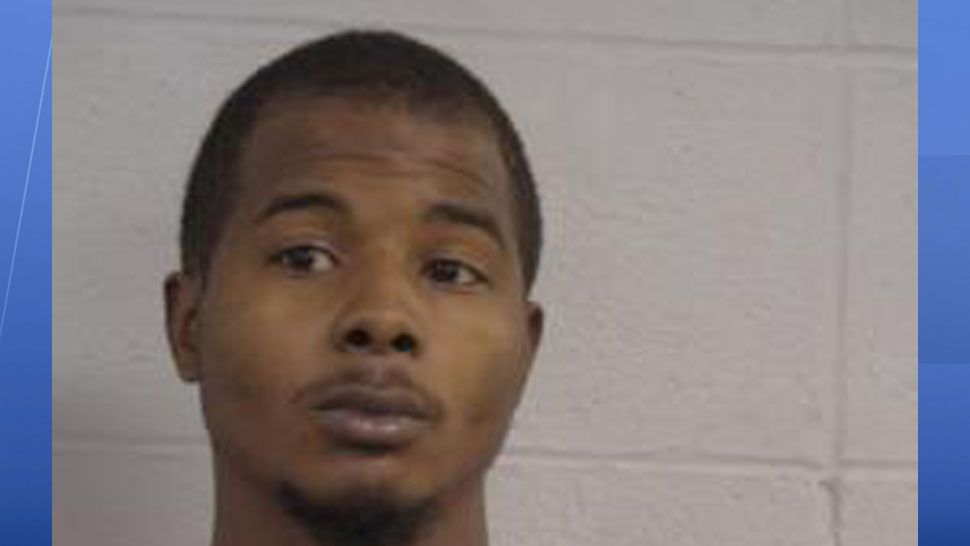 Larynzo Johnson is facing charges for assault on a police officer and wanton endangerment.

The identities of the injured officers, who are both expected to make a full recovery, were also released Thursday. Maj. Aubrey Gregory, leader of LMPD's Special Operations Division, and officer Robinson Desroches both sustained non-life-threatening injuries, police said. Gregory was shot in the hip, subsequently treated at University of Louisville Hospital and released Wednesday night. Desroches, shot in the stomach, underwent surgery but is stable.

This is Major Gregory. Less than 24-hours from being shot attended his team’s roll call to tell them how much he appreciated them. This is the definition of leadership and selflessness. This is the caliber of public servant defending our city. pic.twitter.com/LEVKFdUmh5

Gregory, less than 24 hours after being shot, showed up for roll call.

Later in the day, Breonna Taylor's family, who has yet to speak publicly since the grand jury announced its findings Wednesday, released that they would be speaking Friday at Jefferson Square Park along with the family's lawyers.

Thursday evening, Mayor Greg Fischer announced that he would extend the countywide curfew through the weekend, and that Metro Government facilities in the downtown area would remain closed until 6:30 a.m. on Monday.

In a press release, Fischer said the curfew “helps us balance our responsibility to keep everyone — protesters, first responders and bystanders — safe, while still allowing people the time and space to voice their calls for racial justice and equity during the day.”

While downtown Louisville didn't see the same turnout Thursday that it did Wednesday, protesters still flocked to Jefferson Square Park, the heart of Louisville's protests since late May. Earlier in the day, Senate candidate Amy McGrath made an appearance at the Park and briefly spoke with protesters before being escorted away by her team due to safety concerns.

Crowds downtown grew as the night went on, but the protests began to pick up around 7 p.m. with demonstrators marching down Jefferson Street.

For a complete look at how event have unfolded over the last few days you can revist our blogs.