A Derby Like No Other: What Happened at the Derby Protests

LOUISVILLE, Ky. – The four month delay, a lack of fans, and Authentic's win against favorite Tiz the Law likely won't be the things people remember about this year's 146th Kentucky Derby.


Protests took place throughout Louisville, including outside and around Churchill Downs, on Derby day by multiple groups demanding justice for Breonna Taylor, a 26-year-old EMT who was killed by Louisville Metro Police Department (LMPD) officers on March 13 while serving a no-knock warrant at her apartment. 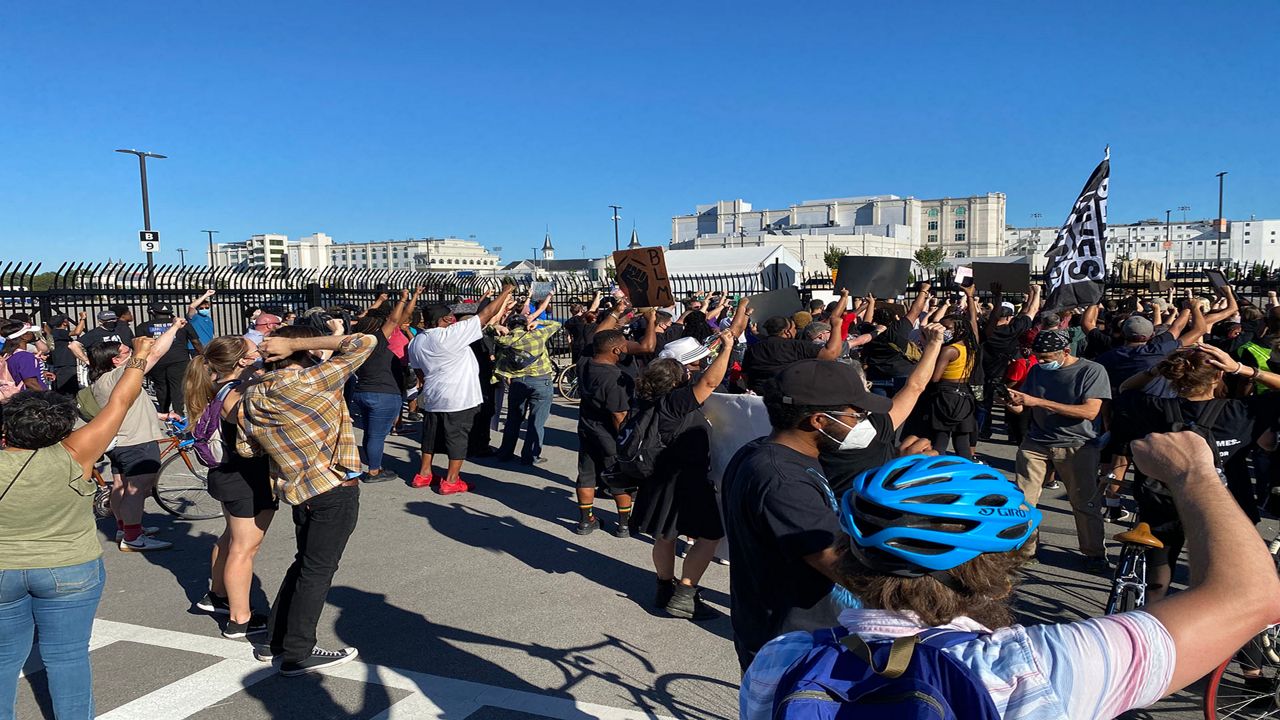 Even the protests were protested this year. An armed militia comprised of nearly 300 members from pro-police groups Angry Viking and the Three Percenters clashed with Black Lives Matter protesters around noon at Metro Hall near Jefferson Square Park. Aside from a few minor skirmishes, the clash was nonviolent.

LMPD officers in full riot gear appeared just as militia members began to disperse from the area. The police formed a human square that separated protesters and militia members who were not seen at any protests the rest of the day.

Local protesters and members of New York-based Until Freedom then gathered at South Central Park and began marching toward Churchill Downs, during which chants of “Breonna Taylor,” No Justice, No Derby,” and “You Can’t Stop the Revolution” were heard.

Until Freedom issued a press release about its involvement in the protests, saying “the Kentucky Derby action is occurring against a backdrop of intense tension in Louisville as armed white militias have been observed patrolling areas around the city.”

Until Freedom said the heavy police presence, closed streets, and “cages for demonstrators” were “unjust" attempts to restrict demonstrators.

“Our intention today is the same it has been since we got here: to work with local organizers to pursue justice for Breonna Taylor and to do so in a manner that is effective, unrelenting, and nonviolent,” said Tamika D. Mallory, co-founder of Until Freedom. 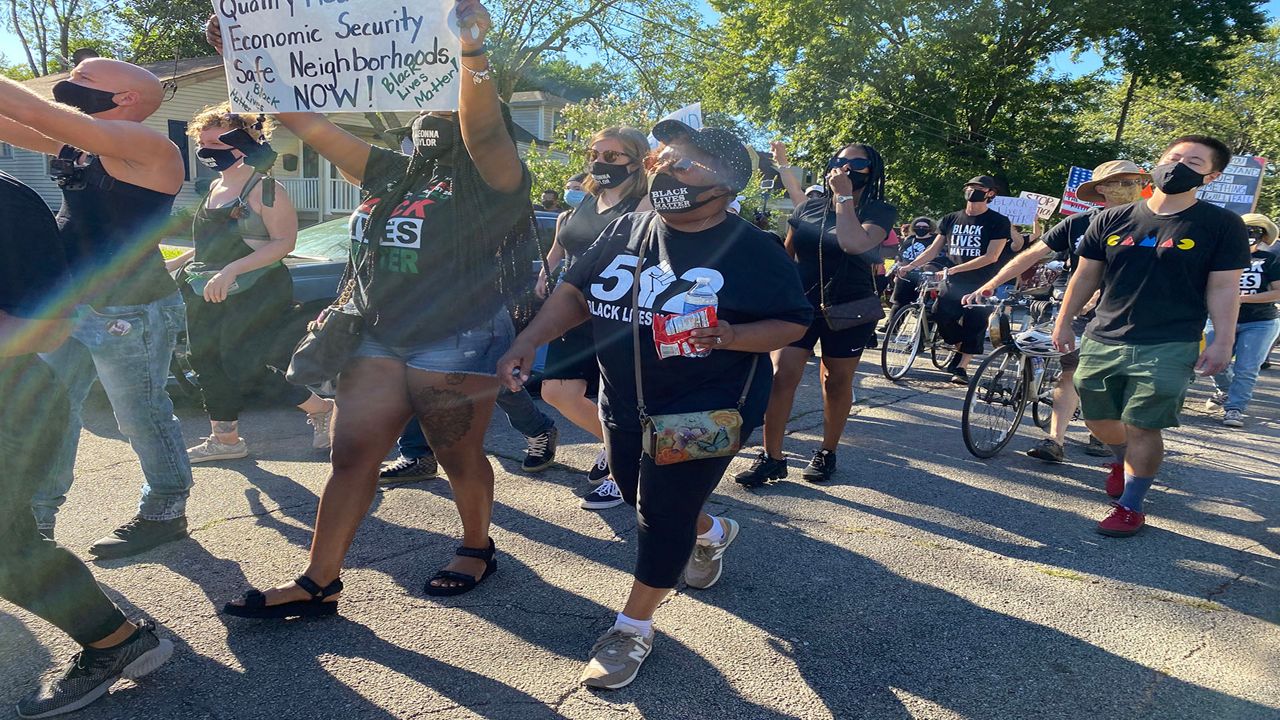 When protesters arrived at the gates of Churchill Downs, LMPD officers, still in riot gear, followed the crowd around the perimeter of the race track in the back of pickup trucks. Protesters stopped at certain places to chant, make noise, and engage with the police officers stationed about 50 feet behind the fence.

The protest eventually made its way back to the main entrance of Churchill Downs at around 6:50 p.m., 11 minutes before the race’s 7:01 p.m. post time. At that point, the Not F***ing Around Coalition (NFAC), an armed Black militia out of Atlanta, had arrived and formed along the fenced-off sidewalk on Central Avenue across from the track. The NFAC then marched along the sidewalk and seemingly vanished into the crowd, clashing with some local protesters, one of whom asked an NFAC member, “Where have you been all day?” and “I thought you were coming back in four weeks?”

After several minutes of yelling at police through the makeshift fence outside Churchill Downs, the protesters and officers began to disperse, and the protest was effectively over as an airplane pulled a banner that read, "Arrest the Cops that Killed Breonna Taylor" overhead.