A woman raises her fist in support of protesters Tuesday, Aug. 25, during the final day of BreonnaCon. (Spectrum News 1 KY/Brandon Roberts)

LOUISVILLE, Ky. – A protest on the final day of BreonnaCon in Louisville ended with 68 people arrested, most for obstructing traffic, but was otherwise nonviolent.


Hundreds of protesters marched through the streets of Louisville on the final day of the four-day event that included roundtable discussions, training sessions, a spiritual revival and more intended to amplify calls for justice for Breonna Taylor, an EMT who was shot to death in March by Louisville Metro Police Department officers serving a no-knock warrant at her residence.

Kentucky Attorney General Daniel Cameron has not yet announced if charges will be filed against the officers. 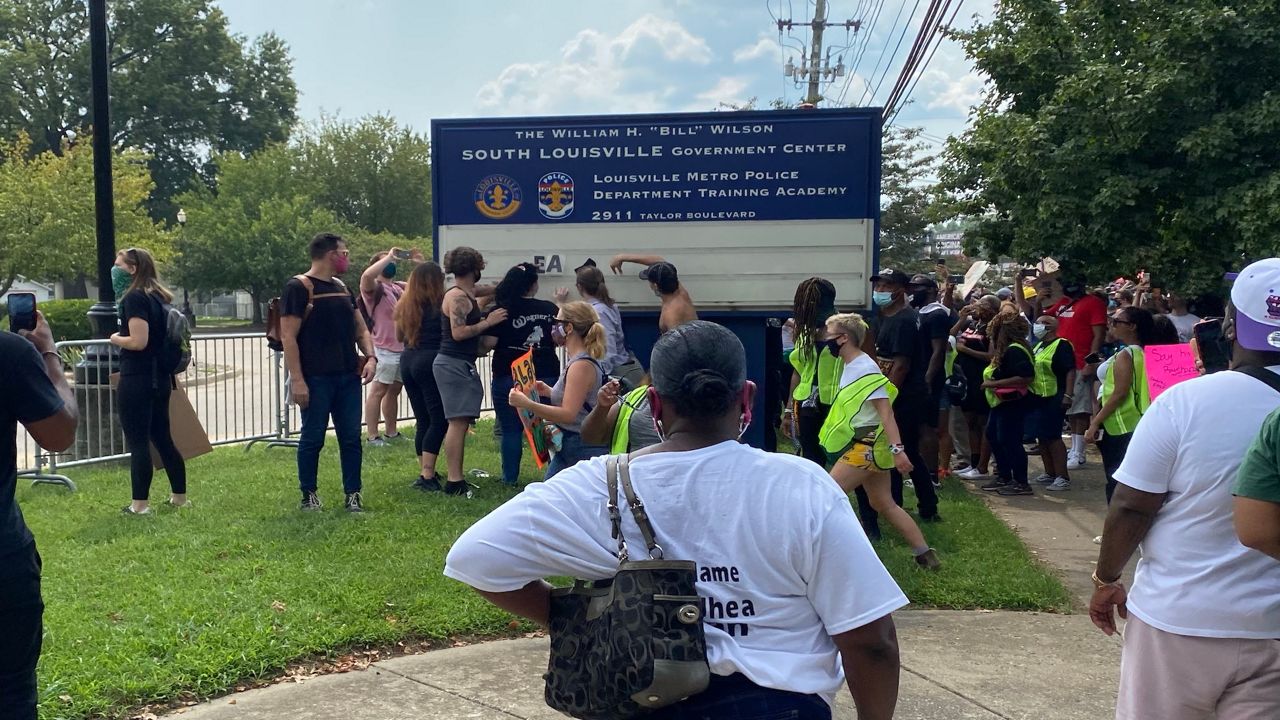 Most of the 68 arrests made Tuesday were due to obstructing traffic, Louisville Metro Police Department Interim Chief Robert Schroeder said. Many of those arrested were released a short time later.

BreonnaCon was organized by New York City-based activist group Until Freedom, which has maintained a presence in Louisville for the past 30 days

“We executed the event in the way that we wanted to and I think created a type of disruption to elevate Brianna Taylor’s name again and let the city know protesters are going to continue to disrupt until there comes an announcement that is worthy of Briana and her family as soon as possible,” said Linda Sarsour, co-founder of Until Freedom. “We hope that announcement happens before the Derby.” 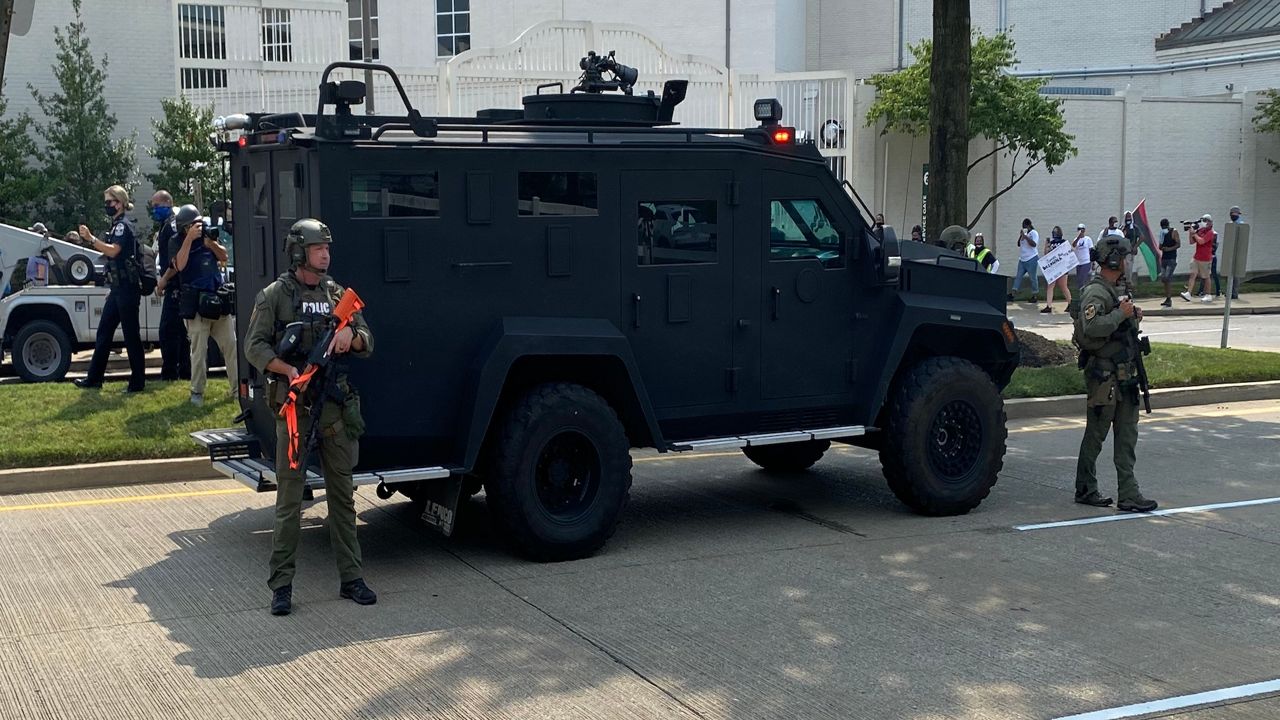 The Kentucky Derby is set to take place Saturday, Sept. 5, at Churchill Downs in Louisville and Sarsour said no plans are official, but Until Freedom is working on what type of presence it will have in Lousiville on Derby weekend.

“We are working on something,” she said. “There's nothing really solidified at the moment – we are having kind of the pre-game right now.”

After a closed meeting at St. Mark AME Church on the corner of Euclid and Colorado Avenues, protesters marched to South Central Park for a short rally, during which Sarsour told the crowd that those not willing to get arrested needed to “get out of the way” of those who were. 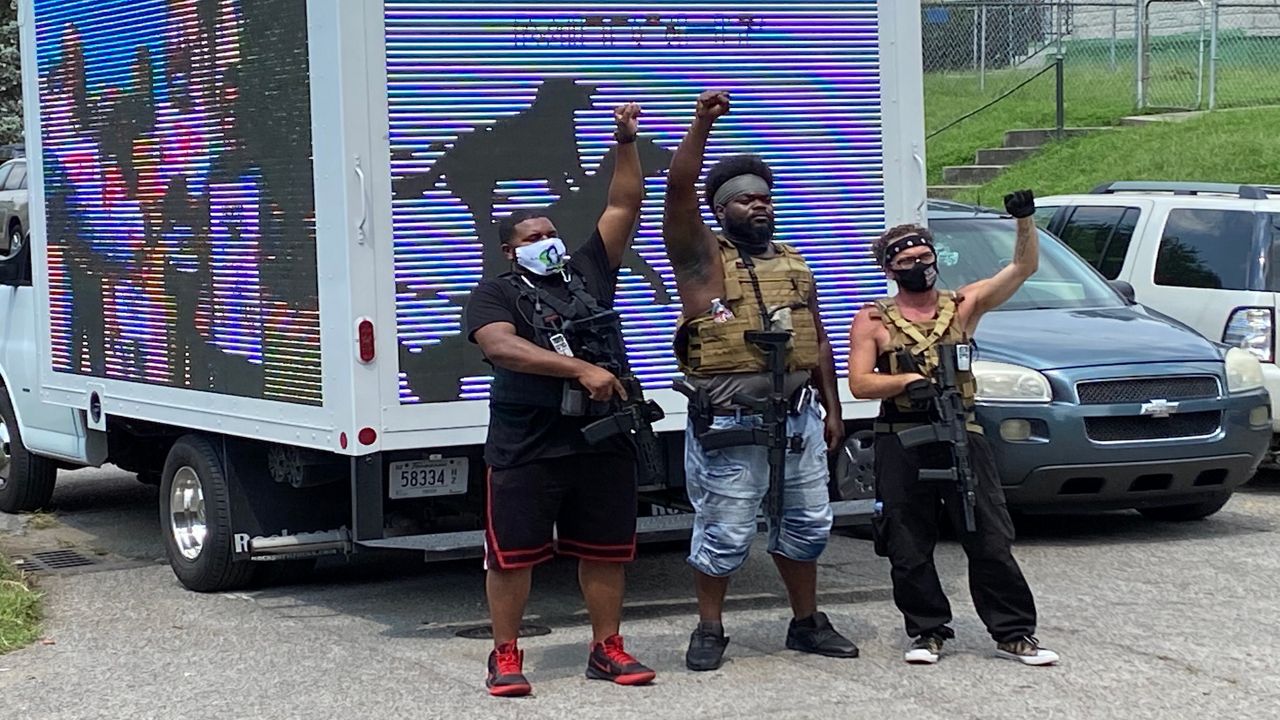 Protesters left the park and marched down Waller Avenue to the Louisville Metro Police Department Training Academy, where barricades had already been placed around the building. The march then continued onto Burton Avenue and then 9th Street to the gates of Churchill Downs on Central Avenue, where LMPD officers were already in place and blocking traffic.

The protest then made its way onto the Central Avenue bridge just before 5 p.m., which by that point was blocked by LMPD officers, some in riot gear, on both ends. Protestors sat down in the middle of the bridge and remained there for about an hour. Most of the 68 arrests were made on the bridge as the LMPD streamed footage on its Facebook page.

The protest was likely at its most volatile point when protesters exited the bridge and gathered at the intersection of Central Avenue and 2nd Street. LMPD officers lined up down Central Avenue as protesters gathered on the sidewalk. The line of officers and protesters began moving closer together as shouting and chanting got louder.

Protesters and LMPD officers eventually began to disperse simultaneously and some protesters made their way to Jefferson Square Park before starting another march that ended at 2nd Street and Broadway, where four more people were arrested.