LOUISVILLE, Ky. — Several out-of-state protest groups are in Louisville protesting the death of Breonna Taylor on March 13. A pair of militia groups, the NFAC (Not F***ing Around Coalition), and the Three Percenters are among those gathered in downtown Louisville.

Saturday night protesters marched to Louisville's new soccer stadium, Lynn Family Stadium.  Protesters at the stadium forced their way into one of the stadium gates. From the staium they traveled to the Big 4 Bridge. There they used cars to block roads and drive in the wrong direction.  LMPD says protesters on foot began throwing bottles at police.  They were arrested and charged with Interfering with a Governmental Operation, Fleeing and Evading, Wanton Endangerment, and Obstructing a roadway. Police ordered them to break up and they walked towards Jefferson Square Park.

LMPD arrested a total of 11 people Saturday, six from the afternoon and five from Saturday night. 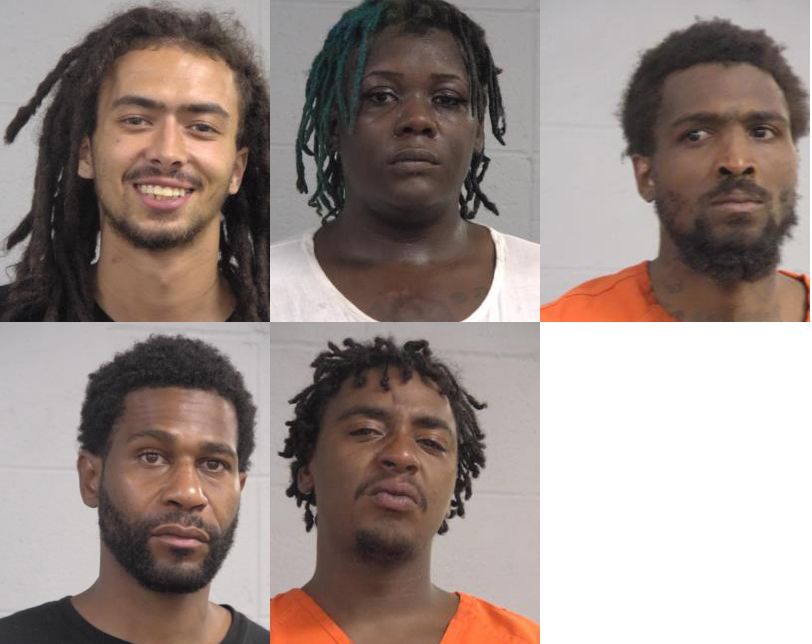 Robert Taylor, Lynice McNight, Channing Robinson, Antonio Brown, and Bilah Clark are some of those arrested. The pictures for everyone arrested were not all in LMPD's system. COURTESY LMPD

LMPD Deputy Chief LaVita Chavous saidthe day was mostly peaceful, but that officers were hearing about threats of violence from protesters saying they had a constitutional right to do so.

Chavous said LMPD stands behind everyone and their rights to protest but said she hopes they will do so in a safe manner.  Chavous asked protestors to respect the legal process which can be lengthy with regards to the Taylor investigation. Chavous said there are rumors circulating on social media and in the news that are making people fearful, but she would not go into specifics.

"LMPD is here to protect you. Protect all of you," she said.

A curfew was not put in place Saturday night.

Saturday afternoon there was a shooting at Baxter Park. Three members of the NFAC were shot, but they were shot by another member of the group.  The three people are recovering at University of Louisville hospital. One person has minor injuries the other two were hurt a little more seriously. LMPD continues to investigate the shooting but has not made any arrests related to the shooting.

Louisville Metro Police Chief Robert Schroeder released a statement about the incident. He said, "All involved are members of the NFAC and there are no outstanding suspects. The investigation remains on-going. This is a tragic situation that could have been much worse. I encourage anyone choosing to exercise their Second Amendment rights to do so responsibly.

LMPD also released this video of the incident.

Kentucky Attorney General Daniel Cameron and his office are investigating the death of Taylor. Brett Hankison is the only officer involved in the shooting that has been fired. Two others, Sgt. Jonathan Mattingly and officer Myles Cosgrove remain on administrative reassignment.

NFAC leader, Grandmaster Jay, issued a four week deadline to have resolution to case and if there isn't he threatened violence. When asked about the threat, Chavous said LMPD has spoke to Grandmaster Jay but was unaware of his deadline. She says the investigation is ongoing but that the process must play out.

Spectrum News 1 continues to follow the protests and will bring you the latest information .

Here is the latest