Halloween could have quite the chilling trifecta this year. A full moon, a time change, and the haunted holiday all fall on the same day. The first time that's happened since we first started observing daylight saving time uniformily in 1966.

Over the decades, weather has also added its own extra fright to the night.

Storms march east as seen on this Doppler Radar loop from Halloween 2019.

We don’t have to go back far to find some frightening Halloween weather.

It was just last year when a strong cold front spawned a widespread damaging wind event in the East.

Many cities and towns in the Northeast postponed or canceled trick-or-treating as the evening brought torrential rain, lightning, and even tornadoes.

The National Weather Service registered nearly 400 reports of damaging wind from the Southeast to the Mid-Atlantic to New England. Straight-line winds outside Philadelphia gusted to 110 mph, snapping utility poles and damaging multiple homes. 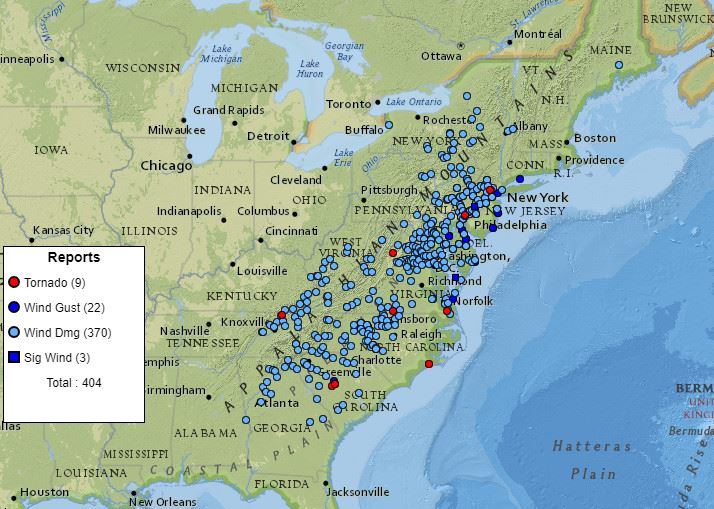 Nine tornadoes were also confirmed in the event, including an EF-2 in Delaware that left several people homeless.

On the backside of the front, it was snow that blanketed parts of the Midwest. Over 5” fell in Milwaukee, making it the snowiest Halloween on record. 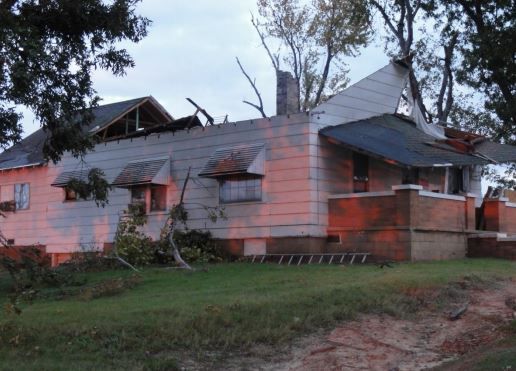 A home lost its roof in Brosely, Missouri following an EF-1 tornado on Halloween Day, 2013.

The largest tornado outbreak in Halloween history, over 30 tornadoes touched down on the holiday in 2013.

The storm system that spawned the outbreak originated from the remnants of Hurricane Raymond in the Eastern Pacific. After moving inland, the remnant circulation would spin back up after meeting a warm, moist environment over the Gulf States.

Record amounts of rain fell in Texas, with up to 15” resulting in hundreds of water rescues outside Austin.

Along the cold front, sufficient shear, or a change in wind speed and direction with height, helped to spin up twisters from Louisiana to Ohio. Nearly half of all the reported tornadoes that day touched down near the Paducah, Kentucky area. 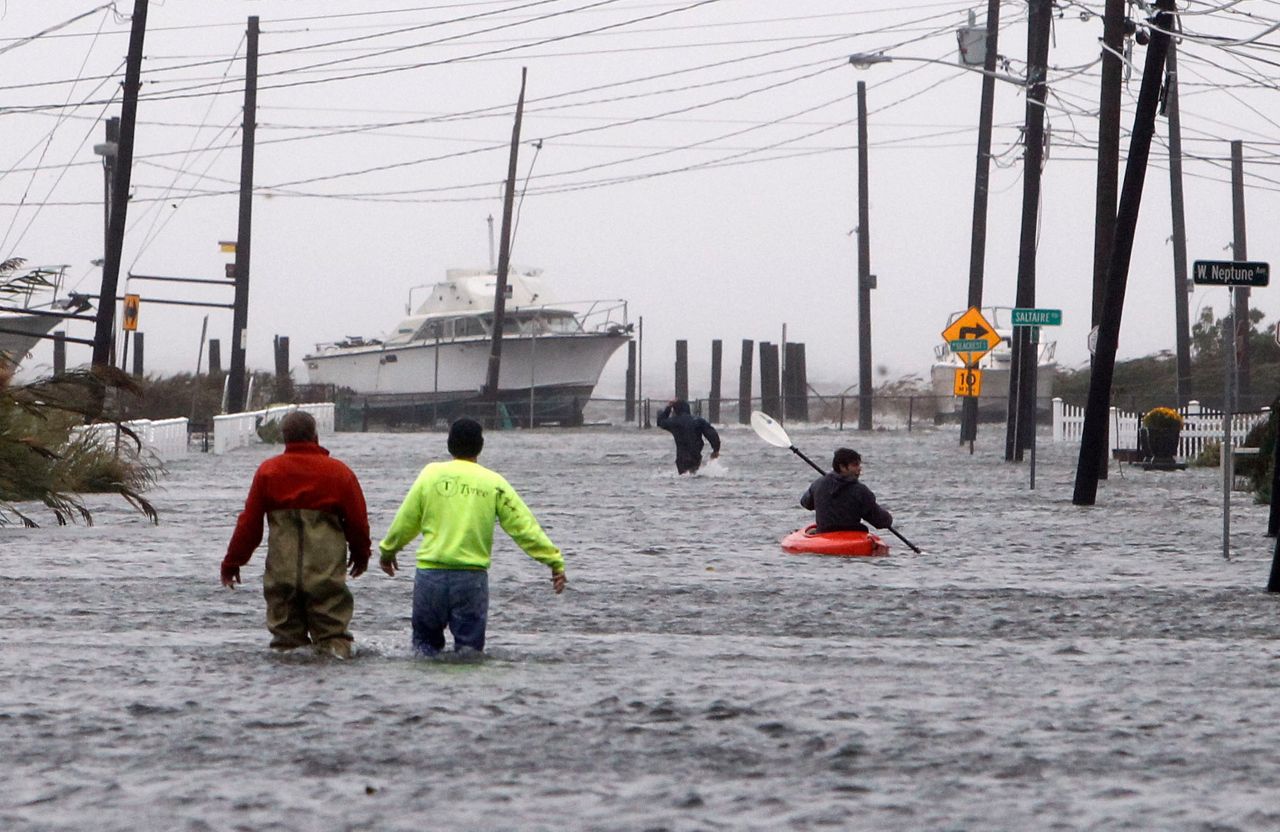 A storm that will live in infamy for residents in the Northeast, Sandy was a monster.

Originating in the Caribbean, the storm would head north into the Atlantic, gradually becoming larger in size. In fact, Sandy remains the largest Atlantic hurricane ever observed, spanning over 1,000 miles in diameter.

As it continued along in the open Atlantic, high pressure centered over Greenland led Sandy to make an unusual turn back to the west, driving the cyclone onshore near Atlantic City, New Jersey just two days before Halloween.

While maximum winds at landfall were “only” 80 mph, the cyclone’s gargantuan size led to widespread impacts along the East Coast.

Being late October, cold air was able to wrap into the system over the Appalachians, dropping up to three feet of snow in West Virginia.

Sandy was one of the top five costliest hurricanes in U.S. history with damages totaling over 60 billion dollars. The storm was also the deadliest in the Northeast in 50 years, claiming the lives of 160 people. 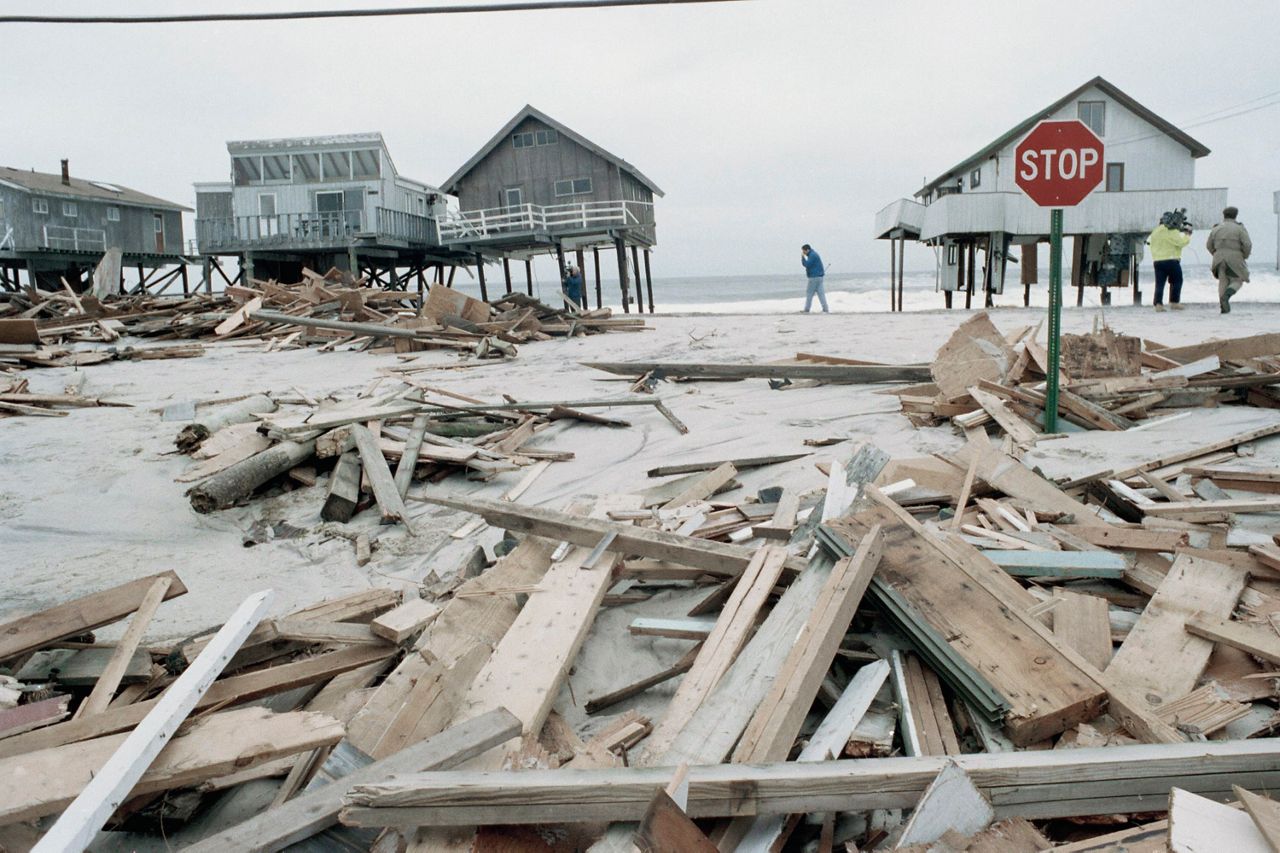 People survey the damage to home along Westhampton Beach after strong winds and high tides swept across the region, Nov. 1, 1991. (AP Photo/Mike Albans)

In late October of 1991, weather reports and the government warned people up and down the East Coast of an unusual ocean storm that was heading their way as low pressure developed off the coast of Canada.

But it wasn’t destructive winds or torrential rain that made the Perfect Storm so destructive.

Heavy surf battered the beaches for days from North Carolina to Maine with coastal flooding inundating communities along the shore. Boston experienced one of their worst flood events in history, leading to hundreds of millions of dollars in damages.

A swordfishing boat off the coast would be lost in the storm, leaving six crew members presumed dead. Hollywood would recreate their peril in the 2000 Hollywood blockbuster, "The Perfect Storm".

The cyclone gradually gained tropical characteristics upon reaching the warm waters of the Gulf Stream off the East Coast. The National Hurricane Center deliberately did not name the system, however, to avoid confusion from the public. 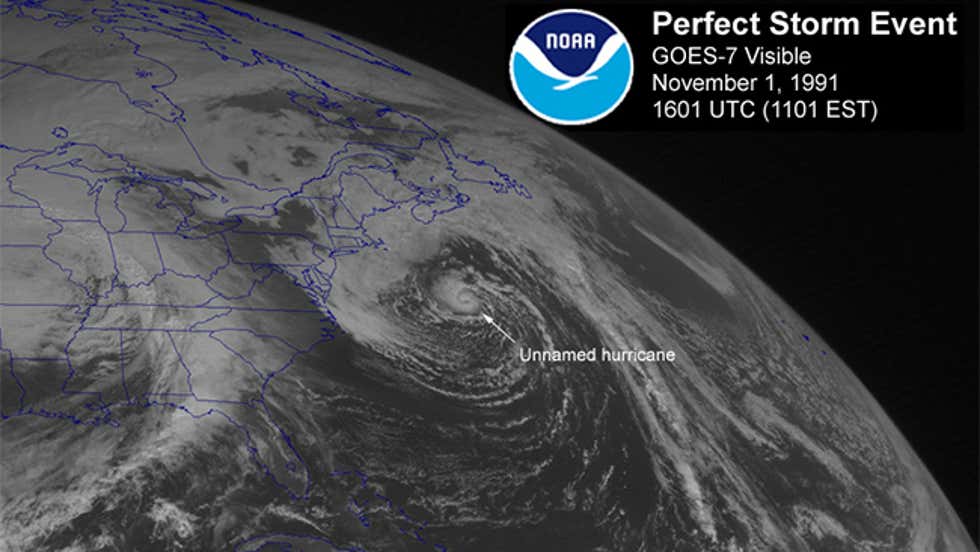 However, satellite images showed an obvious eye on November 1 and the cyclone would go on to make landfall in Nova Scotia as an unnamed tropical storm. 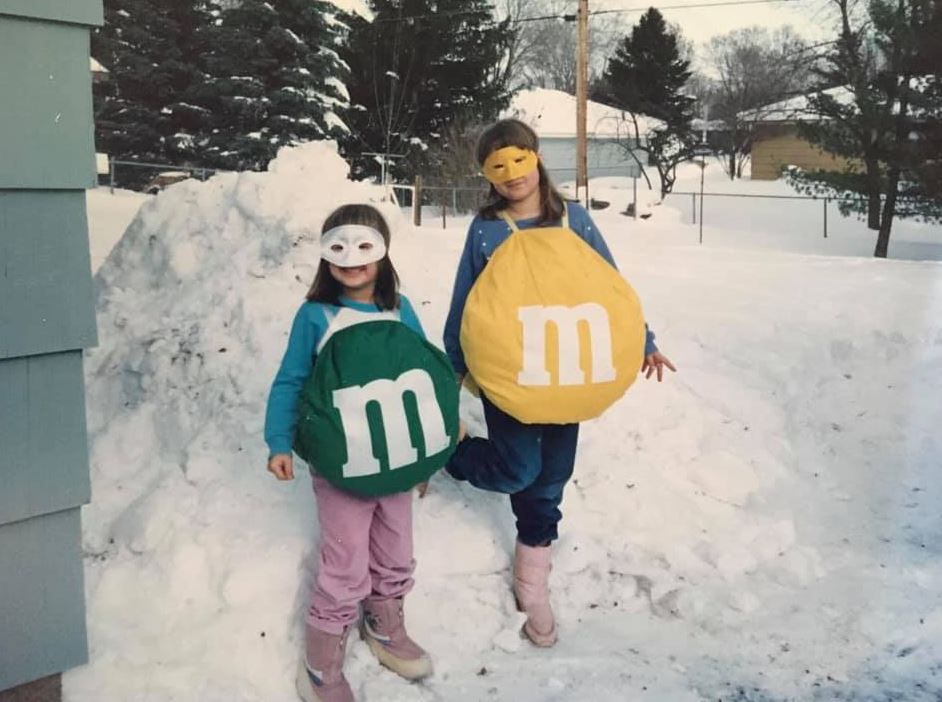 Two girls prepare to trick-or-treat in Cottage Grove, Minnesota after the Halloween Blizzard of 1991. Photo courtesy of Erin Rooney.

While the Northeast dealt with the Perfect Storm, the Midwest wasn’t spared from the storm’s fury.

How do subfreezing temperatures, howling winds, and feet of snow sound? That’s exactly what parts of Minnesota, Iowa, and Wisconsin had to deal with during the 1991 Halloween Blizzard.

A clash of arctic air from Canada with warm, moist air from the Gulf served as the catalyst for this explosive storm. Low pressure developed along this boundary in the Southern Plains.

Blocked from heading east by the Perfect Storm, the low pressure tracked due north into the Midwest.

The storm would go on to “bomb out”, a term meteorologists use to describe a rapidly intensifying cyclone.

As the system wound up, a historic amount of snow for any time of the year fell across Minnesota.

When the snow tapered, over two feet of fresh powder blanketed the Twin Cities. Duluth, Minnesota measured over three feet, their largest snowstorm on record to this day.

Farther south, it was ice, not snow, that downed power lines and crippled interstates. Adding insult to injury, record cold followed the storm, with subzero temperatures being reported across the area just days later.

The extreme weather led to the governors of Minnesota and Iowa declaring disaster zones in many of their counties.

So as you put on your scariest outfit or prepare to head out to those haunted houses, check the forecast first because the weather can serve up for terrifying frights of its own.