Summer Rainfall in Kentucky is Divided

We are closing in on the end of meteorological summer, which runs from June 1st through August 31st. This period is defined as the warmest 3 month stretch of the year, but it can also be the wettest.

With summer comes the potential for heavy downpours, and most areas in Kentucky experienced some of that this season.  However, western Kentucky endured it more than the rest of the commonwealth.

Comparing actual rainfall totals to the climatological average rainfall across Kentucky for June 1st through August 31st, a clear depiction of who had a wetter summer is revealed.

While parts of eastern Kentucky saw near or even slightly below average rainfall totals, the majority of western Kentucky endured a very wet stretch.

In northwestern areas, including the tri-state area of Indiana, Illinois, and Kentucky, rainfall surpluses of up to 7 or more inches are found.

Some of these excessive amounts came over a relatively short amount of time and lead to flash flooding concerns over the last couple of months. 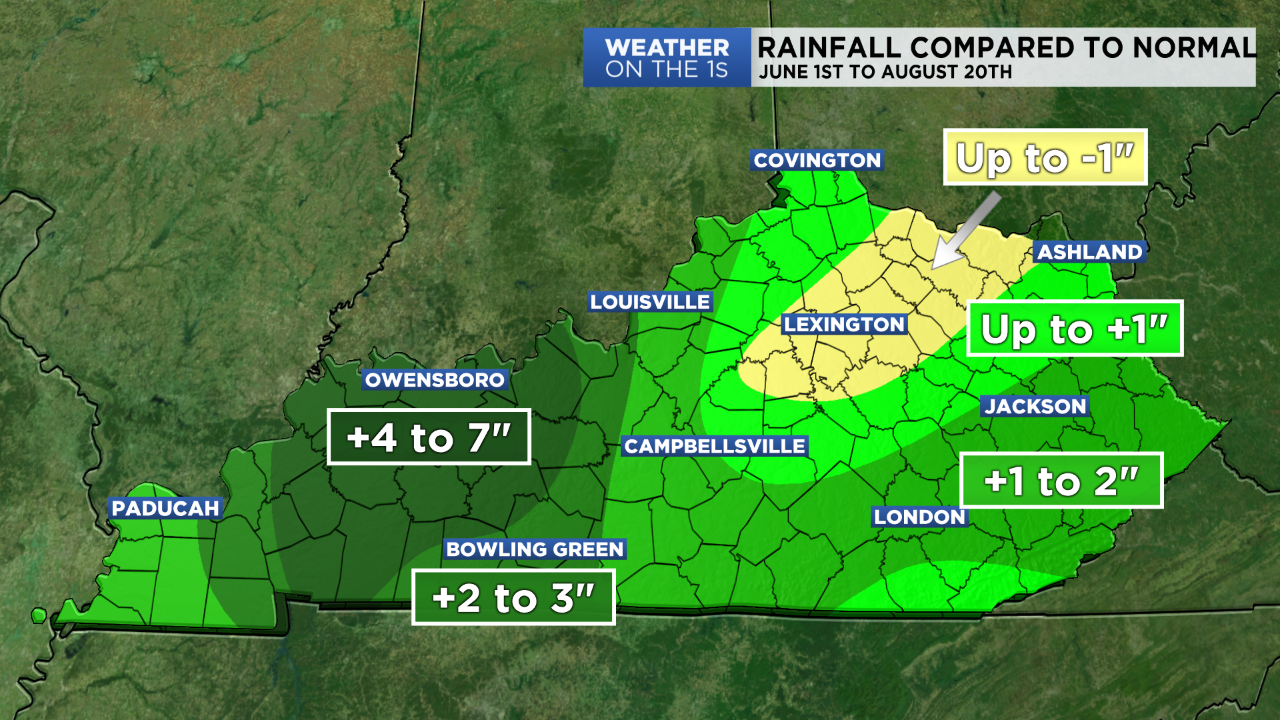 On a positive note, the relatively wet summer has eliminated any drought status from Kentucky as of August 20th.