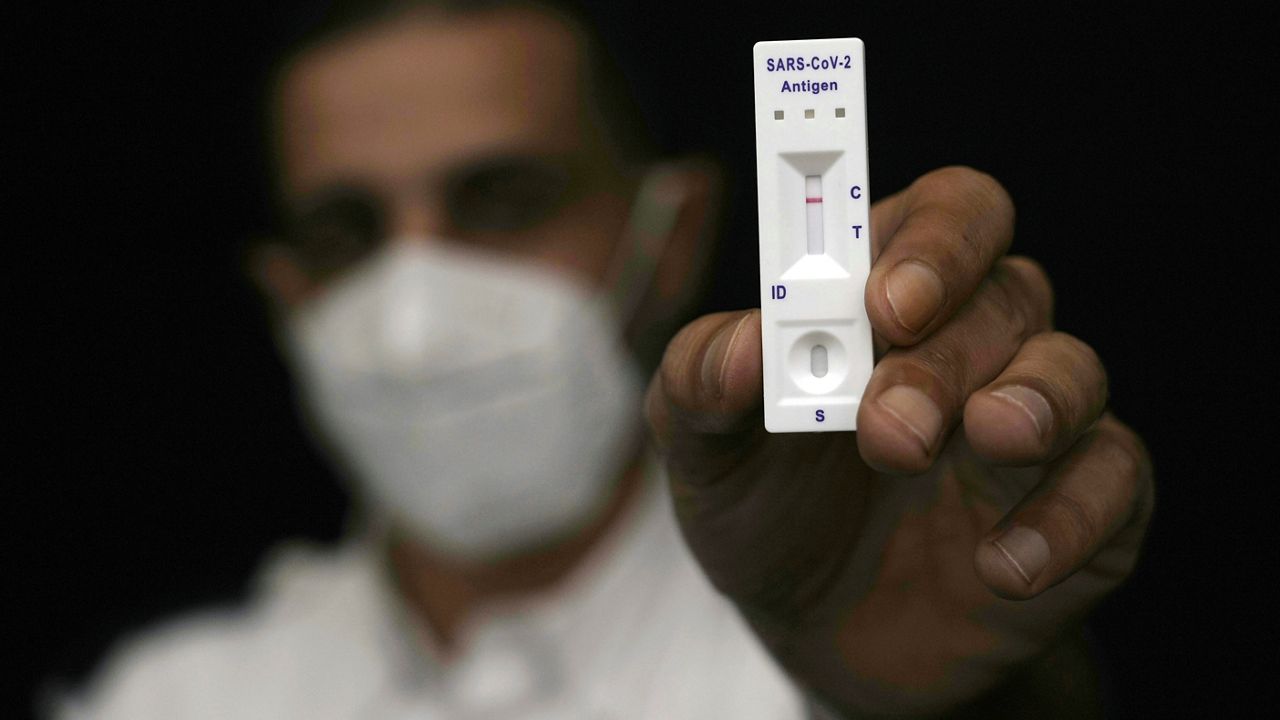 On Monday, the White House announced it would pause sending out free at-home COVID-19 tests this coming Friday.

According to COVID.gov, every home is eligible to order a third round of free at-home tests before the looming deadline.

The Biden administration blamed Congress for not providing "the COVID-19 funding [they] need to replenish the nation’s stockpile of tests."

"We have warned that Congressional inaction would force unacceptable tradeoffs and harm our overall COVID-19 preparedness and response—and that the consequences would likely worsen over time," a senior administration official familiar with the matter told Spectrum News.  "Unfortunately, because of the limited funding we have to work with, we have had to make impossible choices about which tools and programs to invest in—and which ones we must downsize, pause, or end altogether."

"The administration has been clear about our urgent COVID-19 response needs for months," she continued.

Pierre reiterated that Congressional inaction could cause unacceptable trade-offs and "harm their preparedness and response."

"It's expected to see the federal government move away from taxpayer funds used to purchase tests and allowing the commercial market to take over as we transition to a state of endemicity," Amesh Adalja, a senior scholar at Johns Hopkins University Center for Health and Security, told Spectrum News.

Adalja said he hopes the transition isn't going to be "too disruptive" and wants it to be done in a way that allows people to get tested.

Biden and former President Donald J. Trump have tried to get private insurance companies and Medicare and Medicaid to foot the bill for COVID costs.

"But the point was, the point has always been, that as we move out of the emergency as COVID becomes more manageable, the federal government was going to transition away from being the sole purchaser and distributor of the countermeasures for COVID to the commercial market, which we use for other respiratory viruses," Adalja continued.

Back in January, The White House began sending out kits to Americans – allowing four rapid tests for each household. Zip codes with high COVID rates and deaths were prioritized. The administration touted its "600 million free tests to mailboxes and doorsteps across the country in U.S. territories, and at overseas military bases."

The Wall Street Journal reported that the Department of Health and Human Services intends to hold a planning session on Tuesday that would bring together representatives from drugmakers, pharmacies and state health departments all invested in the COVID-19 treatment industry.

"The administration will continue to work within its limited existing resources to secure as many additional tests as possible," a senior White House aide told Spectrum News.