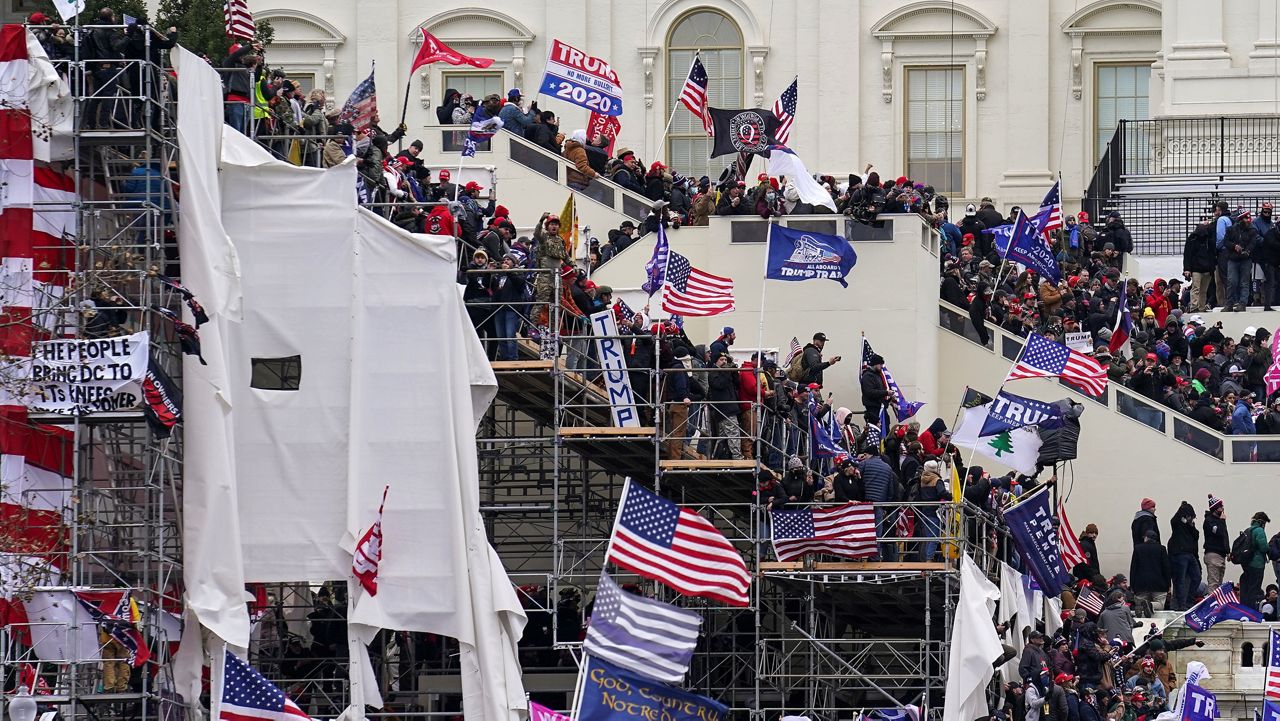 McConnell 'interested' in Jan. 6 panel revelations: 'What they’re seeking to find out is something the public needs to know'

Though many Congressional Republicans are dismissing the House special committee's investigation into the Jan. 6 riot at the U.S. Capitol, Senate Minority Leader Mitch McConnell, R-Ky., is looking forward to its results.

“I think the fact-finding is interesting. We’re all going to be watching it,” the Kentucky lawmaker told Spectrum News. “It was a horrendous event, and I think what they’re seeking to find out is something the public needs to know.”

McConnell made headlines earlier this week when he offered comments about the committee, which seeks to provide the most comprehensive report yet on the deadly Jan. 6 insurrection, which saw supporters of then-President Donald Trump storm the Capitol in an attempt to disrupt the certification of Joe Biden's electoral victory.

Earlier this week, at a press conference, McConnell made waves when he said that “we’re all watching, as you are, what is unfolding on the House side, and it will be interesting to reveal all the participants involved.”

McConnell’s comments to Spectrum News came in a sit-down interview one day before his tour of tornado-ravaged areas of Kentucky.

Though McConnell acknowledged that he has faced some criticism from Trump in the last year year, he largely brushed them away.

He did, however, offer some reflection upon his 2021 accomplishments as Minority Leader.

“I think it’s both what you do, and what you try to stop. We feel good about the infrastructure bill,” McConnell said, which he supported “because it’s good for the country…not to mention the $4.6 billion that will come into my state to help us with some major projects,” such as a bridge connecting Kentucky and Ohio that he noted has been “languishing.”

But he argues that initiatives led by President Joe Biden and Democrats, such as the American Rescue Plan, have not been in the best interests of the country, blaming the plan, and the Biden administration, for “massive inflation” around the country.

“Honestly, I try to look for things we can do on a bipartisan basis,” McConnell said, “but I think this new administration and its allies in Congress have made a pretty big mess of almost everything.”