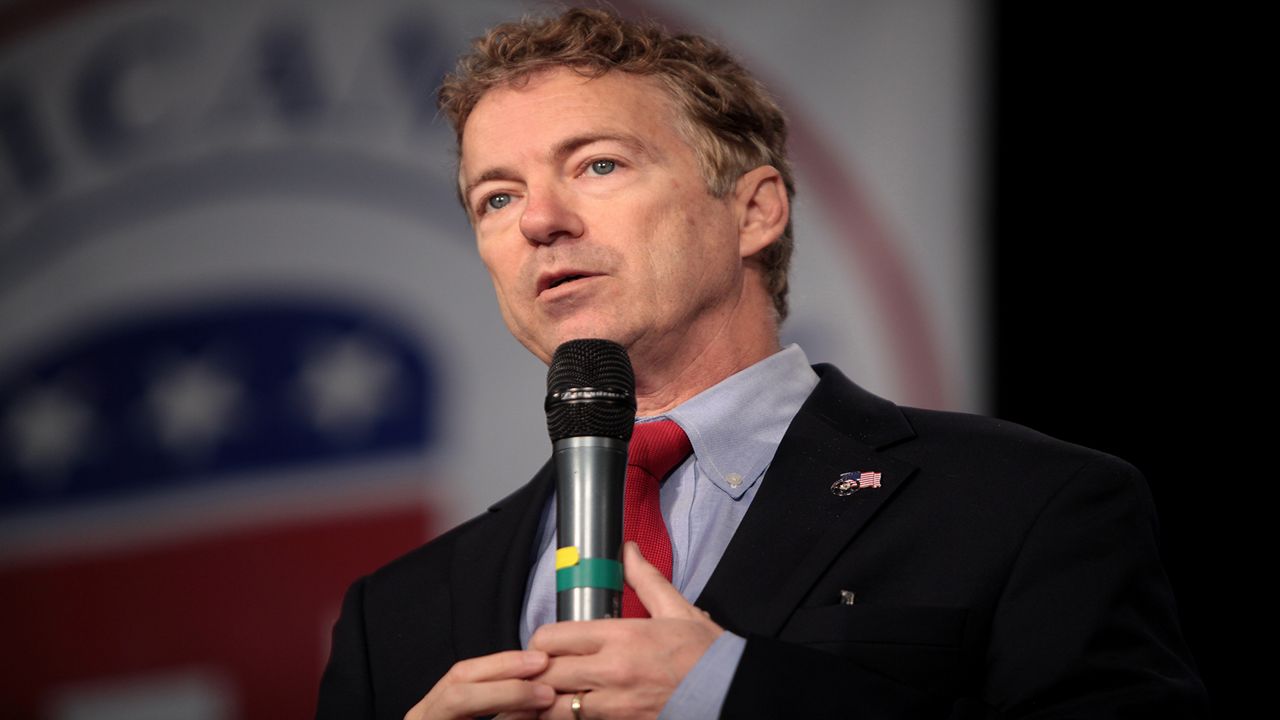 Sen. Rand Paul Frequently Calls Attention to the Federal Deficit: Is He Making a Difference?

WASHINGTON, D.C. - After running for president in 2016, he became one of the more recognizable members of the United States Senate.

Rand Paul often spends his time calling attention to the federal deficit, even when it provokes outrage from his colleagues in Congress, like his recent opposition to the 9/11 Victim Compensation Fund.

In his Summer 2019 Waste Report, Paul sounds the alarm about what he describes as excessive government waste, including international aid.

"I think we have to look at aid and see what works and what doesn’t work. A lot of aid through the years has been stolen so for example, we often give it to leaders who say I will be pro-American if you give us this money and it turns out that a lot of it goes to graft," said Paul, in an interview with Spectrum News Tuesday in his Washington office.

With the federal deficit exceeding 1 trillion dollars, Paul’s report raises concerns about the 2 million dollars being spent by the State Department to strengthen democracy in Tunisia, the ten million dollars from the U.S. Agency for International Development to advance environmental policy in Peru and the portion of a nearly half a million dollar grant from the Nation Science Foundation to study the mating calls of Panamanian frogs.

"If there is a way to have us do more trade with countries and allow American businesses or international businesses to invest in countries, particularly up and coming developing countries, I think capitalism and trade are better than government to government money," said Paul.

"What do your constituents stand to gain when you speak out about bloated government funding? Your constituents might look at you and say, this is great that he’s this advocate but what is he actually doing for me," asked Washington reporter Eva McKend.

"You are right that I’m not having as much success as I would like but that’s why you tell the people about it and maybe they will get angry enough to elect new people or call their people and say why do you keep voting for this waste," said Paul.

A member of the Senate Foreign Relations Committee, Paul is closely monitoring the response from the recent attack on Saudi Arabia’s oil facilities and says the president shouldn’t move forward without finding out who is responsible.

"I would say to the current president what I said to the previous president and what I will say to anybody, no matter what party it is, my oath is to the Constitution and the constitution clearly says that a declaration of war, the United States going to war has to come from Congress," said Paul.

In Paul's office, in the Russell senate building, hangs a picture of the senator playing golf with the President but he doesn't always side with Trump.

He won’t vote for the President’s plan to give tariff-impacted farmers more federal support.

"I understand the President’s desire to get something done and to have China play more by the rules but I think if we don’t get to a solution, we don’t get to an end, I fear that the economy will get worse and already farmers are suffering. The answer isn’t to punish them and then give them tax payer bailout. The answer is let’s get rid of the punishing tariffs," said Paul.