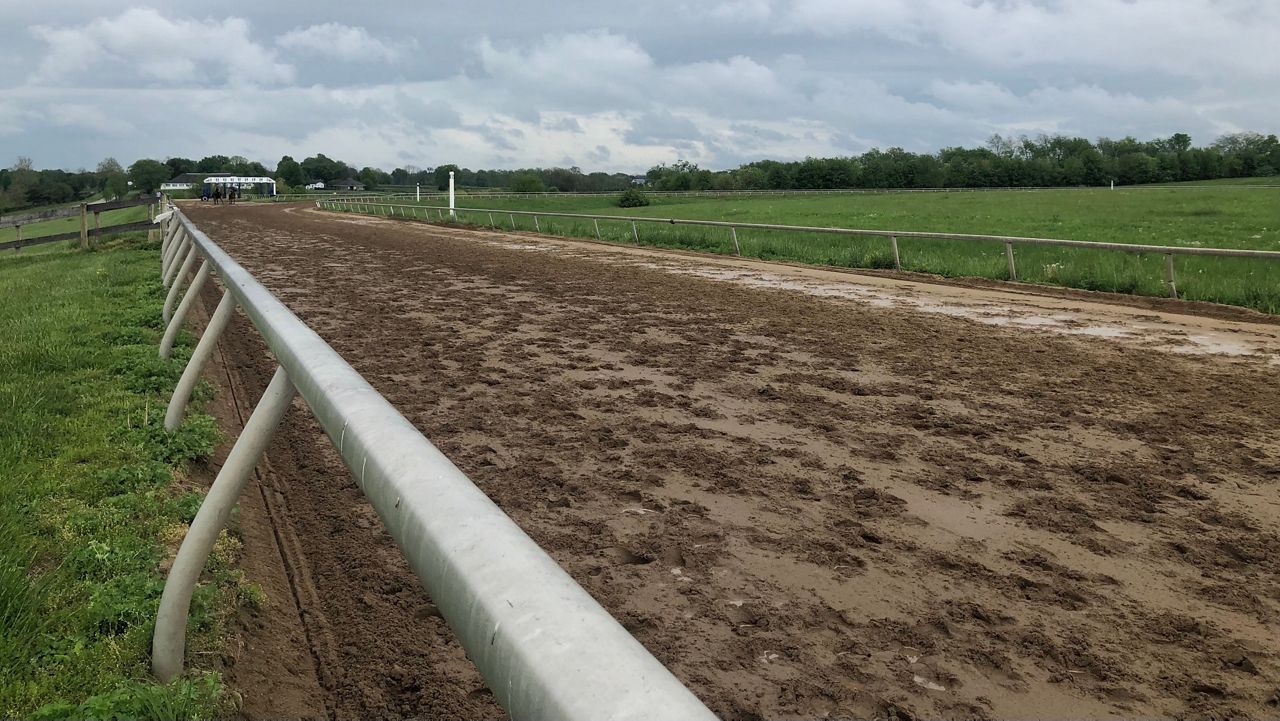 Trainers at the Ashwood Training Center in Lexington were told they have until the end of June to move their horses and get off the property. (Spectrum News 1/ Crystal Sicard)

LEXINGTON, Ky. — Horses trainers at a training center in Lexington were told they have until the end of June to move their horses and get off the property.

Everything Avery Faircloth owns, he says, is due to race horses.

For nearly 30 years, Faircloth has been a horse trainer, and a part of Ashwood Training Center for the past 14 years, at least until earlier this week.

“The only thing we got was an eviction notice,” Faircloth said.

Tommy Short, another horse trainer on the property, says with rumors spreading, the eviction has been unclear.

“I’ve heard rumors they were building a soccer camp here. I don’t really know. I really have no straight answers and have no idea who they supposedly sold it to,” Short said.

Ashwood Training Center is in Lexington, with a dirt track and home to nearly 300 horses. Faircloth and Short say it’s not necessarily about the notice, it’s about trying to find spaces to keep their horses where they can train.

And Short says it could lead to the end of a 41 year career.

“I still enjoy it and love it, but man, I’d have to give it up if it means me having to move my family away somewhere else,” Short said.

But the closure would not only impact the horse trainers, it would impact workers, groomers and families. Faircloth says, impacting hundreds of people.

“It’ll affect the economy around here a little bit you know because these people put in the stores and stuff around here the feed stores you know the little shops and stuff,” Faircloth said.

Horse trainer Sam Semkin says Kentucky is known as the Horse Capital of the World, but believes there’s not enough space for everyone.

“And they tell people to bring your horses and run. But there’s no place to put them. So how can you sit there and say that stuff? I mean, naturally the most money that’s where the people are gonna come, but where are you gonna put them,” Semkin said.

Ashwood Training Center did not respond when asked for a comment on the closure of the training center, but trainers like Faircloth, Semkin and Short are hoping to get some help from others in the industry to find new homes for these horses.

The horse trainers say they have until June 27 to move out and find a new location.