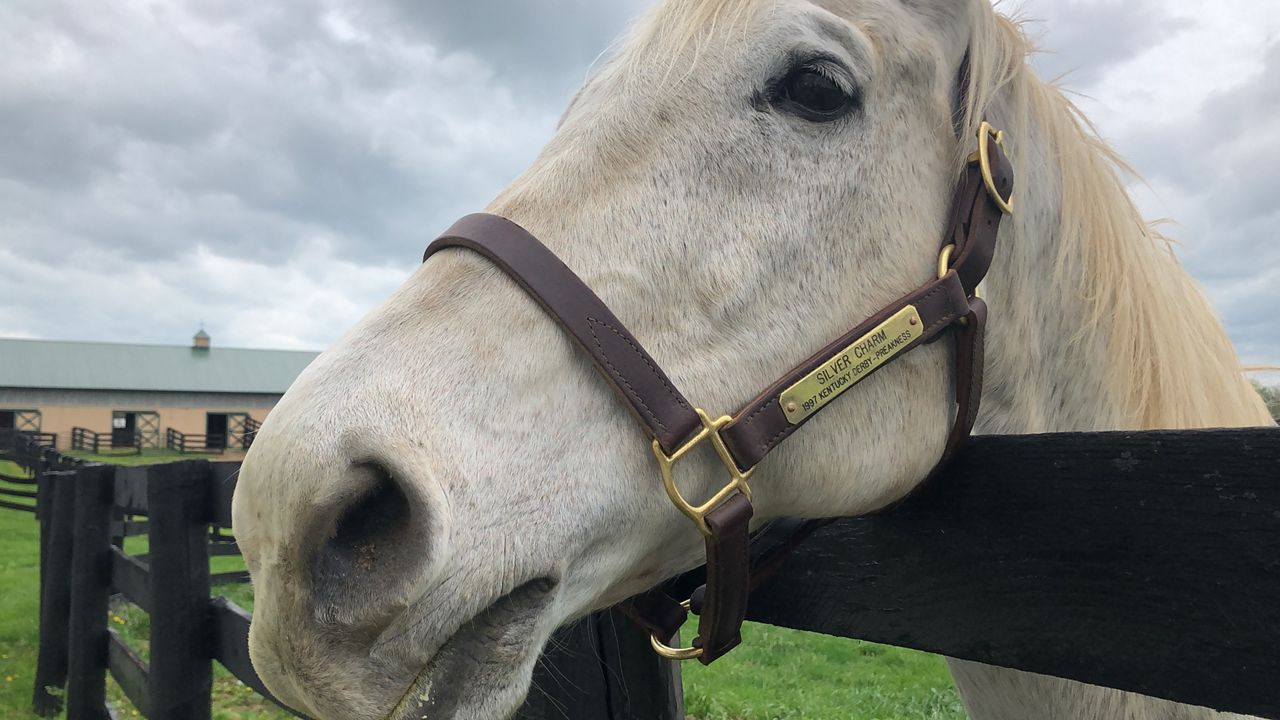 GEORGETOWN, Ky. — The oldest living Derby winner is enjoying his retirement in Georgetown, along with many other horses at Old Friends Farm.

Michael Blowen, owner of Old Friends Farm, has 141 retired race horses, including the ashes of the 2002 and 1999 Derby winners, Charismatic and War Emblem.

But one of Blowen’s favorites is Silver Charm.

“He got a great disposition. He is the perfect horse to carry the mantle for the Kentucky Derby,” Blowen said.

A horse with many accolades in addition to the Kentucky Derby, Silver Charm won the San Fernando, the Prestigious Dubai World Cup, placed second in the 1998 Breeders’ Cup Classic and has been inducted into the Thoroughbred Racing Hall of Fame.

He's a horse that brings people from all over the world, and has taught Blowen to eliminate stress in his life.

“I tell him we're both at the same precipice, we're looking over the edge,” Blowen said.

Silver Charm has a lot to be proud of, Blowen said. He added that it’s a blessing to have such a great horse representing the Derby right here on his farm.