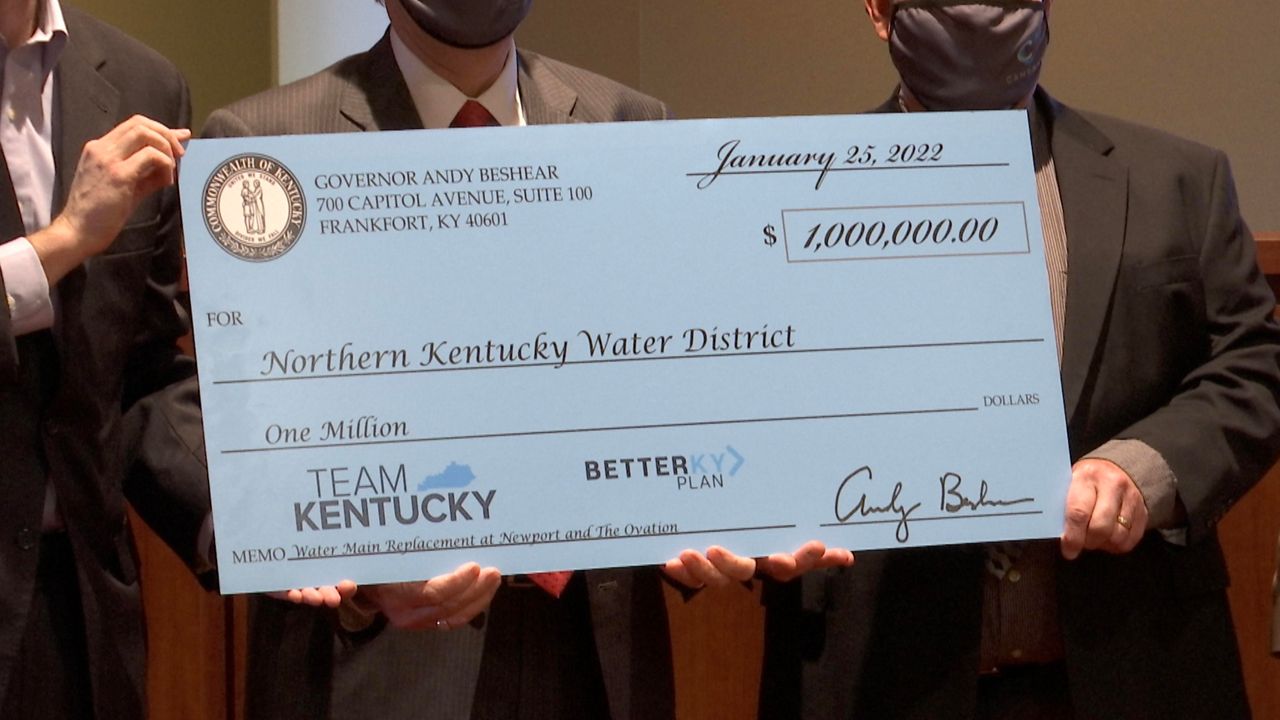 In some neighborhoods like Walnut Hall n Independence, failing septic systems threaten the safety of residents, and call into question the reliability of waste water.

“Anytime you have a failing septic system, it’s bad. They are all in varying degrees. Some aren’t horrible. Some are worse than others,” said executive director of Sanitation District No. 1 Adam Chaney.

But now $5.1 million will go toward extending water service to these neighborhoods, and that’s just in Kenton County.

The awards include $4.8 million in Campbell County, $6.1 million in Kenton County, and $8.5 million in Boone County.

This comes out of the $250 million in the Cleaner Water Program, thanks to bipartisan agreement in the state legislature.

“Modernizing our water, and our waste water systems is essential for the commonwealth. And it’s the right thing to do,” Beshear said.

Beshear said these investments will also help stimulate the economy. He said every million dollars out into water and wastewater projects creates 15 full-time jobs.

“It’s essential because water and wastewater, and your capacity can be the key to getting that next economic development project. I can’t tell you how many companies, before they even come to see one of the sights that’s out there, is asking about amounts and capacity of water and wastewater to the site,” Beshear said.

Things like drinking water, sanitary sewer service, and having enough water pressure to fight fires are easy to take for granted. But those aren’t all given everywhere in the state. This investment aims to change that.

“So this is really the definition of cleaner water,” Chaney said.

Beshear said these are grants, not loans.

“These are dollars that help protect ratepayers while investing in the projects, and knowing that those costs won’t be passed on to ratepayers is an even bigger win,” he said.

Read more about the investment, and view a full list of projects.