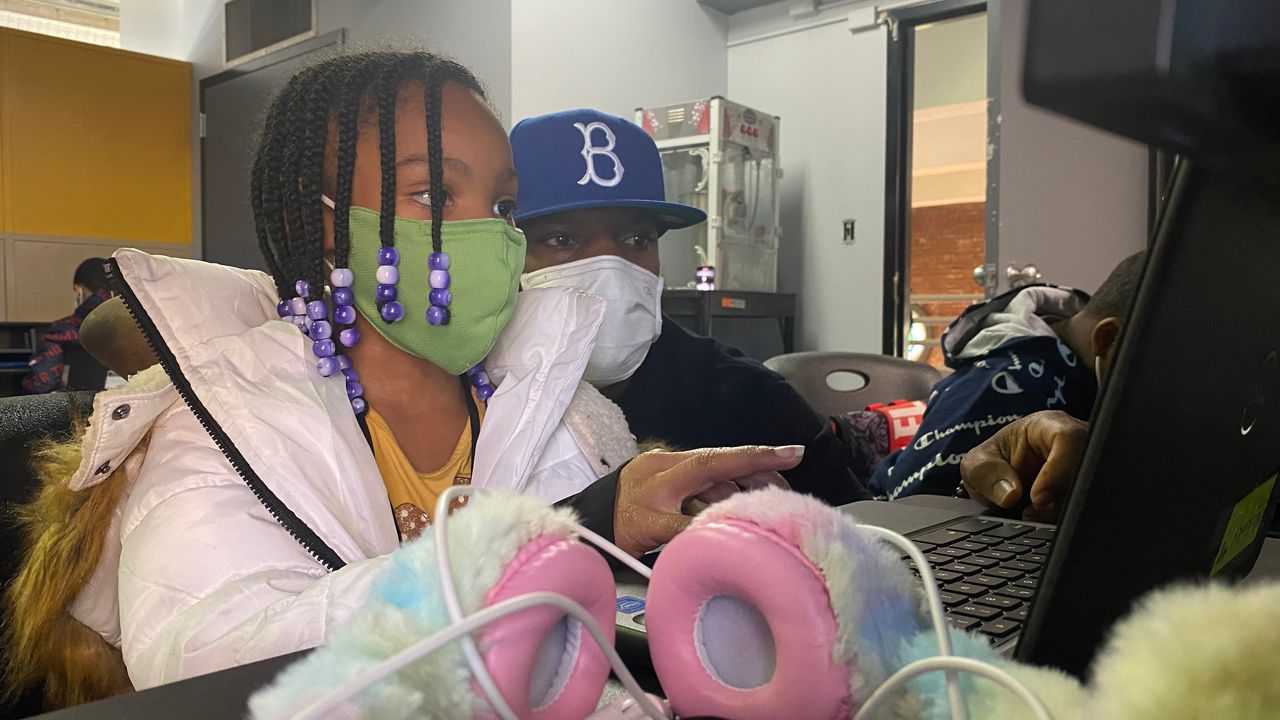 LOUISVILLE, Ky. — With schools in the Louisville Metro pivoting to online learning this week, parents were left with little time to figure out childcare for the week. One Louisville man borrowed space at a YMCA to help students of working parents.


Nine-year-old Aariona Wilson was not excited to return to online learning for a week.

“I really don't like NTI because I gotta wake up, I gotta get on a computer, which I want to my friends in person and my teacher,” Wilson said.

Asia Cotton, a mother of two who works to provide for her family while her children are at school, had a bigger concern.

“I would probably quit my job and that’s the only thing I could possibly do," Cotton said. "I am the backbone."

Demetrius McDowell, knowing that might be the case for working parents, borrowed space at the Downtown YMCA to use an NTI hub.

“The parents that did bring their children here actually was on the way to work. Like everybody that brought their kids had their work uniforms,” said McDowell.

McDowell supervises and assists a dozen students with school work from 7 a.m. to 3 p.m.

It's one initiative of Mcdowell’s nonprofit, Bosses Not Bangers, that aims to keep young people out of trouble and promote entrepreneurship.

“I took a gun to school at 14 years old. I left home ran away and embraced the streets, and for one brief, not brief, but for a long time, I thought that that was my only way to make an income out of the streets until I started learning real estate. I bought some property, small businesses investing in myself,” said McDowell.

He’s using his platform to be the outlet he wished he had as a child.

“I would like for the kids to know that somebody cares. I just want them to take away from this that Bosses Not Bangers provided a place in space for me to do my curriculum. They there for me to talk to they care,” said McDowell.

According to Cotton, that message is clear.

“My kids was excited to come back. ‘Mama, we got to do this mama we got to do that.’ I mean, it makes a difference because when they want to come, they get to learn and have fun,” said Cotton.

Learning in-person is Wilson’s first pick. Her second choice is this hub.

“I like being here more than the house because my sister is 12-years-old and my other sister is 2-years-old, so I feel like they get on my nerves sometimes. So I don’t have to be here with no babies, so I’m just peaceful,” said Wilson.

As soon as she gets home, she’ll be loving on her baby sister.

McDowell encourages any community organizations or members who want to get involved to support Louisville’s youth to reach out.