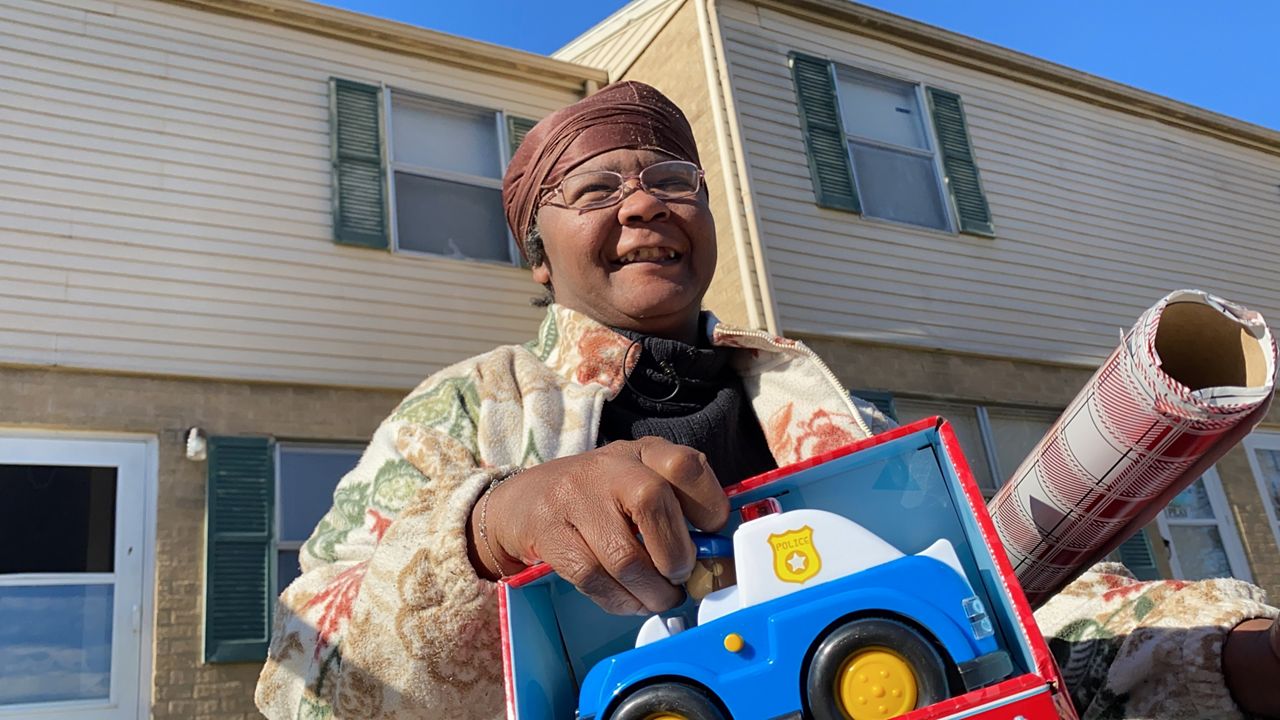 Tammy Dunlap smiles in front of her Mayfield home with the gifts she received from Operation Christmas Tuesday. (Spectrum News 1/Diamond Palmer)

Mayfield volunteers ensuring no child goes without a toy this Christmas

MAYFIELD, Ky. — Operation Christmas Tuesday in Mayfield made sure every standing home in the town of 10,000 gets a four day supply of food, water and gifts for the holiday season. The event was hosted by the City of Mayfield, Graves County and Graves County Emergency Management.


No child in Mayfield will go without a toy this Christmas thanks to these volunteers. Tammy Dunlap is a Mayfield born-and-raised resident whose home was not affected by the tornado, but two of her ten grandchildren lost their home in the tornado. Dunlap received gifts for her grandchildren to help ease their worries this Christmas. 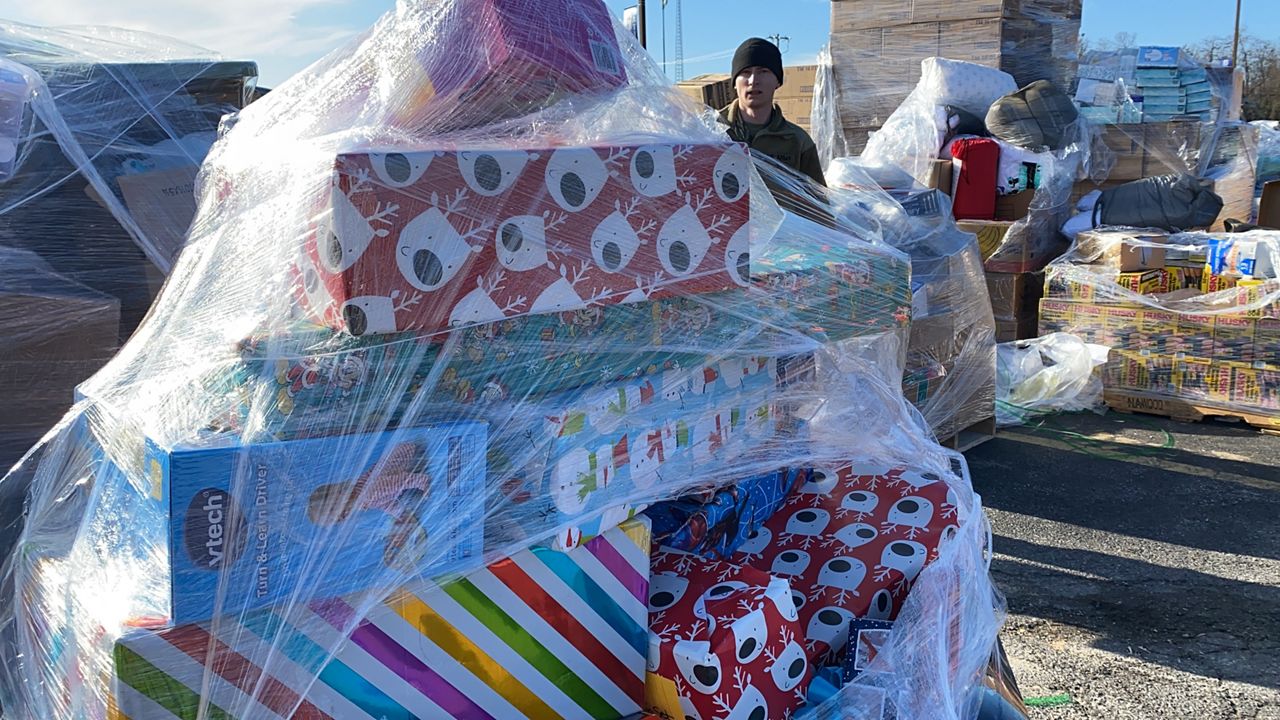 “I got a Barbie for my nine-year-old granddaughter and I have a truck for my grandson, he’ll be one three days after Christmas,” said Dunlap.

Two of Tammy Dunlap’s ten grandchildren were in their home when the EF-4 tornado ripped off their roof. It was a traumatic experience for Dunlap’s family. Now, they’re living in a hotel with the items they were able to salvage.

That's why Dunlap is thankful for operation Christmas Tuesday. The Kentucky National Guard – along with 350 volunteers – made sure every standing home in Mayfield was showered with love and essentials for the holiday season. Tracey Warner who serves as the OEM director with Graves County Emergency Management helped organize the event.

“We’re going to give them food, water and other supplies. It might not be what they need but if they say I need toothpaste and stuff, we say we don’t have it on trucks, you write their name, address and phone and write toothpaste,” said Warner. 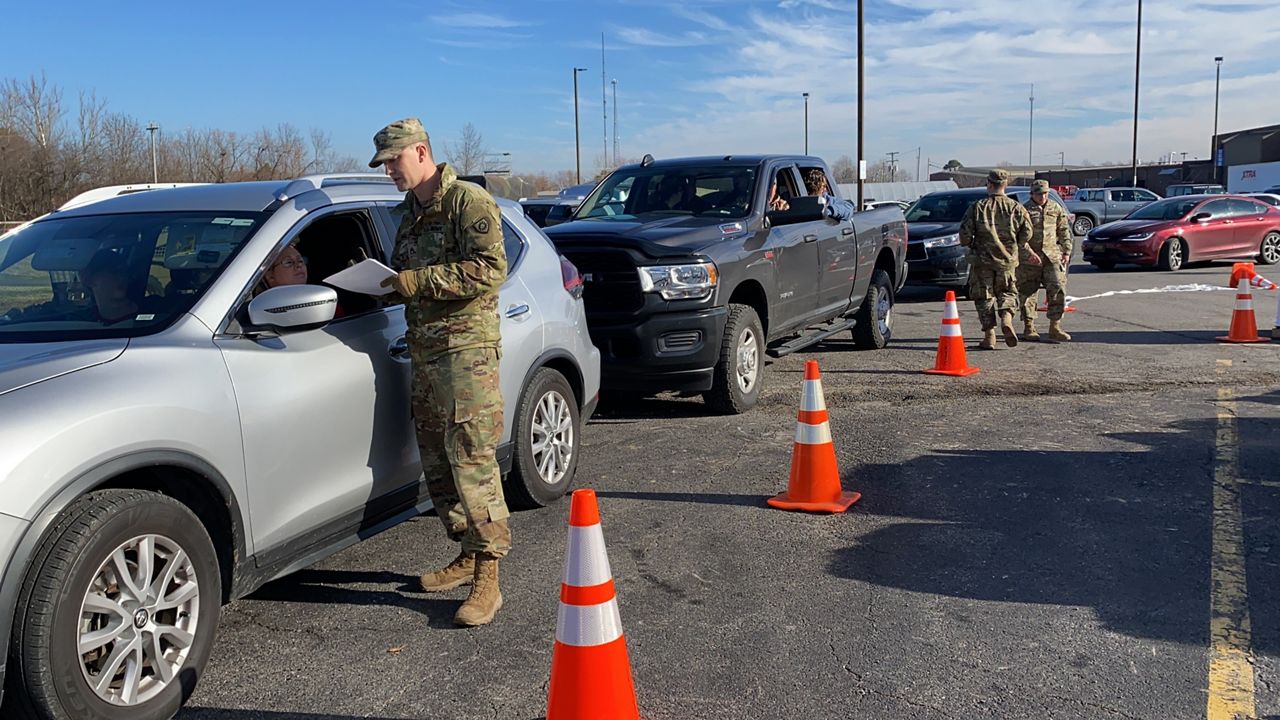 Dunlap never thought she’d see this moment for her son and her grandchildren. She’s shocked by the generosity of her community.

“He lost his roof off his house, it tore the roof off. He said momma ‘I don’t have no roof! The birds are flying around in my house’. Then my granddaughter my nine year old said ‘how was Santa going to come visit when he didn’t have anywhere to live to bring the presents?’,” said Dunlap.

Toni Tilton volunteered for Operation Christmas Tuesday, drove in from Paducah, loaded her truck up with gifts, food, water and toys.

“I almost had to insist that she take something but I explained to her that was what we were here for. I gave a case of water because that’s the only food stuff she asked for and then I asked her about grandchildren,” said Tilton.

Dunlap made sure to be considerate of her community members in Mayfield. Although she has ten grandchildren she only took what she needed.

“I don’t want to get a whole lot because there’s other people that need it as much as I do. There’s some kids that didn’t have anything this year or what get anything or have no place to live, or truly don’t have. No where to go see Santa Claus,” said Warner.

Dunlap can now provide light to a dark situation for her family. Mayfield Residents in need of tornado relief can call the Graves County Tornado Relief hotline at 270-727-5114.