LEXINGTON, Ky. – Jason Hatfield bought an old school bus this past November, but he admits he was unsure why at the time.

Hatfield and his wife, Kim, are part of a group of off-road enthusiasts in the small community of Rush, an unincorporated town straddling the line of Boyd and Carter counties in eastern Kentucky. The group calls itself the Rush Cartel. It began this past August as a Facebook group co-founded by Hatfield and fellow off-roader Steven Newsome.

“When we saw what had happened in western Kentucky, the devastation with the tornadoes, we knew we needed to do something,” Hatfield said. “I got a message on our Facebook page from another member who wanted to do something.”

He said he saw other organizations and school districts were having “Stuff the Bus” campaigns to gather and distribute donated items. 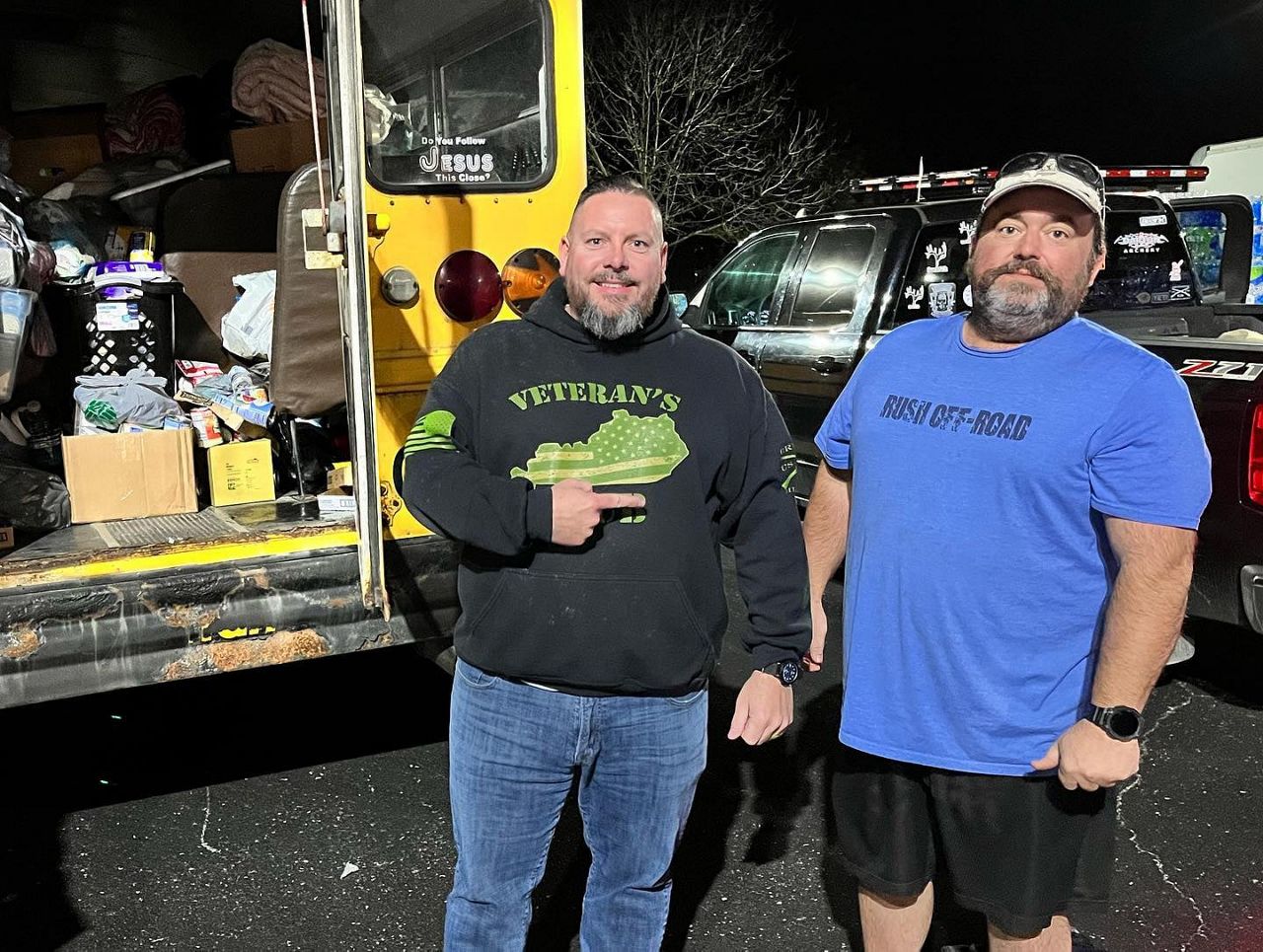 “Many of the other efforts were set to deliver items in six or seven days,” he said. “I know these people needed help immediately, so at 5 p.m. that Saturday, I posted on the Rush Cartel Facebook page that I would be at Walmart with my bus from noon-7 p.m. the next day to accept donations.”

Hatfield said that when he arrived at Walmart, people were waiting to donate. By 2 p.m., he had to call two more members of Rush Cartel to bring trailers to accommodate the donations of emergency and essential items.

“When we shut down that night, they were all packed to the hilt,” he said. “It was then when I knew why I bought that bus.”

The donations were driven to an area outside Mayfield and given to a veterans group that dispersed the items on Tuesday morning.

“I've never seen anything like it,” Hatfield said. “People donated money to pay for gas and would just bring us whatever we needed. You couldn't walk through the bus. You either had to open the back door or the front door of the bus.”

“We filled the bus with brand new toys,” Hatfield said. “We had a guy volunteer to drive them down, and he's delivering them Wednesday at noon. There are probably 1,000 toys, brand new in the box ranging from infants to bicycles. It's just amazing. I've never felt such support from a community. It is just mind-boggling.”

After the tornado struck, Hatfield also started a GoFundMe page to raise money. It has raised $3,000 to date and he said the total would be disbursed in January.