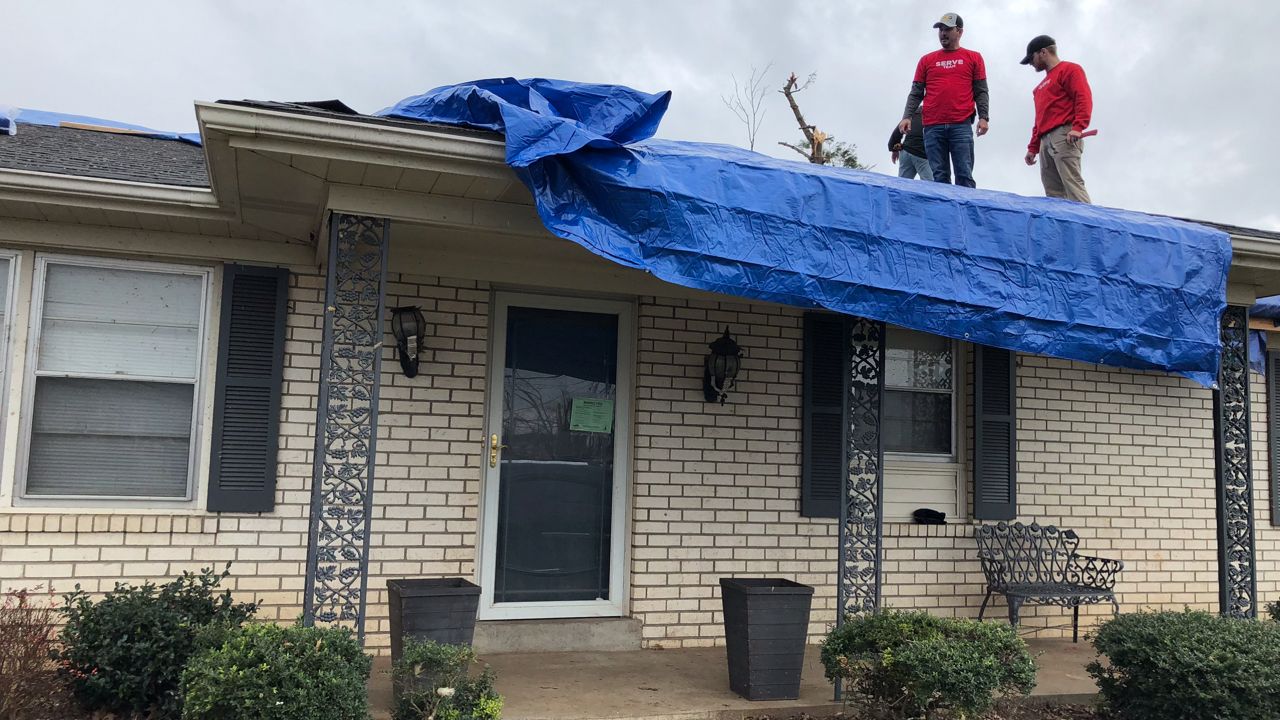 “Obviously, they are very, very fortunate, but they have a lot of stuff that’s in the attic and there’s a hole in the roof,” Chris Early said.

Early owns S&K Powder Coating in Bowling Green, and he spent Thursday helping his office manager cover her home before the rain came in.

“You want to get out there as soon as possible and try to help people,” he said. 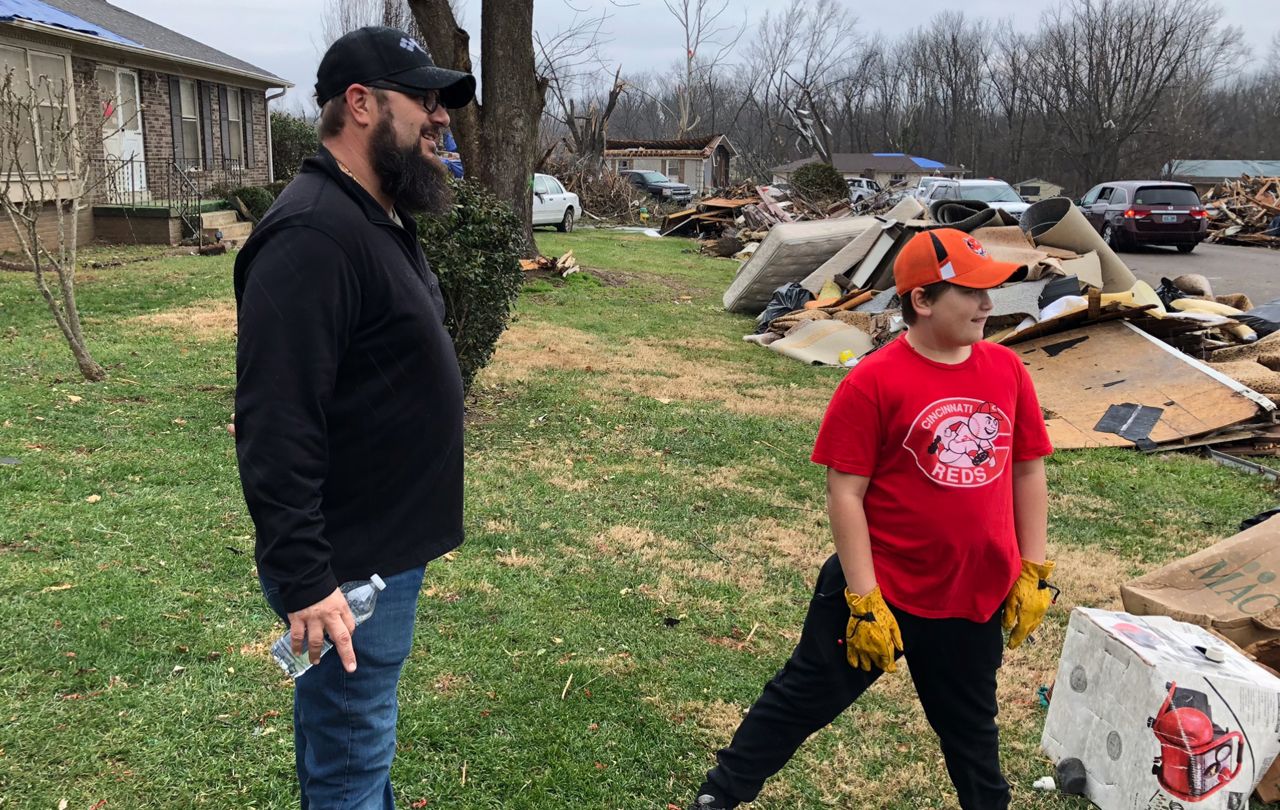 Early said he met the homeowner, Hester Whitfield, earlier this year and instantly wanted to hire her to help with things around his shop.

“I have six people, not including her, that work for me, and every one of them, we call her ‘Miss Hester’ or ‘Mama Hester’,” he said. “She is just the sweetest and I would do anything for lady.”

Other homes surrounding hers near Whispering Hills Boulevard were leveled by last weekend’s tornadoes.

“And she’s not crying over her stuff or anything like that,” Early said. "She knows that God had his hand over this house."

Early wasn’t alone, either: members of LifePoint Church from Clarksville, Tennessee came to patch the roof up, and the Realtors Association of Southern Kentucky walked around providing lunch.

“We’re just out here trying to help as best we can because there has been a major disaster here and we just want to help people,” Cindy Payne with the association said. “That’s what it’s all about.”

Among all the down trees, power lines, and mangled homes, Early said he sees a lot of people helping their neighbors.

“We’re a week and a half away from Christmas and you don’t think about Christmas right now. It’s not about the gifts,” he said. “It’s not even really about the fellowship of the family. It’s getting people that have lost loved ones and are displaced; loving on those people right now. That’s what the Christmas spirit needs to be.”