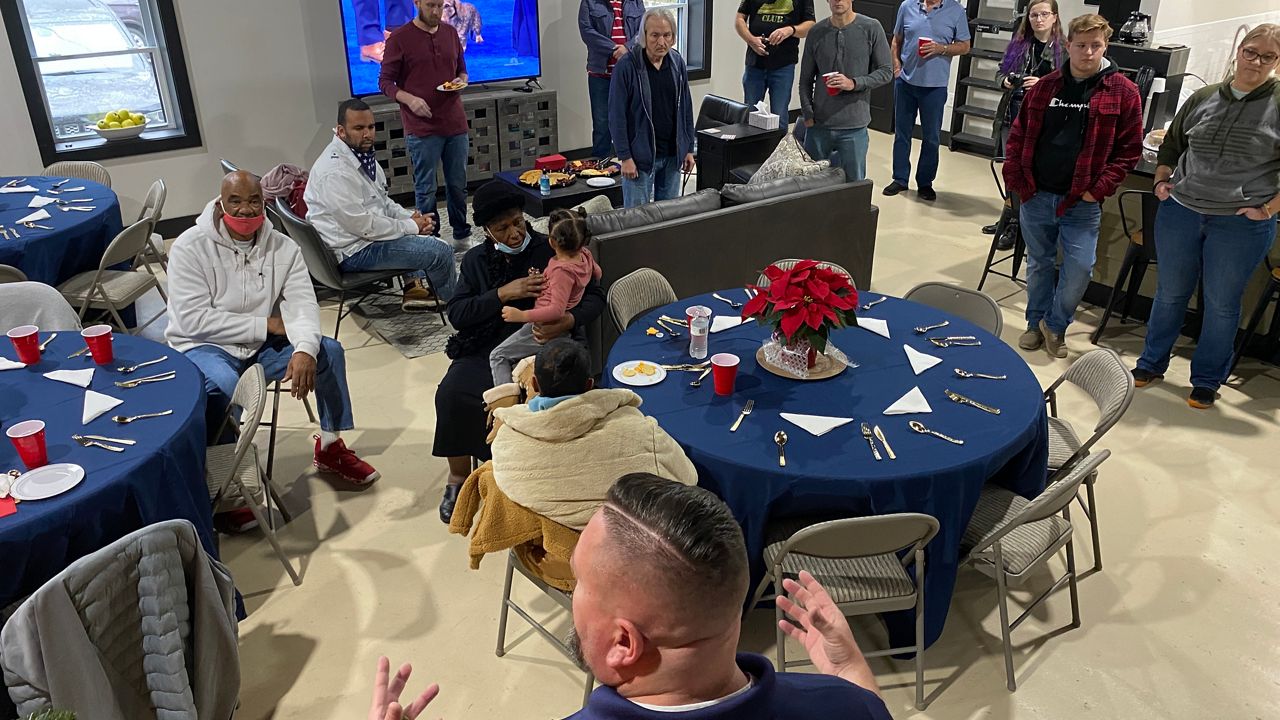 SHELBYVILLE, Ky. — After spending nearly 3 years defending our country, Richard Hayes now dedicates his life to veterans who have experienced the same journey as him post-service.

“A lot of things were going on with me when I got out of the service,” Hayes said. “When I came back mostly I stayed in Oakland, California. I had been on heroin and stuff like that too.”

Hayes, a Vietnam War veteran now volunteers at the VA to help veterans through a variety of topics including homelessness, substance abuse and suicide prevention.

“It was a preacher, a prostitute and a biker helped me get off the heroin and everybody says that sounds like a joke but no its not a joke. These were people that were on it and recovered and help me get off of it too,” Hayes said.

Nearly 50 veterans were in attendance for the thanksgiving dinner hosted by the Veteran’s Club. In hopes that every veteran and their family has a place to celebrate the holiday.

“Any given night there are 40,000 veterans in the United States who don't have a home, who don't have a place to lay down,” Jeremy Harrell, CEO of the Veteran’s Club Inc. said. “11% of the homeless population is veterans so we want to make sure they understand that just because they're in this circumstance today doesn't mean they will always be there.”

An event that wasn't available to Hayes when he returned home from war but is now thankful it exists.

“The definition of homeless is not owning a key to your own place. there's so many people, there's even families like that too so we gotta find out what is going on with them to let them know that people care,” Hayes said.

Hayes has now been sober for 14 years.

The Veteran’s Club Inc. will be hosting a similar event on Dec. 23 at the Marine House in Louisville.