After a record year of production in 2020, around 10.5 million barrels of bourbon are aging in warehouses across Kentucky. (Brandon Roberts/Spectrum News 1 KY)

Meeting the demand: Nearly 10.5M barrels of bourbon being aged in Kentucky

LEXINGTON, Ky. — Kentucky distilleries produced a record amount of bourbon in 2020. Kentucky Distillers Association president Eric Gregory said even with a more than 8% increase in sales, nearly 10.5 million barrels are aging in warehouses across the commonwealth.


The 2.5 million barrels produced in 2020 and the 10.5 million barrels currently aging are all-time highs, eclipsing what was made and aging in 2019. Gregory said the stockpile, which is enough for 2.5 barrels of bourbon for every 4.51 million people in the commonwealth, results from unprecedented levels of production and demand, pandemic disruptions and ongoing trade wars.

Kentucky's bourbon production has been burgeoning since the turn of the century, increasing 436% since 1999. The commonwealth’s aging bourbon inventory has increased 200% during that time while the total number of all barrels has nearly tripled, according to the Kentucky Distillers Association (KDA).

KDA statistics show bourbon in Kentucky is an $8.6 billion industry that employs more than 20,100 people with an annual payroll of more than $1 billion. Distillers also are in the middle of a $5.1 billion capital investment campaign to satisfy the global demand for Kentucky's signature spirit.

Gregory said retaliatory tariffs and ongoing trade wars pose severe threats to global exports. The European Union (EU) imposed a 25% tariff on American whiskey and other goods in 2018 in response to a U.S. tariff on steel and aluminum. As a result, Kentucky bourbon exports to the EU and the United Kingdom — the state's largest whiskey export market — have been cut in half, according to data from the Kentucky Cabinet for Economic Development. Overall bourbon exports to the U.K., the fourth-largest market for American whiskey, declined by 53% from $150 million in 2018 to $71 million in 2020. It could get worse, Gregory said, as the EU tariff on American whiskey is set to double to 50% on Dec. 1.

"Our industry is collateral damage in trade disputes that have nothing to do with bourbon," he said.

Another reason for the high number of aging barrels is a lack of the required glass. Katie Farley, of the public relations department at Brown-Forman, which owns Woodford Reserve, Old Forester and several other brands, said getting the glass used to bottle the bourbon has hit a snag. 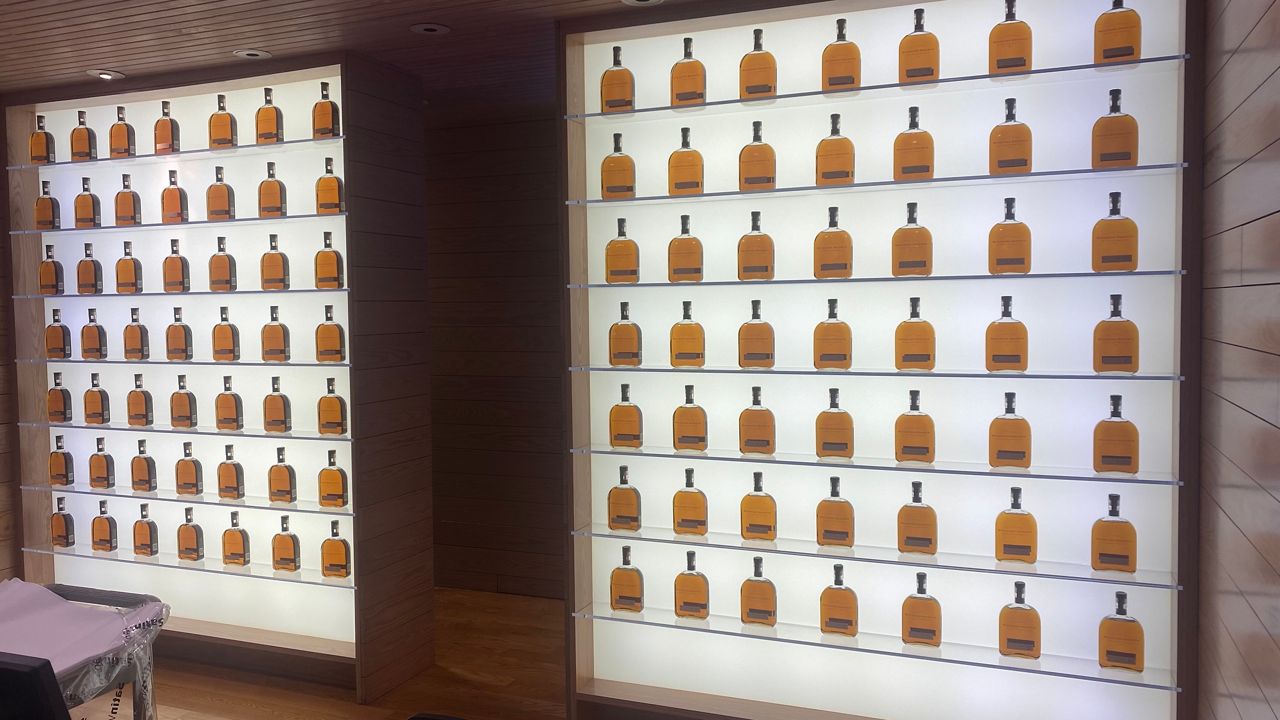 Bottles of Woodford Reserve on display at the distillery's gift shop in Versailles, Kentucky. A glass shortage has kept the Brown-Forman brand from bottling the bourbon at its normal pace. (Brandon Roberts/Spectrum News 1 KY)

"There are only two suppliers in the country that supply the type of glass used for food and beverages," she said. "We can't get that glass because of the overall demands of the food and beverage industries."

Farley said Versailles-based Woodford Reserve, which houses 5,000 barrels in its historic Warehouse C and 256,000 barrels in four other warehouses, is currently building more storage space on some property in Midway.

"Everybody is in a building spree right now," Gregory said. "Contract storage is really hopping right now, too, because everybody is trying to find the bridge between where to store it now and how long it will take to get a warehouse built, especially with the price of lumber and the construction supply chain problems these days."

Gregory said the commonwealth's overall bourbon stockpile is more the result of expansion and demand than COVID-related supply chain problems. Gregory cited free trade agreements adopted in the 1990s that led the bourbon industry on a path with zero tariffs and leveled the playing field with scotch and other world whiskeys.

"We've been undergoing a major global expansion since," Gregory said. "In the 10 years before 2018, global exports were up almost 100%. Many distilleries started expanding production, building warehouses and increasing bottling lines to meet the growing global need."

Gregory said the EU’s tariffs on American goods, including whiskey, “put the brakes on the freight train that was Kentucky bourbon."

"We're three years in now with those tariffs, and our exports have plunged by 30 to 40% to many global markets and 50% to the U.K.,” he said. “We keep on hoping, and we keep hearing positive word that they're going to have some announcements here soon to get those tariffs settled, hopefully, so we can get back to our business of making great whiskey and sending it out for the world to enjoy."

Gregory said he is often asked why production has increased while the tariffs are hurting the export market. He said the "blessing and the curse" of Kentucky Bourbon is it cannot be made overnight.

"You're looking at four, six, eight or 10 years before that barrel's dumped and bottled," he said. "The hope is, and if we still have tariffs in six or eight years, we're really going to be hurting, but the hope is the policies change, administrations change, and by the time this bourbon comes of age and is ready to be bottled, these tariffs and those trade wars will be over."

Distilling remains the highest taxed industry in Kentucky, paying more than $300 million every year in state and local taxes, according to the KDA. Economic impact studies show Kentucky leads the nation in federal excise taxes on alcohol, paying $1.8 billion annually, with almost all coming from distillers.

Because bourbon-aging barrels are considered property, they are subject to an annual property tax in Kentucky. Every year a barrel ages, it is taxed. A bottle of 18-year-old Elijah Craig has been taxed 18 times before it was bottled and barrel taxes have increased 140% over the past 10 years, Gregory said.

The tax-assessed value of all aging barrels is now $4.4 billion, the first time it has surpassed the $4 billion mark and is a $589 million increase over the previous year. Kentucky distillers will pay a record $33 million in aging barrel taxes in 2021, which have increased by 140% in the past 10 years, Gregory said. 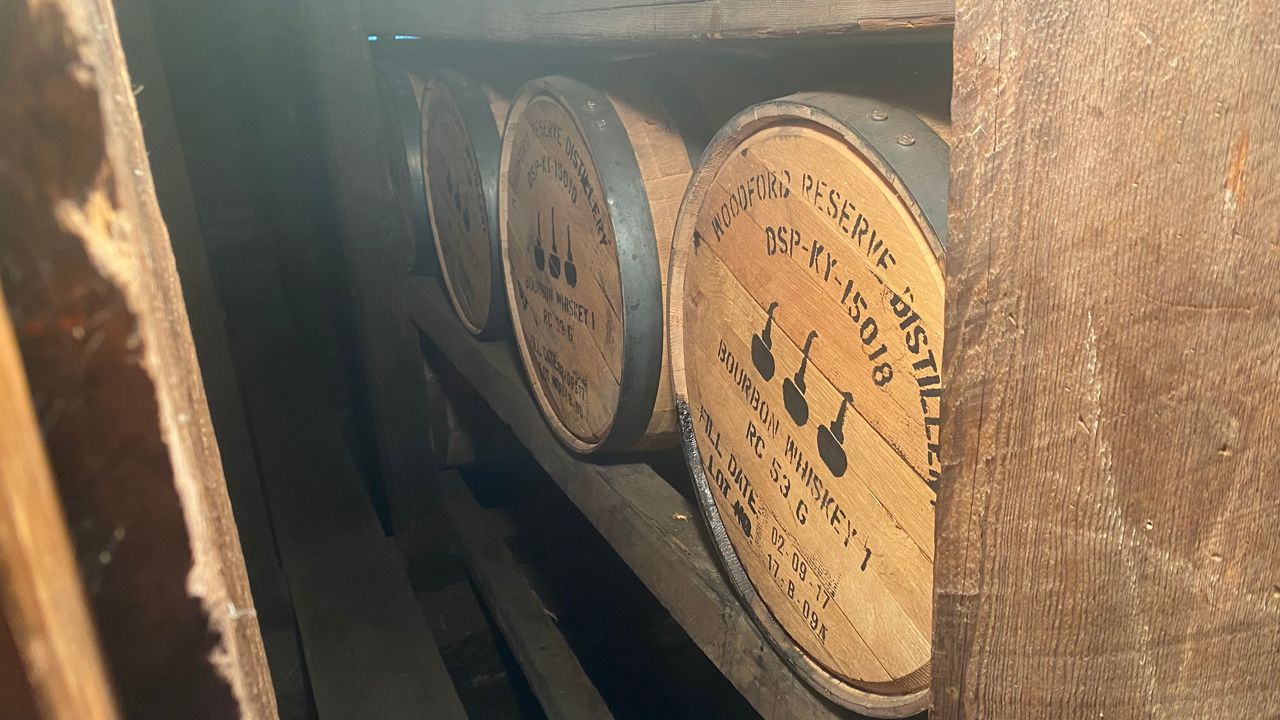 "It's harder for Kentucky to attract new craft distillers because other states that are trying to build their distilling monopolies are using those taxes against us," he said. "It's like recruiting in basketball or anything else. Why do you want to go there when they charge you a tax on all your aging barrels when you can come here without that tax and automatically get going? [The tax] has been around for 100 years. It's just time we do away with it because it's a production tax. We don't really tax any other production products in Kentucky other than the spirits."

"It's hard for them to afford to let a barrel sit for years and tie up capital while it's waiting to be aged," he said. "A lot of the smaller craft distilleries turn to things they can produce almost overnight, like vodka, gin, mezcal — things they can produce pretty quickly that don't have to be aged. That helps them get revenue coming in while their bourbon is aging. Another thing that really helped to craft distilleries is the tourism component. Now that they can sell cocktails and things, they can do events, and that really helps bring in some much-needed cash while they're bourbon's aging."

David Meier, owner of Glenns Creek Distillery in Frankfort, Kentucky, said bourbon is a "crazy business" and a "gamble." He typically keeps about 500 aging bourbon barrels in his warehouse.

"Everybody is building warehouses now because everybody wants a 15-year-old bourbon, so it has to sit for 15 years," he said. “When you look at the lag time between when you distill it and when you're going to sell it, companies double down when times are good, but they're anticipating that those times are going to continue to be good five, eight, 10 or 20 years from now. That's the dilemma right now. Everybody's cranking up production, but it's not going to hit the market for several years. Between now and then, who knows what's going to happen to the demand?"

Meier said when Bourbon production peaked in the 1960s, distilleries were doubling down and increasing capacity and warehouse space. His distillery sits in a valley on a set amount of land. He said at some point, many distilleries run out of room to build more warehouses and have to buy land, such as the case with Buffalo Trace in Frankfort. 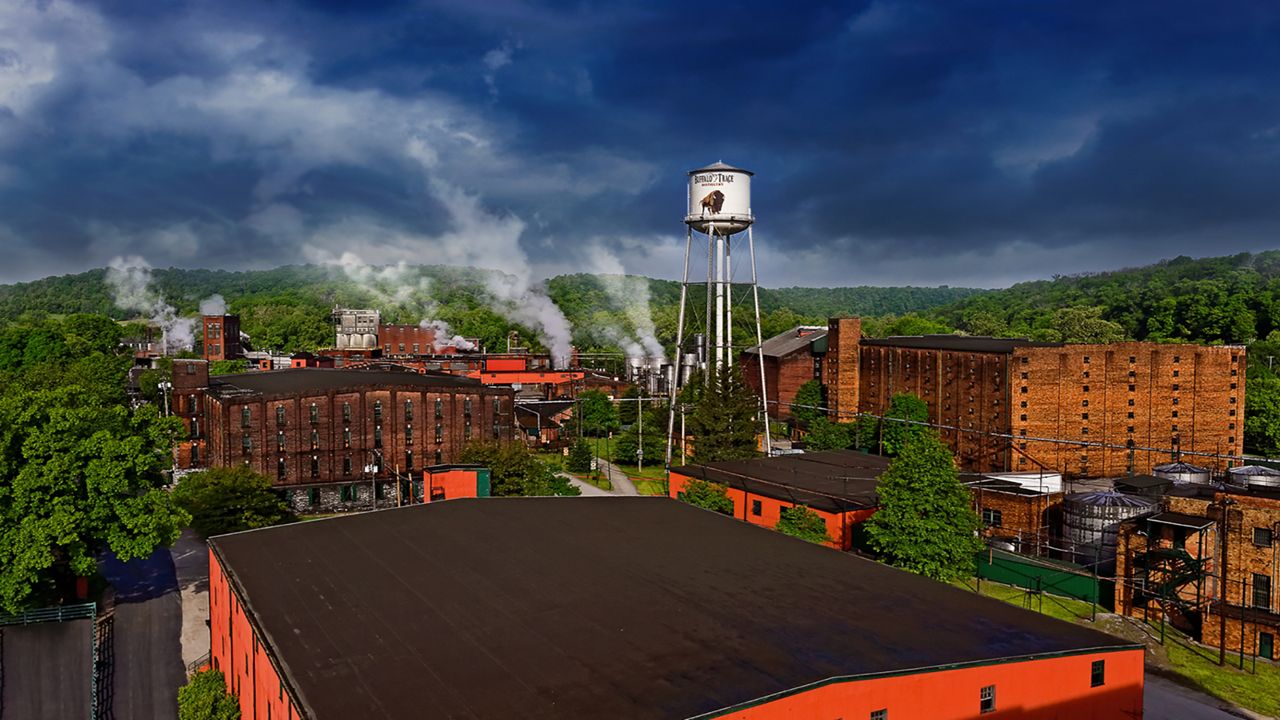 "The underlying issue is people want older and older bourbon, so that means you need more space because it's going to sit there longer. If you're a little distillery in Lexington, like the barrelhouse or Bluegrass, you have to store the bulk of your product somewhere else, mostly because of city code. When you're out in the countryside and you've got enough land, and if you have the finances, you can increase storage space. Some places don't have an option at this point but to expand. It's unlike any other business in terms of manufacturing and producing something for sale. Any other manufacturer, you can make it today and sell it tomorrow. With bourbon, it is make it today and wait and wait and wait. At that point, hopefully, there will still be a demand for it."