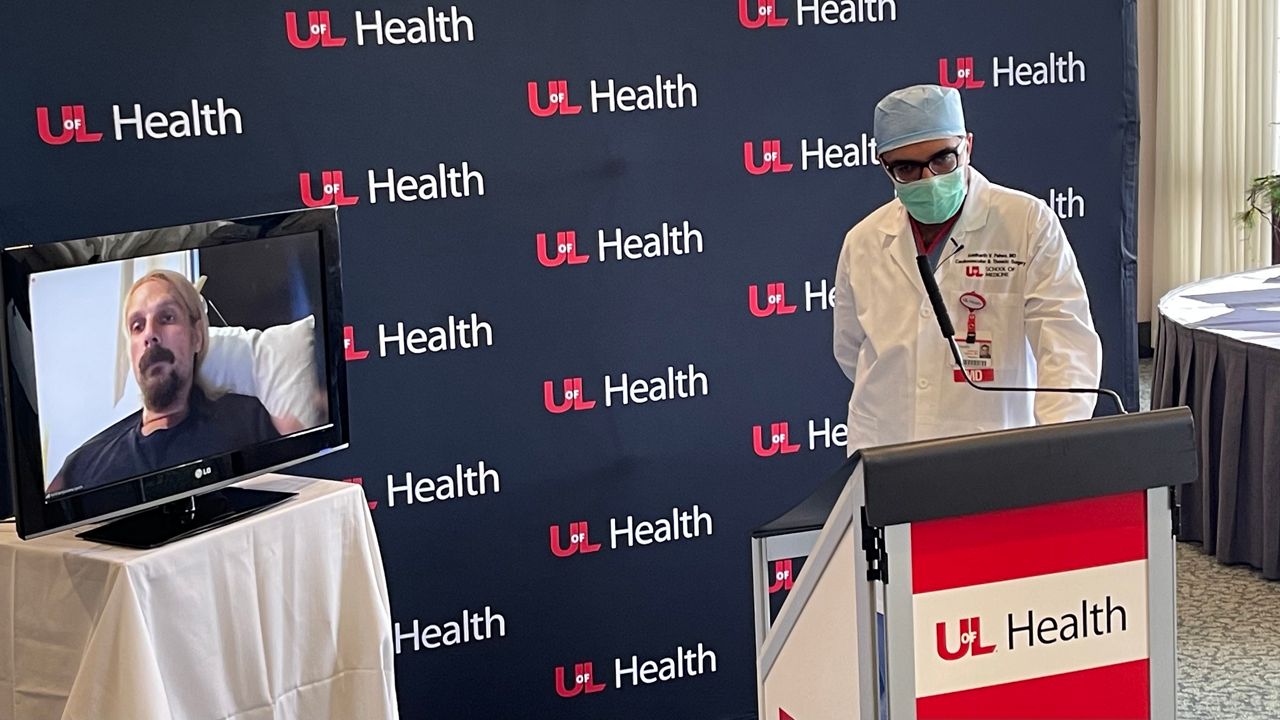 LOUISVILLE, Ky. — The guitarist for Judas Priest is recovering at home following a near-death experience during the iconic band’s performance at Louder Than Life last month.


Judas Priest guitarist Richie Faulkner is grateful to be alive as he opens up about his near-death experience on stage.

On Thursday, Faulkner told Spectrum News 1, "The more I read about it, the more astonishing it is to me, I think, I even one made to the hospital."

In front of thousands of fans during the band’s performance at Louisville’s Louder Than Life festival, the 41-year-old suffered a major medical heart condition.

It happened during the song "Painkiller" and somehow, he didn’t miss a single note.

"If you start feeling a few pains and aches and stuff, the first reaction isn’t to get off stage. You just kind of see if you can brave through it and give the fans what they asked for," explained Faulkner.

Moments later, the musician was rushed to a University of Louisville Health Hospital for treatment.

According to health professionals, aortic dissection is an often fatal condition in which a tear occurs in the wall of the aorta, the major artery carrying the blood out of the heart.

The aortic dissection might have killed the musician, if not for the quick action of the cardiothoracic surgery team led by UofL Health’s doctor Pahwa.

"The aortic valve had to be replaced by a steel or metallic valve. That’s why you know he has more metal and metallic. He has more metal than he had before, its a valve that we use in the younger population," explained Pahwa.

Pahwha and his team performed a complex, 10 and a half hour procedure repairing the aortic dissection, treating an aortic root aneurysm. The chance of survival? About 10%.

"There are about 70% to 80% patients who have their aorta ruptured and never make it to the hospital," said Pahwa.

This right place, right time scenario left the father of one feeling that the stars were aligned.

Faulkner noted if the set had been longer, he’s not sure he would’ve lived.

"I can only thank Dr. Pawha and the team for saving my life and giving me more time with my family and my baby girl," said the musician.

While continuing to recover at home, Faulkner has this advice for anyone who experiences any unusual symptoms.

"Listen, I’m 41-years-old with no history, you could be the same. Go and get checked, get in front of it if there’s anything like that, if not, great," suggested Faulkner.

Judas Priest has postponed the remainder of their tour dates as Faulkner continues to recover.

Doctors say Faulkner will continue to be monitored and will receive a CT scan every six months for the first year.