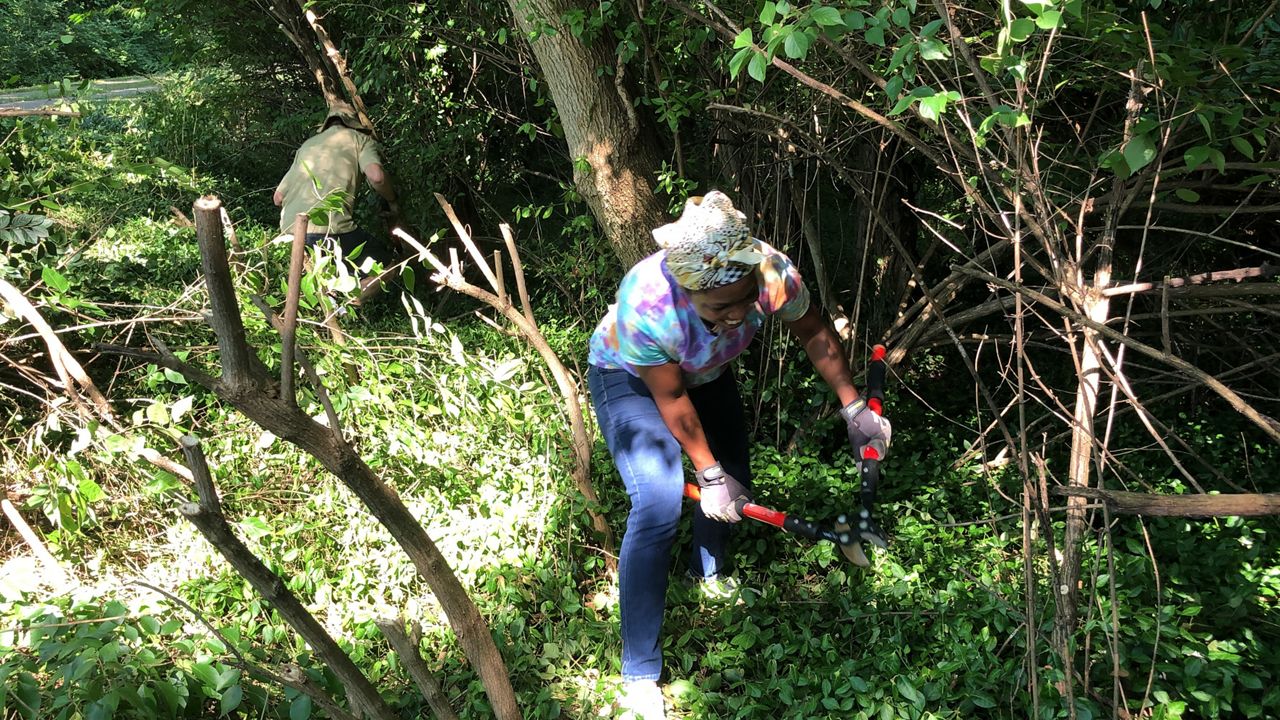 Milan Bush and another volunteer cut down shrubs in Huntertown outside of Versailles. (Spectrum News 1/Khyati Patel)

WOODFORD COUNTY, Ky. — It's an effort to preserve history. A group of volunteers in Woodford County are turning a Black free town into an interpretive park.


Spectrum News 1 first brought you the story last Sept. at the start of the project. Now it's about to open during its 150th anniversary at the end of the month.

Milan Bush was among volunteers who were cutting away the large amounts of shrubs that have grown covering the Huntertown village. 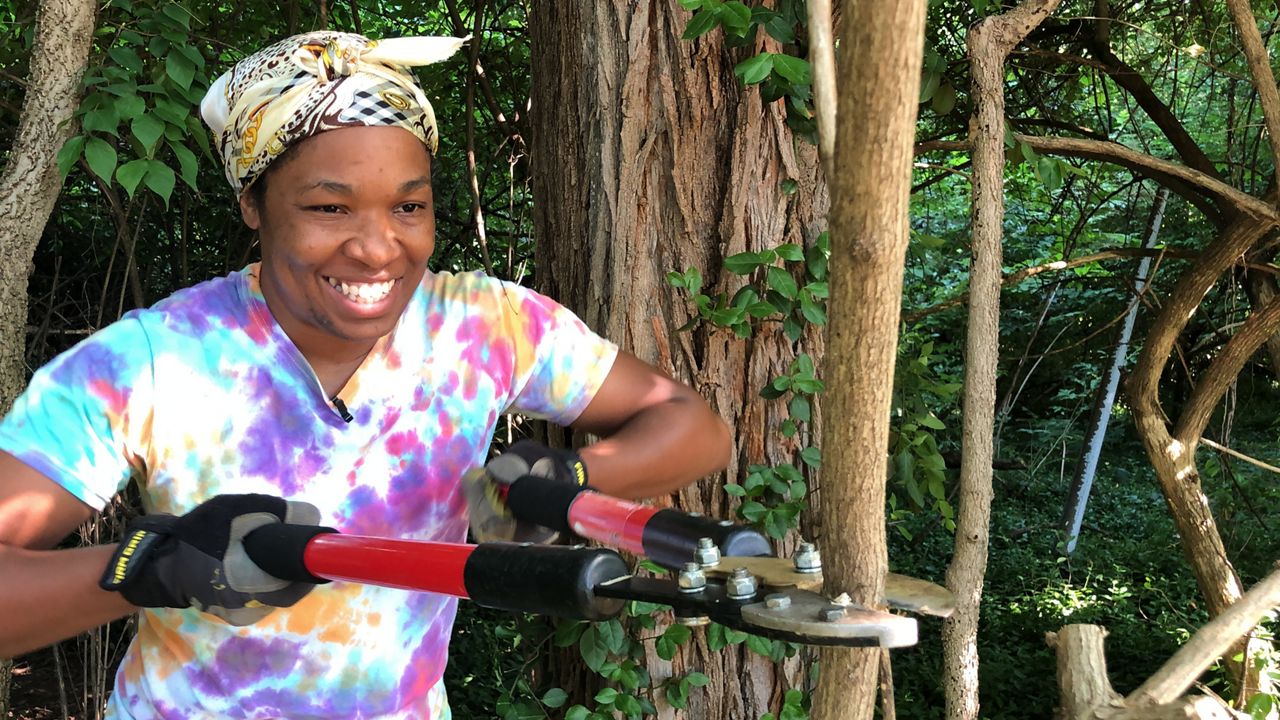 Milan Bush chops off large shrubs. The team of volunteers is gearing up to open the park at the end of August. (Spectrum News 1/Khyati Patel)

"Growing up being Black in America and you have a history and you learn U.S. history, a lot of it is very limited," Bush said.

The hamlet’s been hidden for several decades.

"To be an adult and realize that there was so much rich history that we just did not know about has really put me in a position to be really engaged in that now so it's really changed how I kind of review history," Bush said.

She said there are limited Black stories because a lot of Black history is shared through word-of-mouth.

"It teaches us the value of who we are and not like. My big thing when we know as history you learn that you know either we were slaved or we were enslaved, or we were fighting for our rights so there is no in-between oftentimes to show the real showcasing of what our ancestors did during those times that we don't talk about," Bush said.

"This project since I started doing with my students in 2016 has put a face on history, and especially in Woodford County," Finney said.

Later, they presented their findings to the Woodford County Fiscal Court with the hope of gaining support for the development of an Interpretive Community Park on the land.

"In the Civil War years there were more slaves than free people in Woodford County, the African American legacy here is deep, the roots are deep and so be able to tell the story of the Huntertown community, the people who lived here, and how they worked and played and took care of each other all those years is an important part of our history in Woodford County I always say history is our story," Finney said. 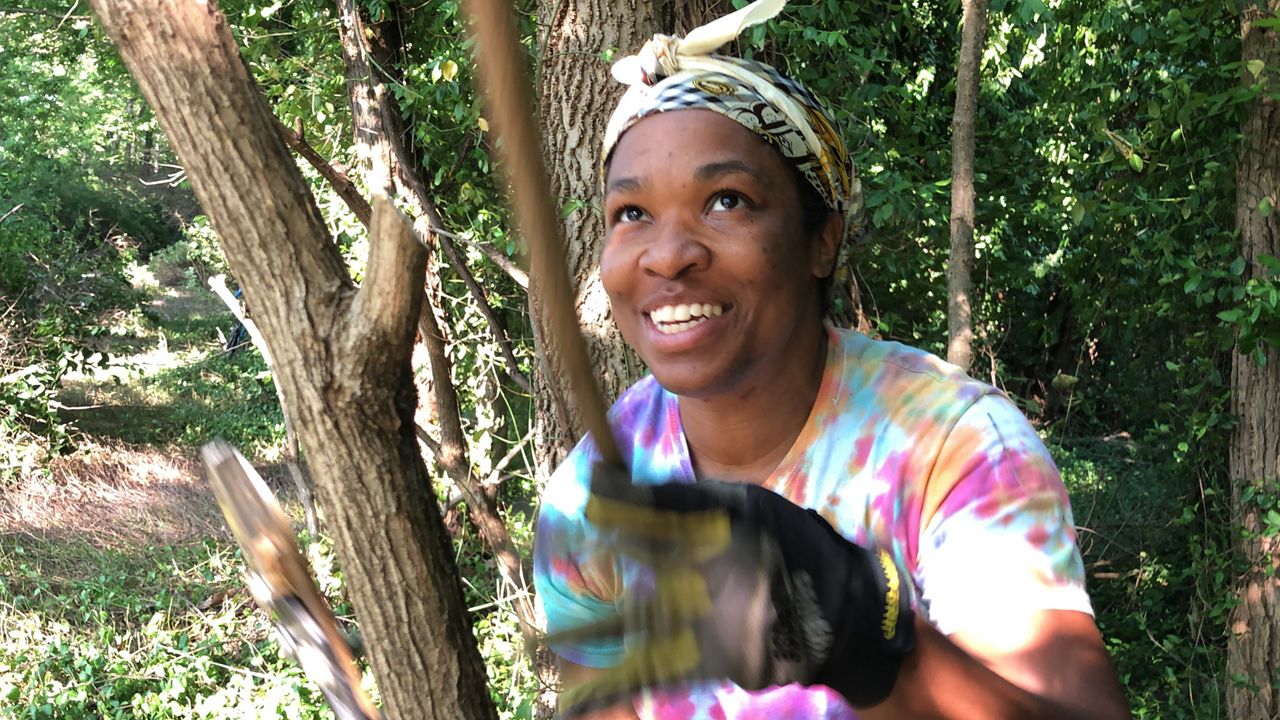 "It's a tradition handed down as oral histories handed down through the family, but we have now, with the help of former residents that lives here we have photographs of different you know different houses here and the people that lived here," Finney said.

Now the park will help spread the stories of the men and women who lived in 1871 which is now designed as a public park on the 38-acre site.

"They told me about hunters hunt and I was like 'wow', being from here never knew about Huntertown into someone told that story," Bush said.

The Interpretive Park opens the last weekend of August.

A Kentucky historical marker honoring the Huntertown community will be unveiled on Saturday, August 28.