CRESTWOOD, Ky. — One Crestwood family has been hoping to expand their family, little did they know it would happen over social media.


“Once we kind of met the McGlocklin’s it was kind of odd, it just fell in place and it felt oddly just right,” expecting parent Rosie Sanders said.

The Sanders family of three will be expanding to a family of four and it’s all thanks to another family across the country.

“We looked at everything under the sun, egg donation was something we looked at, we looked at basically anything you could possibly imagine for how to grow your family we investigated. I’ll say every other option seemed a little bit weird and this one felt right and this one didn't, it just felt right. like when you know, you know,” expecting parent Zack Sanders said.

Come August, the Sanders will be adding another son to their family. But it wasn’t a simple journey. After facing infertility issues, the Sanders'​ searched for other ways to make their son Henry, a big brother.

“We were open to embryo adoption and so we started looking in different places to kind of gain more information about it and so one of those places was Facebook actually of all places to look,” Rosie Sanders said.

That’s when the McGlocklin family reached out in a Facebook group. 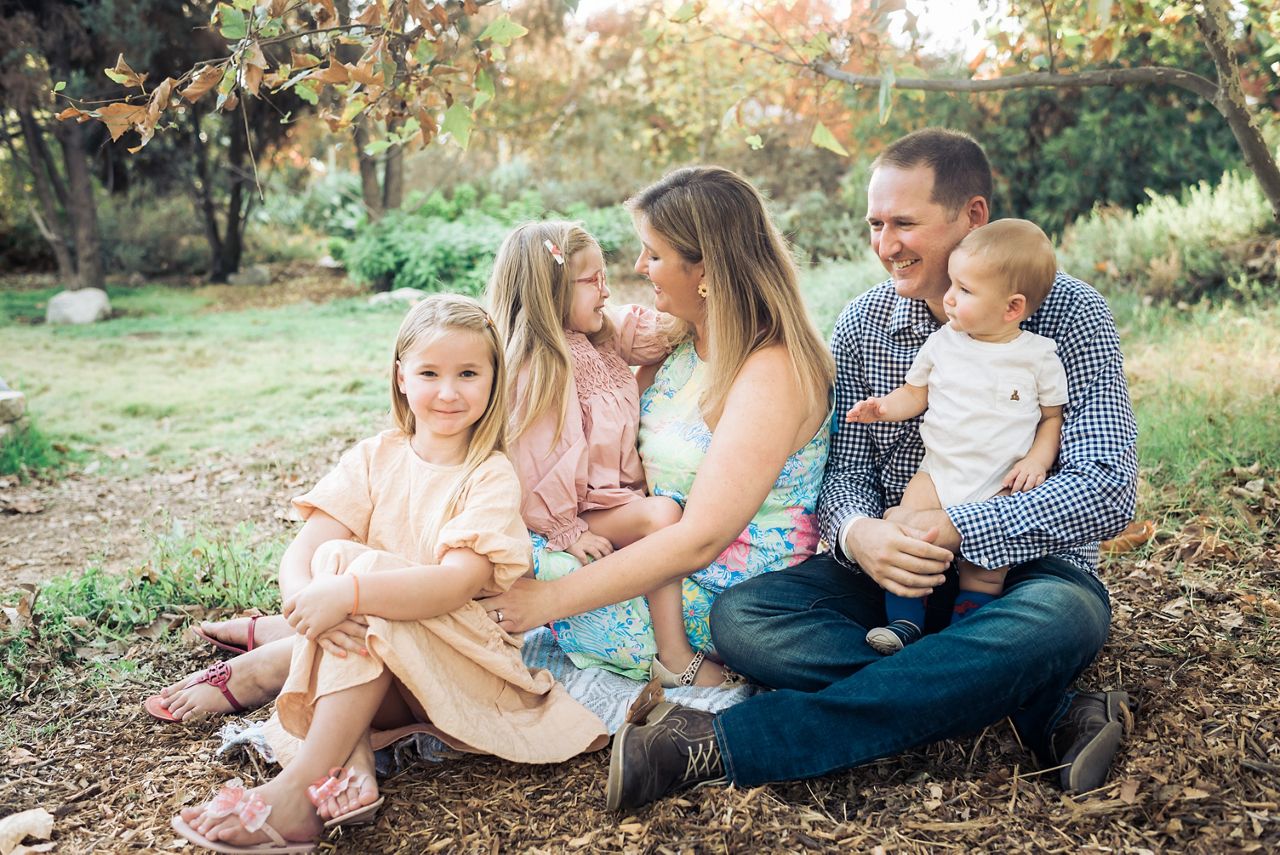 The McGlocklin family reached out to the Sanders family through Facebook.

During what Sanders referred the process of embryo adoption as “online dating”, they got to know the family who would eventually help to expand their own. Including their 5 year old daughter Marian, who has NPC.

“It was horrible, it was devastating and beyond what you could explain with your words because you have your baby that you love so much and as a parent you picture their future and all these milestones to look forward to in their lives. To know that she could have something as serious as this it's your nightmare,” embryo donor/Marian’s mom, Sara McGlocklin said.

NPC or Niemann-Pick Type-C is a rare and sometimes fatal genetic disorder that affects the memory, often referred to as Childhood Alzheimer's disease.

But come October, the experimental treatment called Adrabetadex, that's been injected into Marian’s spine every two weeks since she was 18 months old will be discontinued.

“I try not to get emotional in front of the kids but I did cry that day and the girl’s came up to me and said 'What's wrong, why are you crying?' I said I was worried about Marian’s medicine and if she didn't get her medicine anymore she could get sick and Marion looked at me and she said 'I'm not sick mommy' and it was just gutting,” Sara McGlocklin said.

Although there is no cure for NPC, the McGlocklin’s argue their daughter is proof the treatment works.

“Marian’s off playing right now and we can see and know this medicine works. Just to see her playing and happy and laughing and losing access to it we know she’s going to regress,” Marian’s dad, Paul McGlocklin said.

They say “family is more than blood” and it couldn't be more true in this situation. As the McGlocklin's aren’t the only people fighting for Marian’s life.

“She’s five years old, this is her reality, it's all she knows. How is she going to understand, when she's probably going to initially be happy that she doesn't have to go to the doctor anymore and get those treatments that are not fun. She's not going to understand really what that means,” Zack Sanders said.

The Sanders have chosen an open adoption, meaning the two families can keep in contact and their “son to be” will have more than just one sibling.

“They're gonna grow up with that relationship and we want them to have that close relationship. So just like anything else if it's a sibling that you’re talking about of someone that has a disease that's obviously going to have a huge impact on our family,” Rosie Sander said.

The Sanders have and continue to take part in several NPC groups and conference calls to learn more about the disease and how they can help anyone diagnosed.

For more information on NPC and how you can help visit the McGlocklin's GoFundMe, Facebook page, or their website.