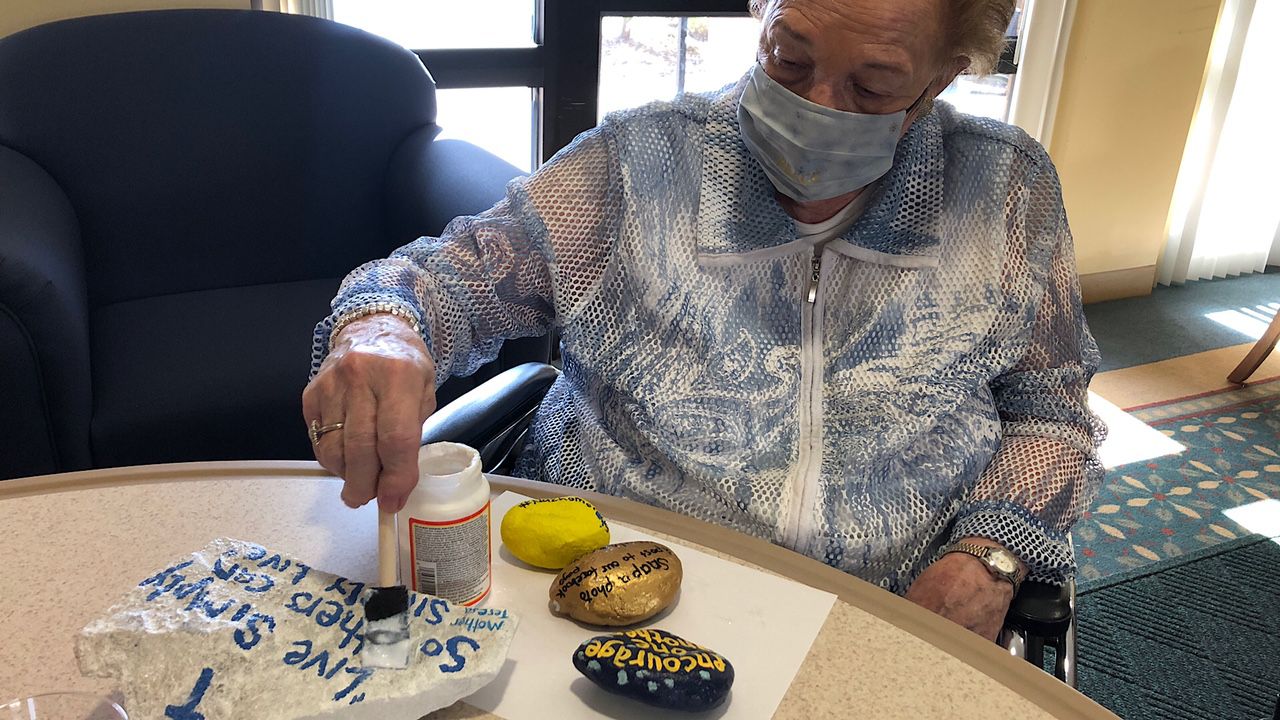 Why These Louisville Nursing Home Residents Are Painting Rocks in March

LOUISVILLE, Ky. — Throughout the month of March, residents at Nazareth Home Nursing and Rehabilitation Center in Louisville are painting rocks with positive messages as a way to connect with the community.


During the pandemic, residents were isolated from the outside community at-large, so this is a way to reach out to the community who has also gone through a difficult time in an effort to connect in a positive way and spread hope. 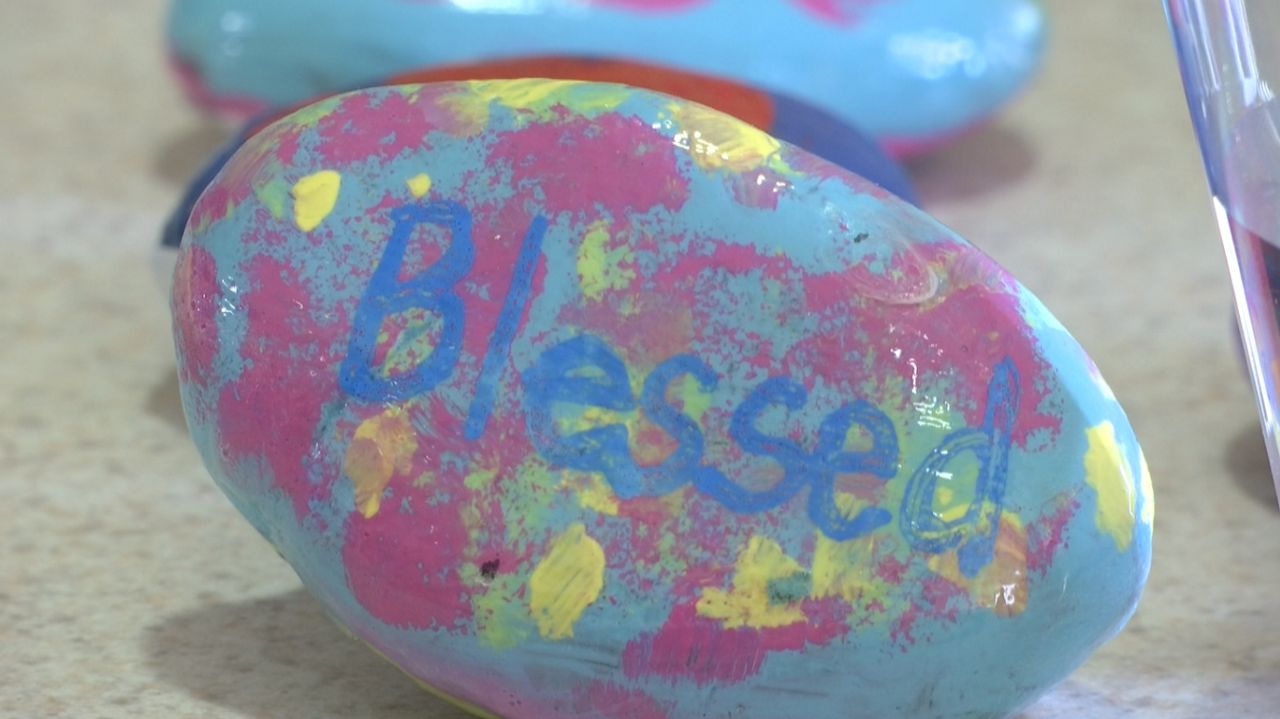 “Because we’ve gone through some pretty hard times being isolated,” said one of the Nazareth Home Highland residents, Bobbie Chance.

The residents start with a blank rock but soon they paint the canvas with vibrant colors and then write a scripture or positive message on it, such as “hope,” “love,” or “peace.”

“It’s just simple little things that you can say that makes a difference in people’s lives,” Chance told Spectrum News 1.

Nazareth Home Highland’s Activities Director, Julie Cane, said residents on their campus have painted over 150 rocks, so far. Once they are finished, the rocks are hidden around Louisville, such as in public parks.

“So parks are a big place, but they are all kind of going to be throughout the community, and you never know where you’re going to find one,” Cane said.

Cane said many of the elders have found the pandemic difficult. 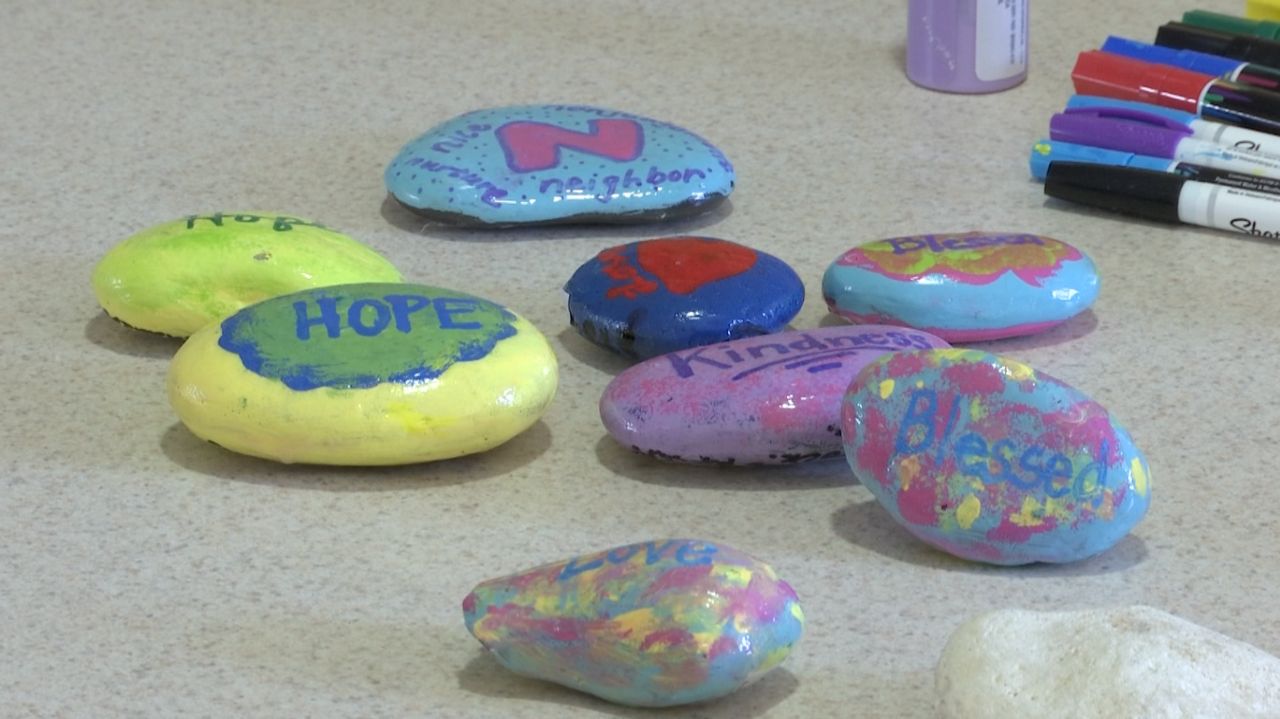 An assortment of rocks decorated with messages of hope, love, and kindness.

“You know they are doers. They are helpers. They have reached out into the community. They are priests, and sisters, and parents, and they’ve done things for others their whole lives,” Cane said. “For them, during this difficult time of isolation, it was a great project for them to feel like they were doing something that could put a smile on somebody’s face.”

Marilyn Allen is another Nazareth Home Highland’s resident who told Spectrum News 1 she has painted about five rocks. She said her favorite part is selecting the passages to paint on them.

“I think it’s impressed people. It’s made them think. And what we were going through at the time, they needed to have some positive thinking,” Allen said.

Chance said if someone picks up her rock, she wants the person to know that there is someone with similar feelings.

“And they want you to feel that there is light at the end of the tunnel because there certainly is…it’s hopeful,” Chance said. “We’re all connected, and we all need to help each other, and this is our way of trying to give support. So as we give support, we are getting it from them.”

If you live or visit Louisville and find a rock, the elders want you to take a selfie with it and post it to the Nazareth Home Facebook page and use #NAZHOMEROCKS. Nazareth Home said people can then keep the rock or hide it in another place for someone else to find.