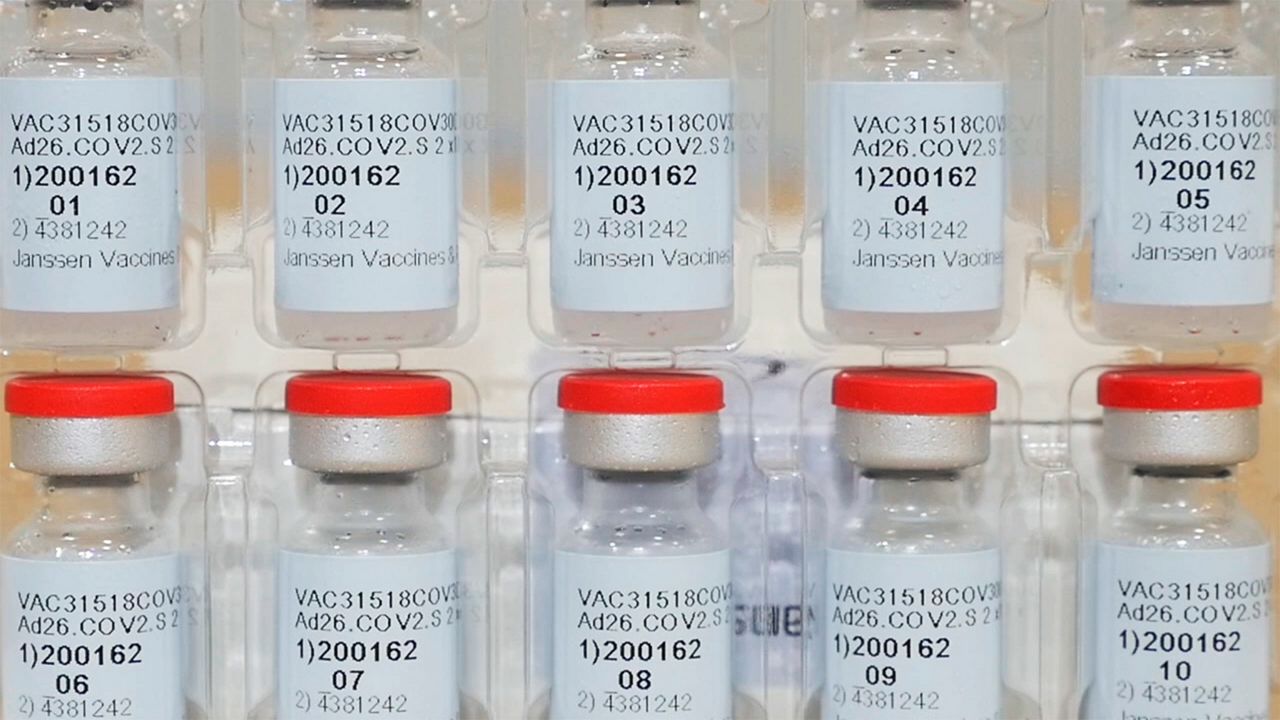 It was also announced that the California COVID-19 variant has been detected in the city, according to UofL’s Co-Immunity Project.

So far, Louisville’s public health department has only been giving the Moderna vaccine at its mass vaccination site at Broadbent Arena. However, that could change soon.

“We are expecting to receive some of the Janssen vaccines shortly, and we will likely be deploying that in a more intentional and direct way into the community,” said Louisville Metro Public Health Department & Wellness’s (LMPHDW) Interim Medical Director, Dr. SarahBeth Hartlage.

Hartlage said LMPHDW can give any of the three vaccines, but it’s dependent on what they get from the state. She said Louisville’s public health department anticipates Kentucky will get about 30,000-40,000 doses of the Johnson & Johnson vaccine.

“And that here in Louisville we’ll receive a couple thousand, but we don’t know exactly how many yet. The supply on J&J is relatively tight right now but we expect to see it open in the coming weeks,” Dr. Hartlage said, especially given the announcement Tuesday that pharmaceutical company Merck will help make the Johnson & Johnson vaccine.

“Focusing initially on those transitory folks who are at high-risk, like our homeless population and others, as the mayor mentioned. So there’s no plans to distribute the J&J vaccine through the drive-thru at this point but those things continue to develop based on available supply,” Dr. Hartlage said.

Also on Tuesday, UoflLs Co-Immunity Project that studies the COVID-19 infection said it found a new variant of the virus.

Dr. Aruni Bhatnagar, who is Director of the UofL Christina Lee Brown Envirome Institute that is leading the Co-Immunity Project, explained the California COVID-19 variant came up in Southwest Louisville when the project tested wastewater in Jefferson County.

“Which is somewhat alarming because the reports that came out maybe a few days, four or five days ago, from UCSF [University of California San Francisco] showing that this variant may actually be resistant to the vaccine and be also resistant to the antibodies that people have had who have previously been affected with COVID,” Dr. Bhatnagar said.

Dr. Bhatnagar said it’s difficult to assess how widespread the California variant is but there is some concern that it might be spreading.

“Certainly, it suggests this is not the time to let our masks down and feel that we have sort of overcome, we are out of the woods but, in any case, we have to be more vigilant,” Dr. Bhatnagar said,

On Monday, Jefferson County opened up COVID-19 vaccinations for Phase 1C, specifically for those aged 60 and up.

If you are in that group, you can register for an appointment with one of the Louisville health department’s healthcare partners, which are Norton, UofL, or Baptist Health. Dr. Hartlage said if you can’t get an appointment right now, don’t get discouraged, and she said to sign-up for Norton’s waitlist here by clicking “vaccine eligibility” on the page.

Dr. Hartlage said you will then be contacted when an appointment is available.

To view all options on how to make an appointment to get the vaccine, including at Walgreens or Kroger if you are in Phase 1B, click here.