Lexington-based artist Devine Carama started out in hip-hop before adding motivational speaker, activist, and other titles to his resume. (Photo courtesy of Kingtucky LLC)

The Evolution of Devine Carama

LEXINGTON, Ky. – It all started with hip-hop.


The music of East Coast-based rappers such as Jay Z and Nas played a large part in the evolution of Richard Spaulding to Devine Carama. Spaulding was a standout baseball player at Tates Creek High School who played a few years in the minor leagues after being selected by the Cleveland Indians in the 21st round of the 2001 Major League Baseball draft.

Carama, 40, calls himself a rapper, motivational speaker, activist, educator, philanthropist, Christian, husband, and father with plans to change the world “one rhyme at a time.”

“I think in my early 20s, I was still kind of trying to live my parents’ dream of playing professional baseball,” he said. “Around the time I got drafted, I had my two oldest girls. I actually got a late start in hip-hop and hip-hop is usually kind of a young man’s game. But I was 28 years old when I released my first official album. I didn't really start getting into music until my sports career was over.” 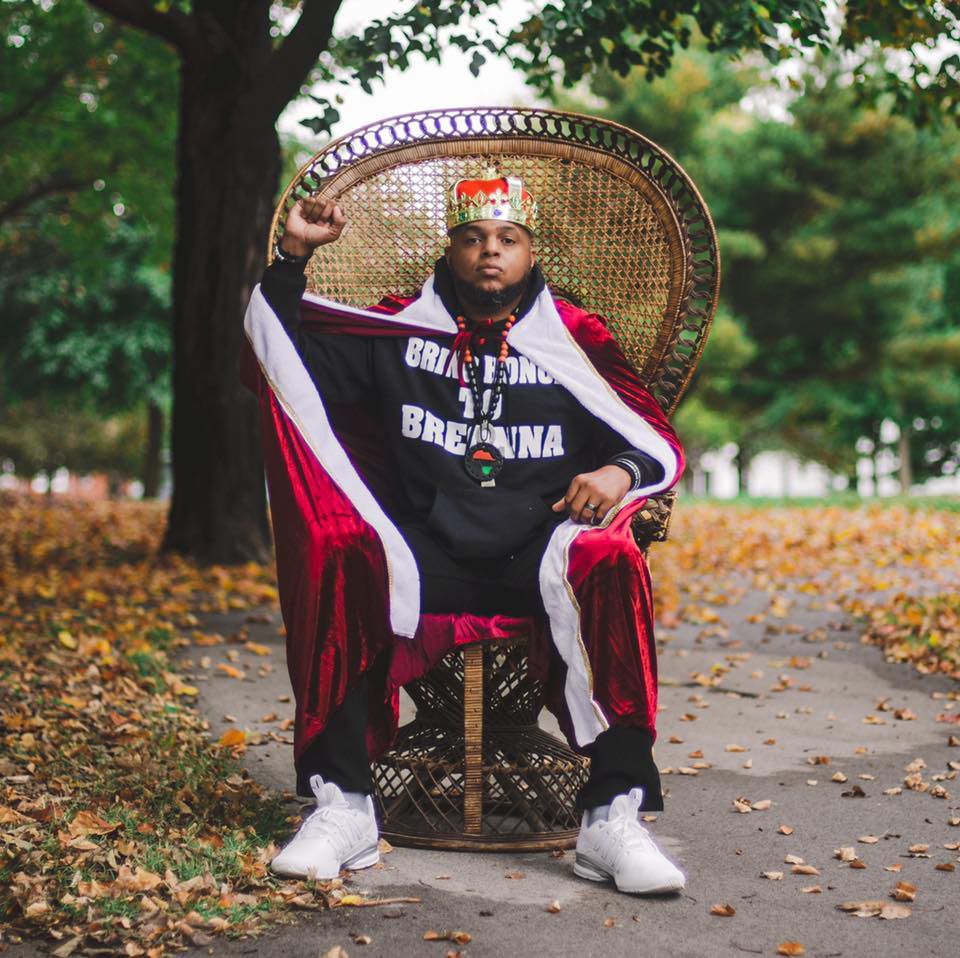 Carama admits once he started to take hip-hop seriously his career started to take off and he spent about five years as a successful independent artist traveling around the country while increasing his popularity in Lexington. He was in his mid-30s when he decided to build on the foundation he had built as a rapper.

“I think I just wanted a change and kind of pivoted from just rapping about positive stuff to engaging in and doing more positive stuff,” he said. “The hip-hop game was kind of flying past me – things were changing – and I thought my dreams of becoming this big rap star were over and I felt God was kind of sending me to another direction. It was a natural transition because anybody that knows the foundation of hip-hop knows it is built on community – it’s built on being a voice for the voiceless.”

Carama started his foray into motivational speaking in 2014 and, “Everything just kind of grew from there,” he said. Carama has spoken to more than 50,000 students across the country through motivational presentations featuring topics ranging from leadership, legacy, power of words, bullying, diversity, inclusion, and more.

Kingtucky LLC is an arts and entertainment company Carama created in 2019 to provide alternative-based entertainment with a focus on hip-hop, poetry, and live music. Through Kingtucky, Carama also provides inspirational youth programs through motivational speeches, hip-hop workshops, and mentoring programs. 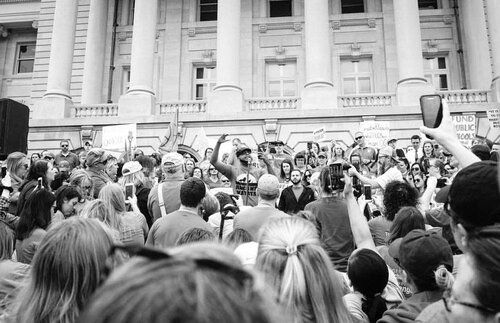 Lexington based rapper, motivational speaker, and activist Devine Carama speaks to a crowd during a protest of the Breonna Taylor shooting in Louisville. (Photo courtesy of Kingtucky LLC)

“All my music is through Kingtucky,” Carama said. “We do cultural events in the city, poetry nights, and live music events. I got a big collaboration coming up with the Lexington Philharmonic this summer.”

Carama is in his eighth year as director of the nonprofit Believing in Forever Inc. and in December 2018 performed outdoors for 48-straight hours to raise awareness for his annual “A Coat to Keep the Cold Away” coat drive, which has facilitated the collection and delivery of more than 10,000 coats to children in Central and Eastern Kentucky since the creation of the nonprofit. Believing in Forever also hosts youth open-mic nights and other mentoring programs.

“We’re going to take a group of boys to the University of Kentucky to try to help young people figure out their path like I had to figure mine out,” he said. “There's a lot of kids out there that feel if they aren’t rich, white, straight males with a prestigious job they can’t be a leader. Through my organization, we just try to let young people know they can be leaders.”

Carama’s community involvement was for some time twofold, as he worked jobs as a youth educator at the Lexington Traditional Magnet School and the youth service coordinator at the Lexington Community Action Council. He is also currently heavily involved in FEND (Full Energy, No Drugs), a nonprofit opioid prevention campaign geared toward youth. 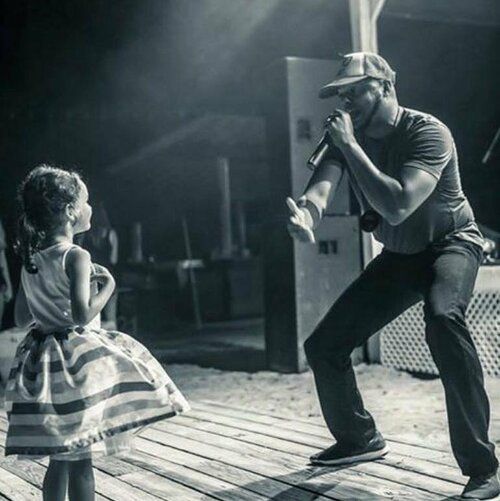 “It took awhile for me to get to where Kingtucky was my job,” he said. When you have responsibilities – I was at UPS for four years loading trucks while I was building my nonprofit – you do what you got to do when you're an artist or you're in the nonprofit world. I've been blessed after nearly 10 years that I can finally work for myself and live fully in my purpose and still pay my bills.”

Aside from some short stints living across the south playing baseball, pursuing some music endeavors in Raleigh, North Carolina, and a brief time in Louisville, Carama has lived in Lexington and focused his efforts there. With all he has done, does, and will do for the people in his hometown, he casts doubt on ever being able to say he is satisfied.

“My work is a lifelong work,” he said. “I don't really look at things as seeing all the fruits of what we do while we’re here. I think it's a long game and anybody in my line of work understands that we are planting seeds that will grow maybe far after we’re gone. So, for me, I just put my head down and continue to work. My ultimate goal is I just want to help inspire a generation of diverse leaders. I just think there’s a lot of game-changing young people out there that have no idea what they're capable of because they come from this neighborhood, they are this color or their parents are from this country. They just don't even think it's possible for them to make an impact. I want my organization and my LLC to help young people realize they are the game changers because they're unique and because they're different because they're diverse. That's the ultimate goal.”

Damian Lillard, the star point guard for the NBA’s Portland Trailblazers, is also a rapper who performs under the moniker Dame D.O.L.L.A. For several years Lillard has hosted a freestyle competition called 4 Bar Friday where hip-hop artists can submit four bars of rhymes with the hopes he will share them on his Instagram page of the same name.

Carama has submitted more than 100 verses to 4 Bar Friday since 2017 but recently, he was asked by the Trailblazers to make a submission hyping Lillard ahead of the NBA All-Star Game voting deadline that was shared by the team on its Twitter feed.

“Over the years, I've kind of built a relationship and rapport with them,” he said. “Actually, the Trailblazers reached out to me and asked if I would put together a video to help (Lillard) get selected for the all-star team. That's kind of how that opportunity came and within 48 hours we put it all together.” 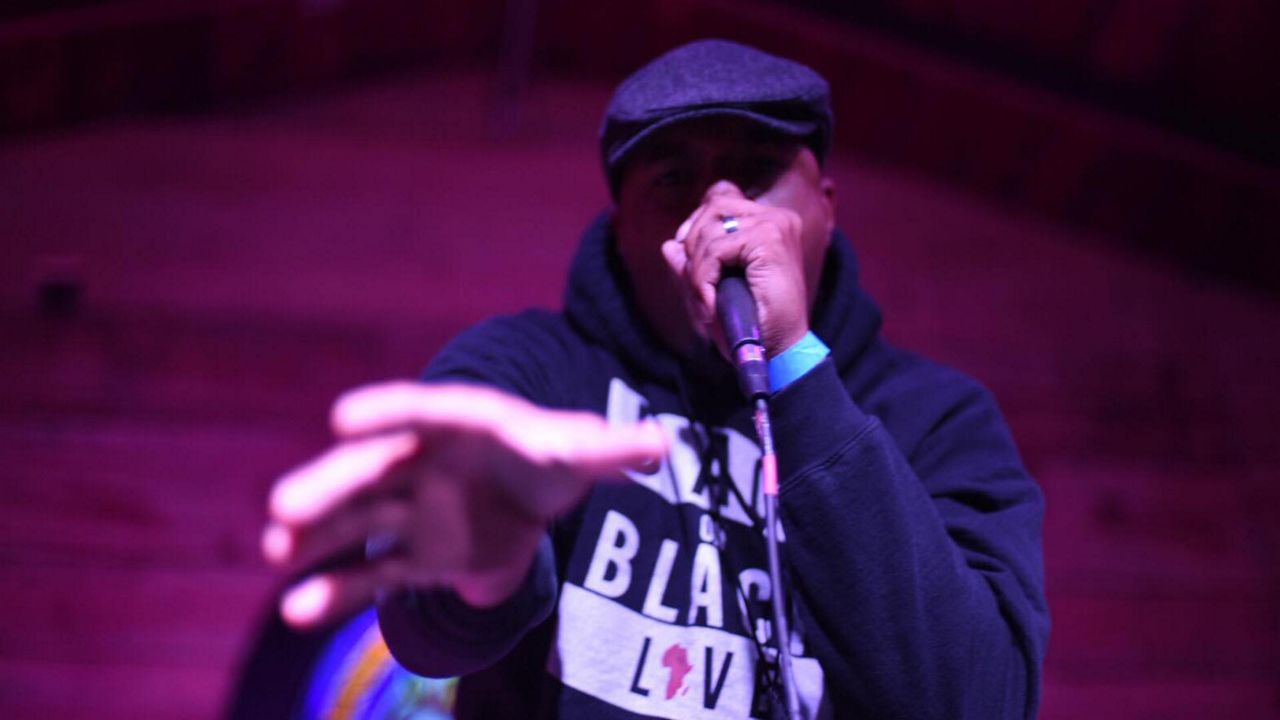 Carama teaches a class at UK called Lyricism & Leadership: Hip-Hop and Community Change and has won multiple awards for his activism, such as the 2017 Lauren K. Weinberg Humanitarian Award, the 2017 Coretta Scott “Spirit of Ivy” Award for community service, the 2018 Black Achievers “Special Achiever of the Year Award, and George H.W. Bush’s “Point Of Light” Volunteer Award.

He has released 15 albums, multiple singles and is a five-time “Hip Hop Artist of the Year” award-winner at the annual Lexington Music Awards. He has collaborated with or been the opening act for Rakim, Big KRIT, J. Cole, Talib Kweli, Nappy Roots, LL Cool J, Black Eyed Peas, Canibus, De La Soul, and Little Brother. His music has been covered in major music publications The Source, Vibe, and Complex Magazine.

“Hip-hop is the world's most-streamed genre of music and the most influential art form for today's youth,” he said. “The goal is to try and harness that power and then use it as an incentive-based source of inspiration to help our youth become better students and more engaged members of their community.”