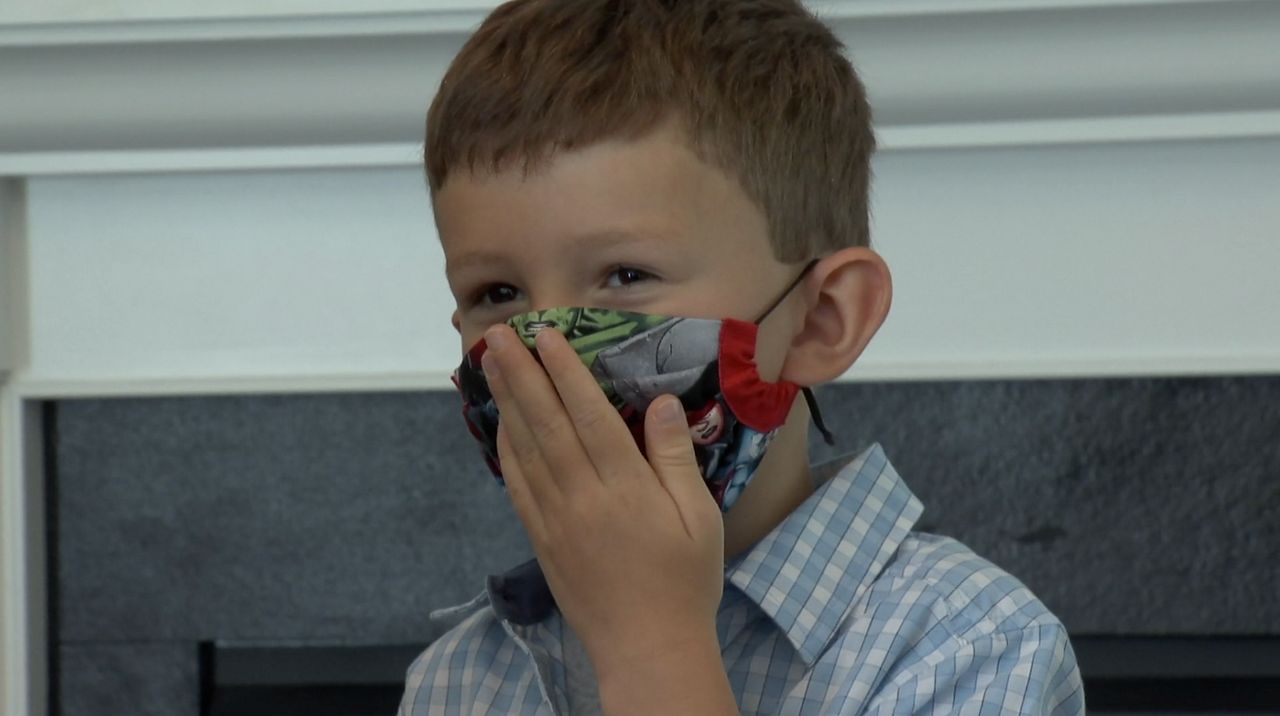 LOUISVILLE, Ky. — It's been almost a whole year since face masks became the new norm, which means, for toddlers, this is pretty much all they know. It has been speculated what kind of impact this could have on kids' ability to read emotions, which is an important part of social-emotional learning.


Spectrum News caught up with Dr. Stephen Taylor, the Chief Medical Officer at UofL Health - Peace Hospital. He brought up a study Harvard researchers conducted in the 1970s called the 'Still Face' experiment. For that study, researchers had mothers interact with their toddlers with normal facial expressions. They then switched to interacting with them with no particular expression at all.

What the researchers found is that those toddlers got visibly upset when they couldn't see any expression on their mom's face. Dr. Taylor said he started thinking about how the findings of this study could connect to mask wearing.

“This anxiety we are all feeling having to wear a mask and socially distance is, in some ways, connected to the feeling the toddler is having when mom offers no facial expression at all. Not only do kids have this experience, but we, as adults, do too,” Dr. Taylor said.

A study by University of Wisconsin-Madison psychologists found kids could identify the right emotion on uncovered faces about 66% of the time. With a mask in the way, the kids correctly identified sadness about 28% of the time, anger 27% of the time and fear 18% of the time.

Researchers said while masks clearly hindered their ability to read emotion, other subtleties still helped the kids identify the proper emotion at a rate greater than chance.

“We get sophisticated as we get older. We see subtleties in each other’s eyes. I can kind of see if someone is smiling or if they’re angry or whatever just by how they are looking at me, even if they are wearing a mask. But younger people who haven’t been staring at people as long as us old people have been, haven’t really mapped out that sophistication yet,” Dr. Taylor said.

He said being able to read emotions is an important part of a child's development. While masks can hinder some of that ability, he said kids will learn this skill eventually.

“This is a bump in the road. This isn’t the road we will live on for the rest of our lives, but it does slow things down," Dr. Taylor said.

Dr. Taylor said while kids may not be able to rely on mouths as much to read expressions, they are paying more attention to eyes, body language and tone of voice now.