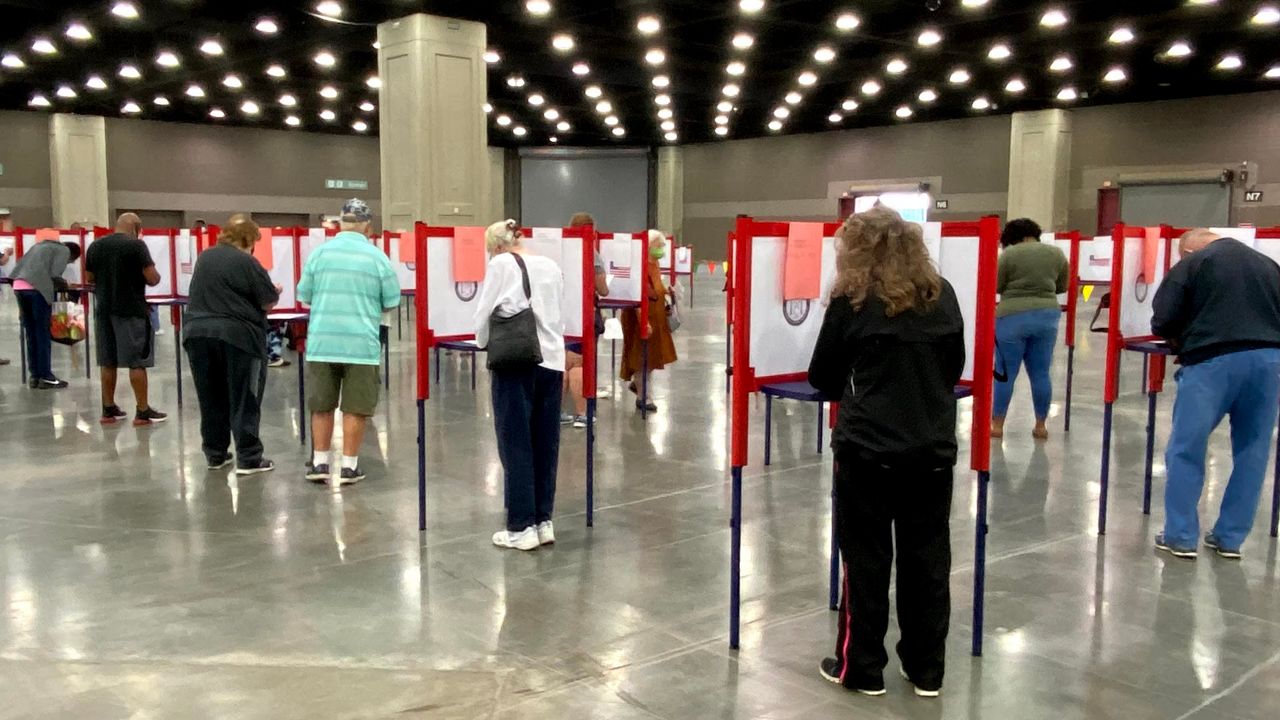 During a pandemic, Kentucky facilitated record voter turnout — implementing methods foreign to the largely conservative state like excuse-free absentee voting and three weeks of open polls. Adams, the Commonwealth's Republican secretary of state, ruffled feathers among some in his party when he used legislatively gifted emergency executive powers to work with Governor Andy Beshear, a Democrat, on the plan for 2020's June primary and November General Election.

As Adams begins to make plans for the future, what changes, if any, might he suggest to lawmakers for permanent change?

"I certainly think that four things are strong in their ability to pass [through the legislature]," he said during a sit-down interview in his capitol office. "Early voting, for at least a few days, I don’t think we need three weeks of voting in every election, but a few days would really help working people get to the polls."

The other three changes under Adams' consideration are keeping voting centers, or "hubs," within counties that offer each ballot type regardless of precinct; maintaining the online portal for voters to use for assistance and Adams to use to monitor needs and activity; and the process of curing ballots. Curing involves flagging absentee ballots that are submitted with errors, often in good faith, and contacting the voters-in-question to resolve the issues. With few people voting by mail in Kentucky before 2020, Adams said there was no curing procedure in place. Under the first year of its use, fewer than 1% of the 626,000 absentee ballots submitted statewide had to be discarded.

The office of Attorney General Daniel Cameron listed 90 receipts of calls from people alleging or stating concern for some type of fraud in the general election. However, Adams said there was no instance of fraud in the election. Then why not continue excuse-free absentee voting in future Kentucky elections?

"It’s also the way that you have the least supervision over what’s happening," Adams said. "You can have it and you can monitor for fraud, but if you move to no-excuse absentee and most people are voting that way, it gets a lot harder to police that."

Compared to in-person voting, it may be harder to track absentee ballots from start to finish. But they are still subject to layers of scrutiny from machines and teams of bipartisan election workers and registered monitors. And, again, Adams said no fraud was found among all of Kentucky's absentee ballots.

The cost, however, seems to be a major sticking point for Adams. In September, he testified before the legislature that $4 million needed to be budgeted for ballot postage in the general election.

"The most expensive possible way you can run an election is by mailing all the ballots around," he said. "...The postage is very expensive, the printing is very expensive. The [county] clerks hate it."

With his executive powers dissolved, Adams will take what he learned during this unique election season and make proposals to the state legislature, which will then have the final say. He has plenty of time to write his report, as there are no statewide elections scheduled for 2021.