LOUISVILLE, Ky. — Attorneys for the family of Breonna Taylor called Friday for Kentucky Attorney General Daniel Cameron to release the transcripts of the grand jury proceedings that resulted in the indictment of one of the three police officers involved in the 26-year-old’s killing.

Speaking at a press conference at Louisville's Jefferson Sqaure Park, Ben Crump, a national civil rights lawyer and part of the Taylor family’s legal team, said they are “heartbroken," "confused," and "bewildered," about what Cameron presented to the grand jury.

“That’s why we are standing here today united in solidarity declaring and demanding that he release the transcripts of the grand jury proceedings, so we can know if there was anybody giving a voice to Breonna Taylor,” Crump said. 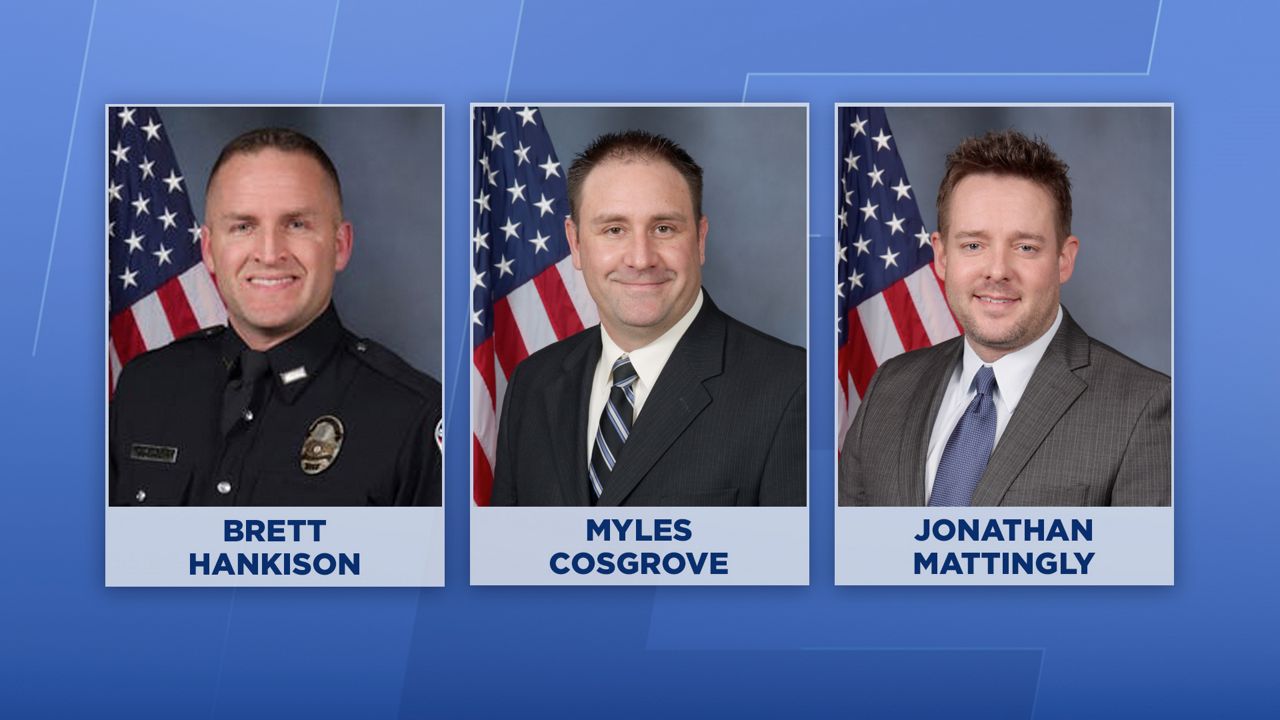 The three officers involved in the Breonna Taylor case

Crump listed questions the family has about the evidence Cameron presented to the grand jury and about who was allowed to testify. Among the questions are whether Taylor’s boyfriend, Kenny Walker, who fired one round after mistaking the police for intruders, was allowed to testify; whether the grand jury heard from neighbors who said they did not hear the officers announce their presence; and whether Cameron told the grand jury that police sent away a nearby ambulance that was on call in the event of injury.

“If he didn’t present these things to the grand jury, what kind of sham grand jury proceedings was this?” Crump asked.

Crump leads a chant of “release the transcripts.” pic.twitter.com/IGJkL2dKNl

In a statement Friday, Cameron’s spokesperson, Elizabeth Kuhn, said the Attorney General understands the family is “in an incredible amount of pain and anguish.” But, she added, “prosecutors and Grand Jury members are bound by the facts and by the law.”

University of Louisville law professor Samuel A. Marcosson said that, despite the secrecy that shrouds much of grand jury proceedings, releasing the transcripts would not be impossible, but it “would be very unusual.”

Lonita Baker, another attorney for the Taylor family added to the list of their demands at the press conference, saying that Cameron should make public the recommendations he made to the grand jury. Among the lingering questions are whether he asked the grand jury to consider charges against Cosgrove and Mattingly at all, and if the grand jury considered charges for Hankison beyond those for which he was indicted.

“Did you even present any charges regarding Breonna Taylor to the grand jury?” Baker asked. “I don’t want to hear that the grand jury determined this if it was your office that unilaterally determined not to charge any officers with the death of Breonna Taylor.” Later, Baker said that if Cameron did not present charges on behalf of Taylor, he should appoint a special prosecutor to present those charges.

Marcosson said he believes Baker is right and Cameron should reveal what he asked the grand jury to consider. “I think that is completely legitimate and in fact, thoroughly justified,” he said. That decision, he said, is not subject to grand jury secrecy.

It’s also important to know who decided that Cosgrove and Mattingly were justified when they shot into Taylor’s apartment, Marcosson said. Did Cameron put that question to the grand jury or did he decide himself that the officers acted reasonably and therefore not put it in front of the grand jury? “If the Attorney General made that call, in my view, he should own it.”

Kentucky Governor Andy Beshear has also called on Cameron to release more information relating to his investigaton. “Everyone can and should be informed, and those that are currently feeling frustration, feeling hurt, they deserve to know more,” Beshear said Wednesday. “I trust Kentuckians. They deserve to see the facts for themselves, and I believe that the ability to process those facts helps everybody.”