LOUISVILLE, Ky.  — As the nation waits for a conclusion to investigations into the police killing of Breonna Taylor, a representative of Taylor’s family brought young black scholars to join him in asking questions of FBI agents.


The FBI's Louisville office, as explained to the delegation, is primarily focused on investigating any potential civil rights violations committed by Louisville Metro Police officers in acquiring and executing the now banned no-knock warrant on March 13.

Christopher 2X, a long-standing Louisville civil rights and anti-violence advocate, is representing Taylor’s mother, Tamika Palmer. 2X said he has never before seen federal agents get involved in a Kentucky police shooting, and that he is confident the FBI is handling the case with sincerity and honesty after meeting for more than an hour. 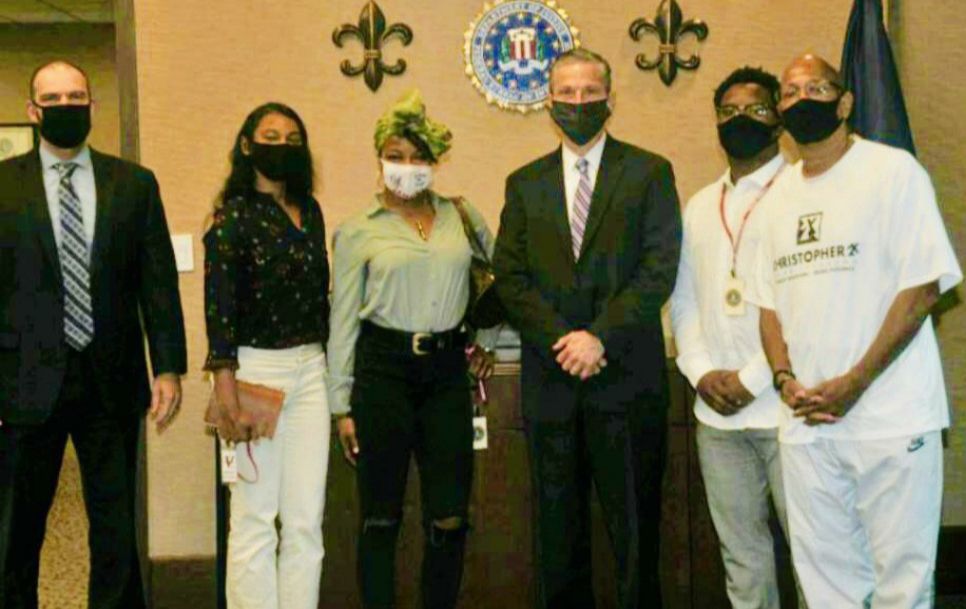 He adds that it was made clear the FBI is communicating with the office of Kentucky Attorney General Daniel Cameron, as the state's top litigator continues his own investigations into what transpired before and during the incident that left Taylor, 26, fatally shot with eight gunshot wounds to her body.

As part of the U.S. Justice Department, the FBI answers to Attorney General William Barr. 2X said whatever conclusions the FBI reaches in the case, he would be shocked if Barr changed any aspects of the report once it reaches Barr’s desk.

2X plans to return to the FBI office in September for another update.