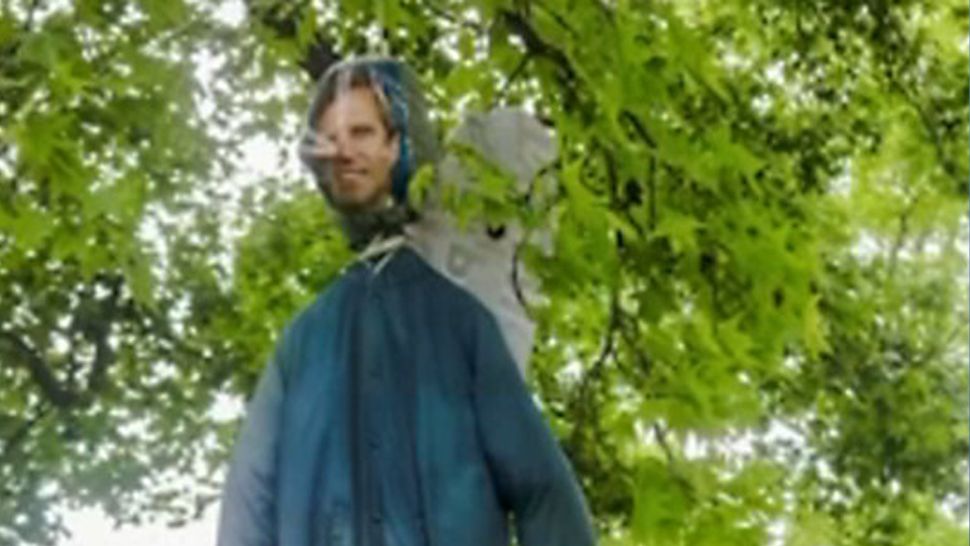 FRANKFORT, Ky - A rally at the state capitol took a drastic turn Sunday when some of the gathered protesters hang an effigy of Governor Andy Beshear (D). A large group, with some visibly armed, then walked next door to the governor’s mansion and challenged the governor to come outside.

Since Sunday’s events, members from nearly every corner of Kentucky politics have publicly rebuked the actions. A sign was attached to the effigy that read SIC SEMPER TYRANNIS, which roughly translates to “Thus always to tyrants.” The phrase was infamously yelled by John Wilkes Booth after he shot Kentucky native President Abraham Lincoln.

"When you do something like that the other side’s not going to listen to you, and it hurts your own side," he said. "Because people see you as a crazy person. And the people [Sunday], they hurt the effort. Their effort was to have a "Patriot Day," a second amendment day. And the folks who hanged the governor in effigy and went to his house and dared him to come outside and confront them did nothing but harm their own effort."

"The act that was displayed on Capitol grounds today, near where the Governor and his young children live, was wrong and offensive. This type of behavior must be condemned. As Kentuckians we should be able to voice our opinions without turning to hate and threats of violence. Put simply – we are and should be better than this."

On Monday, First Lady Britainy Beshear appeared to indirectly address the actions outside her home, as well as thank well-wishers who stood outside her home the following day.

Love always wins over hate. The Kentuckians who stood in front of our home today with signs of encouragement and positivity have not gone unnoticed or unappreciated. ^BB

Gov. Beshear also appeared to reference the incident in a Monday Tweet.

This is why I will always strive to do what is right. To protect your family and mine. Fear will not stop us and we will not be intimidated. We will get through this together. ^AB https://t.co/5bLcl92Jmr

Spectrum News 1 asked Staley if the Beshear family was home at the time of the protest. Staley did not address the question in her response.