LOUISVILLE, Ky. —  Louisville Metro Police chief Steve Conrad is stepping down. Conrad notified Mayor Greg Fischer (D-Louisville) Thursday that he will retire from the force at the end of June.

Conrad has served as the chief of police for eight years under Fischer. His career with Louisville police dates back to 1980 when he was a patrol officer for the former Louisville Division of Police. Conrad worked his way up, eventually becoming assistant chief and overseeing the merger that created the LMPD. He went on to serve as chief of the Glendale, Arizona force before returning to Louisville as chief in 2012.

“This job has been filled with many more ups than downs, and I only wish we had not had to say goodbye to three officers who lost their lives in the line of duty during my tenure,” said Chief Conrad. “I’m grateful for this opportunity and express my sincere appreciation to this community, the members of my command staff, Mayor Greg Fischer, and most importantly to my family, who sacrificed a lot for me to have this chance to serve.”

Conrad's retirement announcement comes one day after a Louisville Metro public safety meeting where councilmembers questioned him about police procedures and "no-knock" warrants related to the death of Breonna Taylor.

In his retirement statement to officers, Conrad said, "You all are weathering a lot right now and I know how challenging this is. Approach this as we approach all our struggles – as a team. Look out for each other. Show compassion to the community, even when it might not be shown to you. And remember what a privilege this job is."

Spectrum News 1 spoke with Metro Council President and former Louisville police officer David James (D-Dist. 6) about the announcement. He said he believes the Taylor case had something to do with the chief's resignation and described Conrad's 8-year tenure as tumultuous.

James said he has heard from many of the officers.

“They’ve been calling and texting since 3:00 this afternoon. They’re very excited that there will be a change in their police department, new leadership. As you know, back in 2017, the FOP conducted a no confidence vote of the police officers, saying that they didn’t have confidence in Chief Conrad to lead the police department.”

Fischer said Conrad has shown a commitment to justice and fairness in his time in office. He added, “As our Police Chief for the past eight years, he has worked tirelessly on improving transparency and community policing. Most importantly, he has been a kind, decent, fierce advocate and protector of the city he loves, and a respected colleague. I appreciate that he is staying through the end of our fiscal year to help us ensure a smooth transition, as we continue to grapple with budget challenges and the COVID-19 pandemic.”

Colonel Robert Schroeder will serve as Interim Chief once Conrad retires and while the search for a permanent Chief gets started. 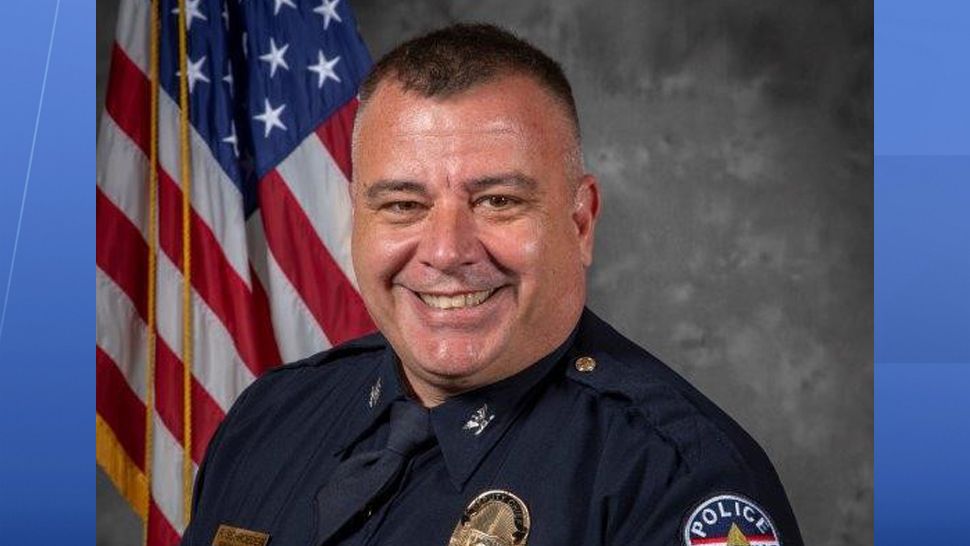 Fischer said, “Col. Schroeder has a long career with the Department, and has led many critical projects within the Department, including the implementation of police body cameras and the creation of the LMPD's Crime Information Center (CIC) and Real-Time Crime Center (RTCC),” said Mayor Fischer. “I feel confident he will ably lead this team of devoted men and women in blue.”

Fischer also announced Louisville Metro Government's Cabinet structure is also changing. LMPD will now report to Amy Hess as Chief of Public Safety. Hess has served as Executive Assistant of the FBI's Criminal, Cyber, Response, and Services Branch, and was the Special Agent in Charge of the Louisville FBI field office.

Chief Hess brings an unparalleled record in taking on this added responsibility, having served as Executive Assistant Director of the FBI’s Criminal, Cyber, Response, and Services Branch, and as the Special Agent in Charge of the Louisville FBI field office.