Court Records: Fatal Stabbing on Florida Turnpike Could Have Stemmed from Political Dispute

Court records now indicate a political disagreement may be to blame.

Orange County Sheriff's Office deputies responded to a 911 call at 10:43 a.m. on the southbound lanes of the Turnpike near Exit 254, which is the exit to the Beachline, also known as State Road 528.

Toney has been charged with first-degree murder.

OCSO Homicide Unit is searching for Mason Trever Toney (28).
He is wanted for the murder of his employer at a construction site off Turnpike exit 254. He fled the area driving a white Dodge Ram w/ FLTag: LGZX24
He is believed to be armed & DANGEROUS. If you see him call 911 pic.twitter.com/QgsNrjlKQC

Court records released Tuesday say Toney was anti-government, while Knight, who goes by Steven, was a strong supporter of President Trump.

According to records, witnesses told investigators that while traveling from one job site to another, "an argument began possibly over being anti-government."

Knight's family said that their son and Toney were friends and had known each other for years. Politics had never been an issue between the two, according to the family.

But they say Knight had recently hired Toney onto his construction team, something they'd warned him against because his childhood friend had been acting strangely.

Steven Knight's father, William Knight, said his son was loving and giving, the kind of person who would have helped anyone.

“He was full of life, and his friend took that life from us,” William Knight said. 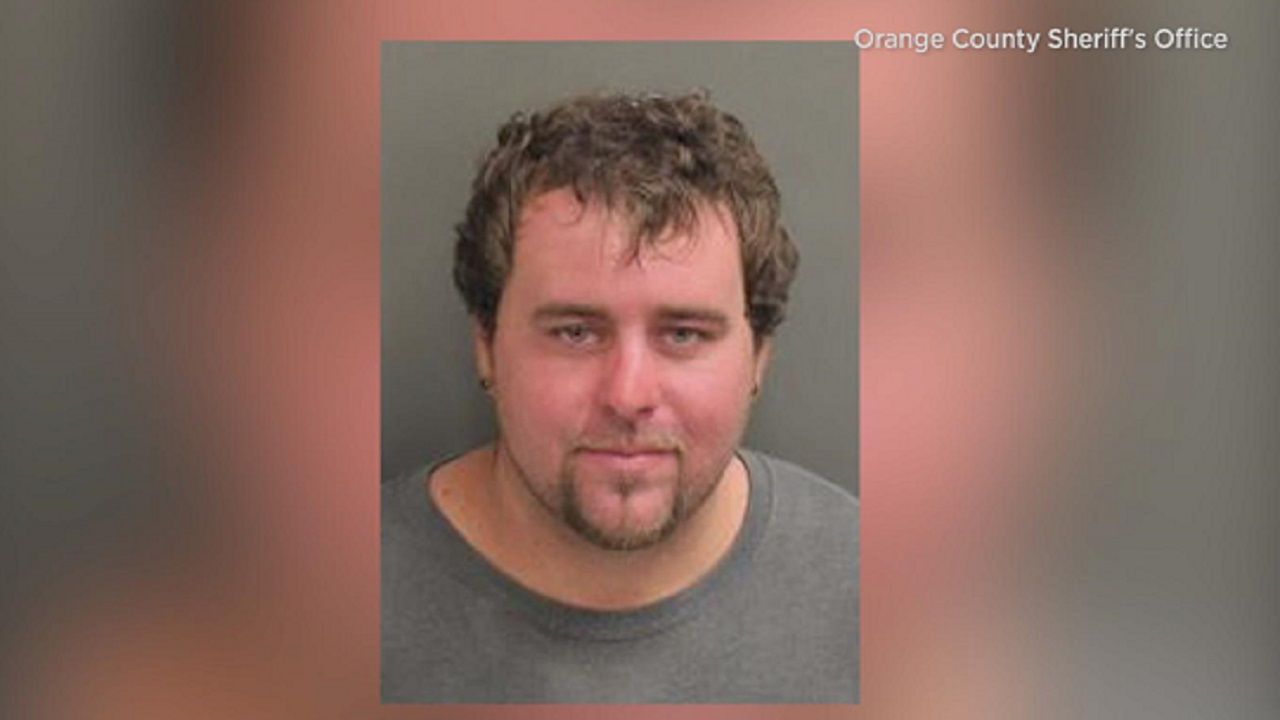 Shock and disbelief surround the grief, hanging heavy at the Knight family home on Tuesday afternoon, where Steven lived with his parents. His parents say Steven was stubborn and strong-willed, but was also caring, enough that he picked up members of his construction crew for work every day, including Toney.

“Mason and him grew up, they had Halloween parties together, they hung out together, all of our family knew each other. This wasn’t about politics, there was something wrong with Mason,” said Julia Knight, Steven Knight's mother.

Court records paint a shocking picture of what happened at the construction site.

Witnesses told investigators when they got to the job site, they heard Knight yelling for help. They say when they ran over, Knight was lying on the ground with Toney standing over him, repeatedly stabbing him with a small-handheld shovel, according to court records.

An American flag was thrown on the side of Knight’s body, the flag appearing to be new with the packaging for it next to him, court records indicate. Toney then took off in his truck, yelling at witnesses and calling them terrorists.

Court records say Toney believed the government was out to get him while Knight was a strong supporter of President Trump. Family members, however, aren’t sure politics are to blame.

“I can’t explain what happened to my son, I don’t understand. I never thought Mason would do this to my son,” Julia Knight said.

She had cautioned her son against hiring Toney to the team because of his recent behavior but her son, she said, wanted to give his friend a chance to improve his life.

“All he did was want to help him, that’s all. He was just trying to give him a chance, even though we all told him he didn’t seem right. He’s like, 'It’s OK, I’m going to help him,'” said Blair Hester, Steven Knight's girlfriend of five years.

Toney is currently being held at the Orange County Jail without bond on charges of first-degree murder.

A GoFundMe has been set up to help the Knight family.

This GoFundMe.com site is not managed by Spectrum News 13. For more information on how the site works and the rules, visit www.gofundme.com/safety.