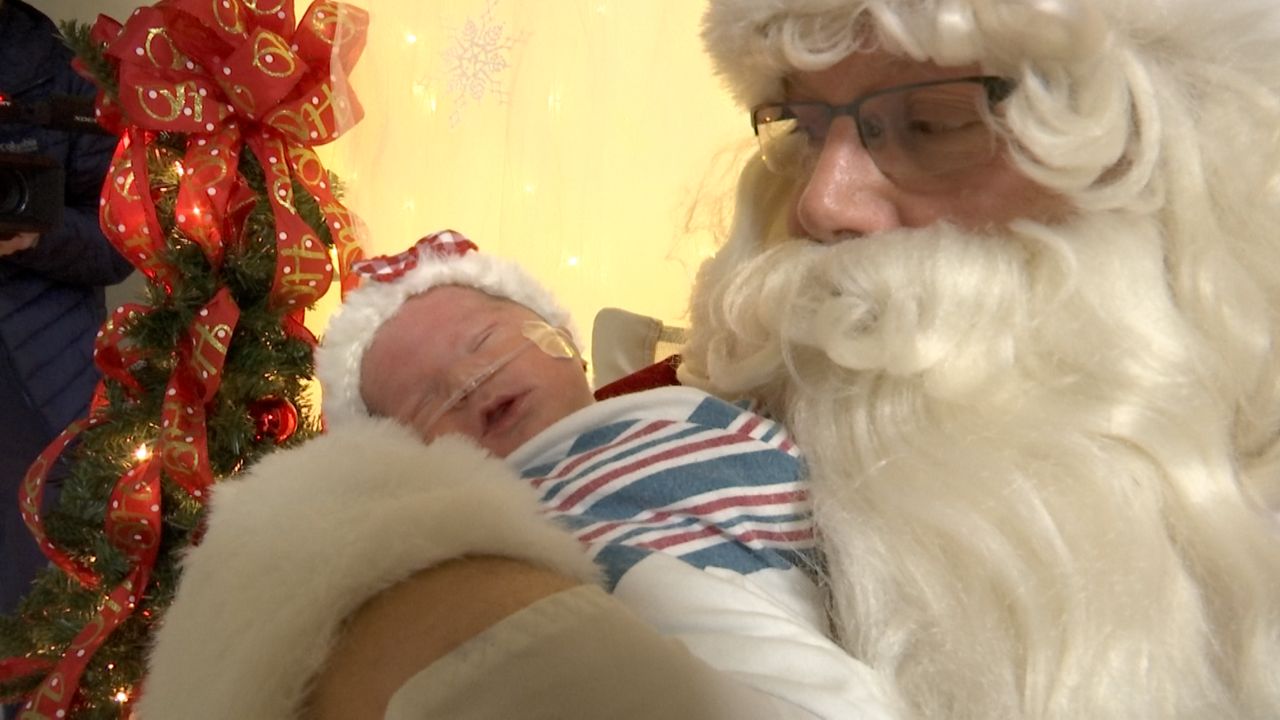 LOUISVILLE, Ky. – Babies in Baptist Health Louisville’s Neonatal Intensive Care Unit received a special visit from Santa Claus on Friday. This was the event’s first year, and it was driven by NICU nurses who went above and beyond.

If the babies couldn’t be wheeled out for Santa to hold, then he visited them in their rooms.

“It’s just a special moment for her to be here,” Jennifer said about the event.

The NICU nurses not only organized the event, but they also coordinated for each baby to be wrapped as a present. One of the nurses knitted hats for each baby to keep as a Christmas present.

Even though this was the event’s first year, every Christmas Eve volunteers donate stockings. The NICU babies are placed inside as a special treat for their parents. Another event to look forward to this holiday season.