FRANKFORT, Ky. - It's an uncomfortable topic but one that advocates say needs to be talked about.

AHA Foundation, established in 2007 by Ayaan Hirsi Ali, is a non-profit organization set up to "protect women from honor violence, to advance freedom of speech in public debate and to support the work of Muslim reformers."

AHA went before the General Assembly's Interim Joint Committee on Judiciary in Frankfort to say 1,845 girls and women are at risk or have been subjected to female genital mutilation/cutting (FGM/C) in Kentucky. In America, that number is 513,000 but those numbers are much likely much higher. 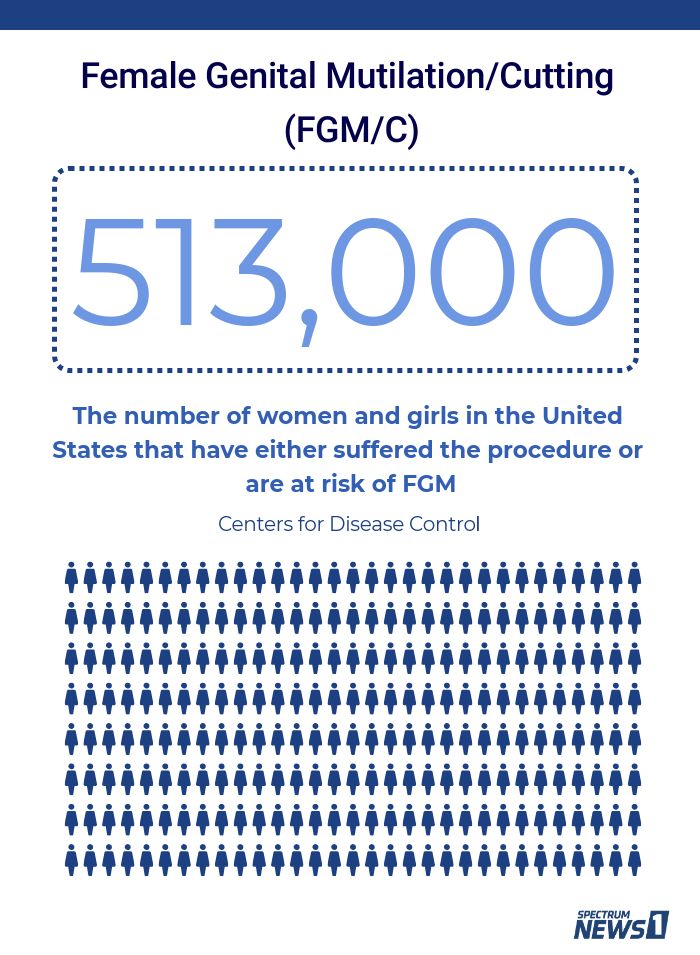 “When I first heard those numbers or statics they talked about 500,000 girls being at risk in the United States that was a hard thing for me to wrap my mind around, just that number, but the next thing I thought was that number doesn’t include me, it does not include Caucasian women or Christian women or women that have been raised in the United States,” Jenny, a survivor of FGM and a Kentuckian, told a legislative committee. “I don’t think we will even have the ability to know the number of people affected by this practice until it becomes a safe thing for women to talk about.”

Jenny was five when she was subjected to FGM and remembers everything. It has affected her entire life causing her to have nightmares, PTSD, and bladder issues. She was required to have all of her children by C-section but it was not until her fifth doctor that she realized what happened to her was not normal.

“I was under the impression that this something that was normal for most women, it was not until then that I started to realize that maybe this didn’t happen to everyone,” Jenny said.” That was the beginning of a process of healing for me. I think it’s really important for there to be a law to people like myself, so when they here number one there is a law—this isn’t a normal thing and number two start that road to recovery”

FGM is used to control the sexuality of girls and is usually done to young females without sedation or antiseptic.

“She is taken behind closed doors, she’s held down her legs are spread about and a sharp instrument like a razor blade, a knife, or a pair of scissors are used to cut away her healthy genital tissues,” Ashley Parker, Senior Director and CFO of AHA Foundation explained. “In the most extreme form of genital mutilation all the external tissue possible to be removed is removed and the wound is sown almost entirely shut with just a small hole left for urination and menstruation.”

FGM is internationally considered a human rights violation and the complications with it last longer than the immediate physical complications of pain, shock, and sepsis.

Long term women will face bladder issues, infertility, and complications during childbirth even death of newborns.

Emotionally, women can suffer lifelong effects such as PTSD, loss of trust and depression among other things.

Parents, however, aren't doing this to deliberately harm their children many think it’s helping them in the long run.

“This is typically perpetrated by mothers and they are not doing this to harm their children they are doing this because they think it’s the best thing they can as parents,” Parker said. “In communities that practice FGM this is something that helps ensure the marriageability of their daughter, it helps to ensure that future relationship and marriage for her because in the communities where FGM is practiced typically a girl that has not undergone the practice is not considered to be marriageable.”

AHA Foundation and other advocates say the only to make this stop is by talking about it and passing laws prohibiting it.

Currently, 35 states in American have laws outlawing the practice, 11 of those laws were just strengthened or passed in 2019 after a federal law banning it was struck down. 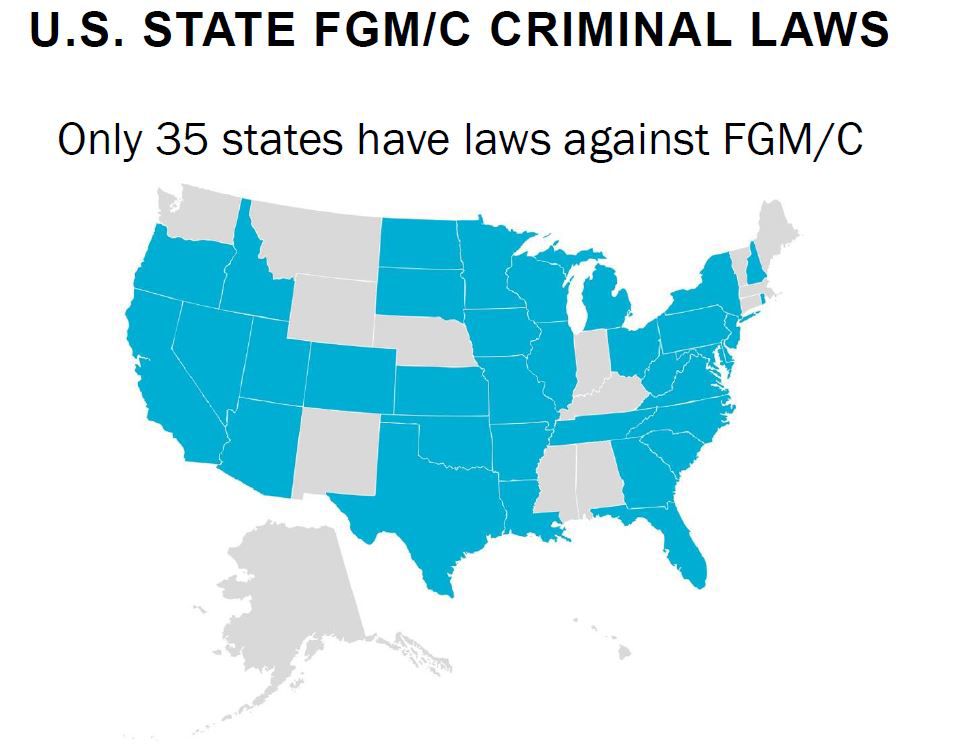 
Kentucky currently has no laws against it but Sen. Julie Raque Adams, R-Louisville has draft legislation to make it illegal in Kentucky.

Her Bill does several things:

For survivors of the practice, education is a huge component.

“One thing that surrounds this issue is the silence piece, we are all told not to talk about it so until that fear is lifted for women to be able to talk about it we will never truly know the effects it has on people here,” Jenny said.

Survivors are also not looking for laws to punish their past abusers but to prevent future abuse to young girls.

“The law for me is not so much punishment but deterrent, there needs to be a deterrent in place to keep people that believe in this practice to make them stop for just a second and say do I want to break the law to do this,” Jenny said. “Without every state having a law we become a state that allows people to transport their daughters to have this done, I don’t want to be a state that allows children to be brought to have this done.”

A law can also help save families from living in fear of their children. Members of Jenny’s family still believe in the practice and she fears if no law is passed in Kentucky her own children are at risk.

“There are moms that need that law so they can stand up against those family members and say, I can’t do this because there is a law. They need that to protect their daughters,” Jenny said. “Without that law, I feel it gives power to those people that believe in this practice, it gives that message that this is okay.”

Similar legislation has been proposed on two separate occasions.