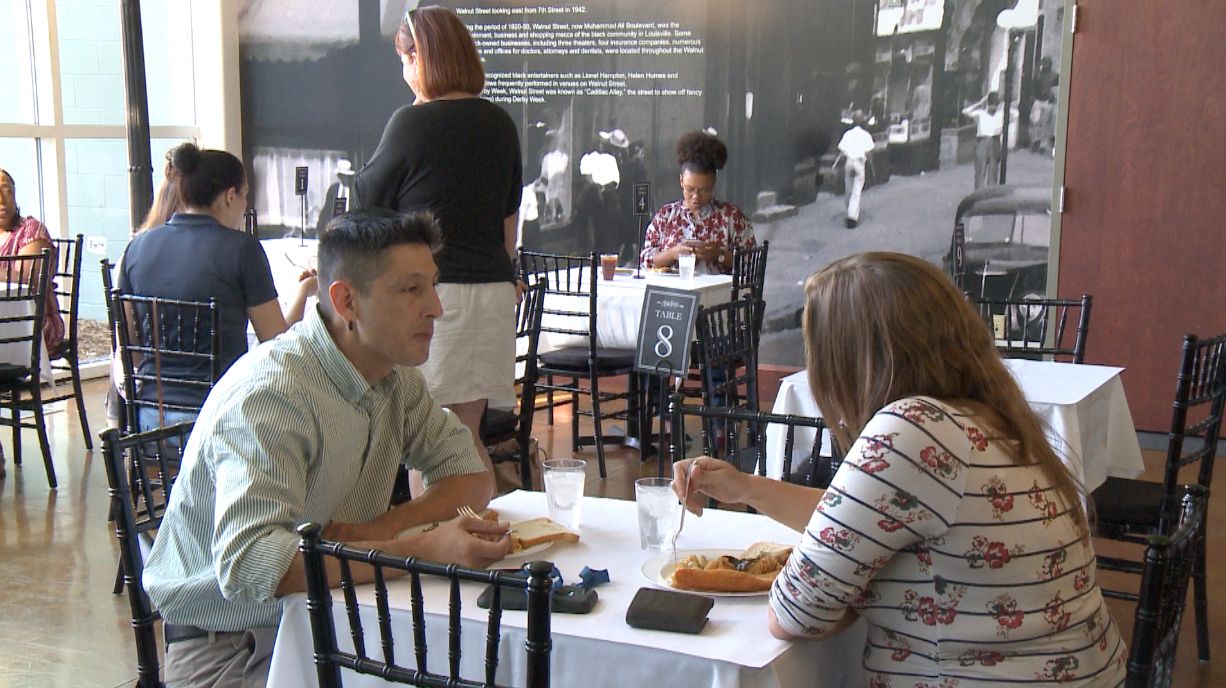 LOUISVILLE, Ky. - An organization aims to revitalize West Louisville one dish at a time. The Louisville Independent Business Alliance has been hosting West on Wednesday. The once-a-month event showcases a different West Louisville restaurant each time.

"The West End has a lot of good things going on and food is one of those. If we can bring people in to come in and have a good dining experience, they will come back again," LIBA Neighborhood Initiatives manager Johnetta Roberts said.

The last event was at Dasha Barbour's Southern Bistro. Owner Tumeka Bethel said she was happy to have all the new customers, and hopes they return in the future.

"I think it's amazing that they're even looking at the small businesses to give them exposure. A lot of times we are looked over," Bethel said.

Jenna Haugen from Ignite Louisville was one of many dining at Dasha Barbour's Southern Bistro at the last West on Wednesday event. She said supporting local business is a great way to break the stigma around West Louisville and promote economic growth in the neighborhood.

"There is a retail leakage of about 47 percent in the West Louisville community. There is money that is being earned here, but is being spent elsewhere," Haugen said.

When that money is spent in the West End, it helps revitalize the entire community. Robert said, for every $1 spent at a local business, 55 percent of that dollar stays in the local community. That's compared to just 17 percent when dining at a chain restaurant.

"We need the dollars to be recycled in the West End neighborhood and the city overall," Roberts said.

Anyone and everyone is encouraged to attend a West on Wednesday event. The next opportunity will be at S Bar (427 S 4th St). The last event of the series will be on Oct. 23 at The Table Cafe (1800 Portland Ave). While those are the formal events, LIBA leaders say people should check out a West Louisville restaurant any time they can.