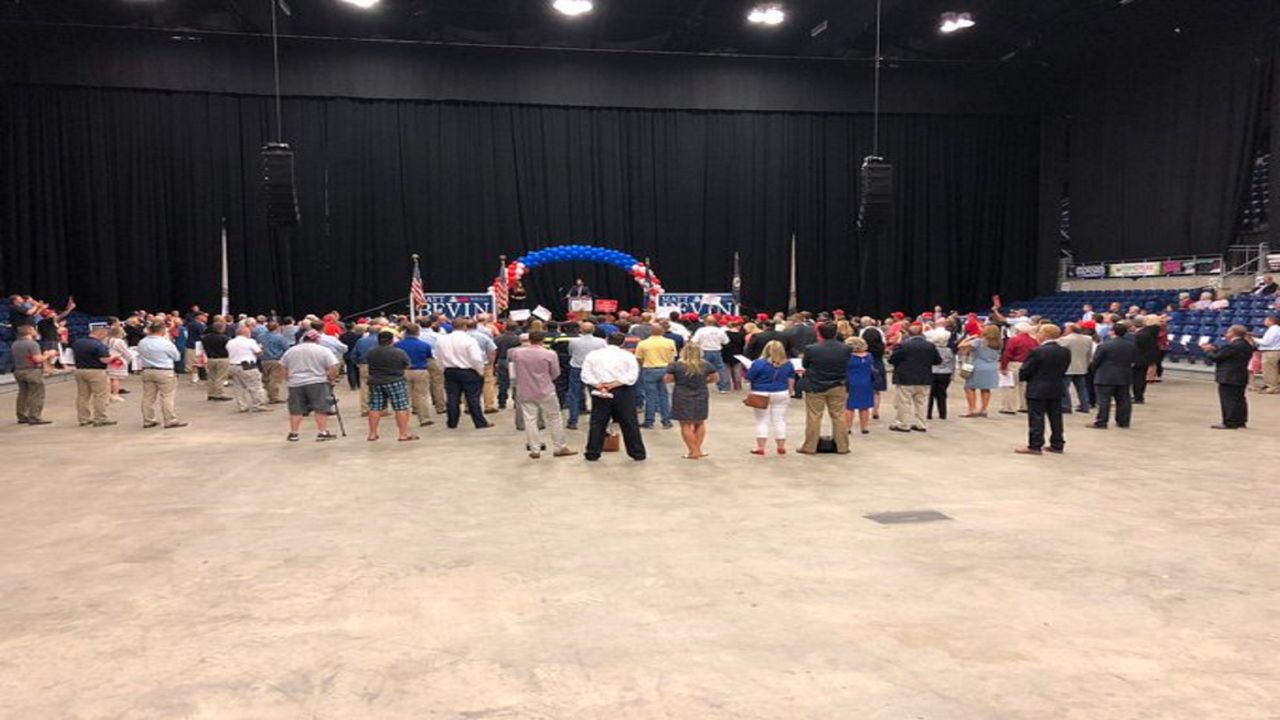 PIKEVILLE, Ky. - Donald Trump, Jr. campaigned for Governor Matt Bevin's re-election campaign on Thursday. The two spoke to a crowd at at the Appalachian Wireless Arena on Main Street. President Donald Trump's eldest son rallied for Republican candidates by calling out Democratic Presidential candidates, after some called for U.S. companies to convert to renewable energy sources.

"You guys watch the Democratic debate? When did they get that platform? What was it, 100% renewable in 10 years? I don't think so. I don't think so. That's not only ridiculous, it's dangerous and irresponsible," Trump, Jr. said. "When we have this great energy in our own Earth we could do it well, better, cleaner, and then those around the world, who hate our guts, who hate our values, hate our freedoms, why would they ever attack the people, this part of the world, this country, who just want jobs for their family, who want the American dream back for them and their kids., when that's been our only export for the last 50 years?"

Bevin talked to the crowd about his campaign for re-election, and the 2020 Presidential campaign.

"I'm gonna be on the ballot and you have a chance to choose in 2 and a half months. But it's way bigger than one election. It's way bigger than one person. This is the battle for the heart and soul for the United States of America. Don't get that wrong. Don't get that wrong. And, I am grateful, truly grateful, to be personal friends with, but more importantly, professionally-associated with the President of the United States. That he, and our Vice President, who love this country genuinely love America. And they love working class men and women," Bevin said.

Bevin could be trying to attach himself to the White House because then-candidate Trump won Pike County by about 15,000 votes against former Secretary of State Hillary Cinton. In May, then-candidate Bevin lost the primary to Robert Goforth in Pike County.

Kentucky voters will be able to cast their ballot for governor on November 5.