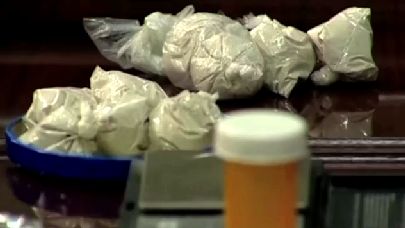 Doctors and first responders in Kentucky say there are some signs indicating the opioid epidemic may have improved somewhat over the last year across the Commonwealth. Although Kentucky is listed by the Centers for Disease Control and Prevention (CDC) as one of the states with the leading number of overdose deaths, the Cabinet for Health and Family Services expects the final number of deaths from opioids in 2018 in Kentucky to show a 10% decrease from the 2017 count. It may be a small improvement, since there was an inrease by that same amount from 2016 to 2017, but medical experts are optimistic their strategy to fight the epidemic is working.

Dr. Allen Brenzel, with Kentucky's Cabinet for Health and Family Services, feels the strategy of making the overdose antidote Narcan more readily available, treating patients in emergency rooms and prescribing a drug to help with withdrawal, and decreasing the amount of opioid prescriptions for pain, is working. Brenzel says that the first three quarters of 2018 showed fewer deaths than in the same periods in the year prior.

"I am hopeful to say that for the first time since we've been collecting the statistics that we are very optimistic that in 2018 we're gonna actually see a decline in overdose deaths," Brenzel says. Once autopsies are finalized, the complete numbers should be released in June.

He now feels there's more work to do, including overcoming stigma associated with addiction. So does Rob Perez, co-owner of DV8 Kitchen in Lexington.

Perez hires employees that are recovering from addiction. He says it gives them an outlet through which they can continue their positive track.

"I am an addict. I watched unfortunately, twelve of our employees at our other restaurants here in Lexington pass away from drugs and alcohol. We also watched the best server that we ever had- caught her doing heroin in our bathroom. So, I've seen what this opiate addiction has done," says Perez. "It's obvious that you need a job to get out from recovery, but when you consider how many friends, relationships you've built from work and you kind of investigate that, you realize that you have a support system at work. What we're doing is being able to use a job as a platform for relationships."

While he's encouraging others to do as he does and give those in recovery a chance, he's hopeful the epidemic is slowing. Some first responders in Louisville are reporting fewer calls to administer Narcan. Louisville Fire reports that there were 232 fewer calls in 2018, than there were 2017.