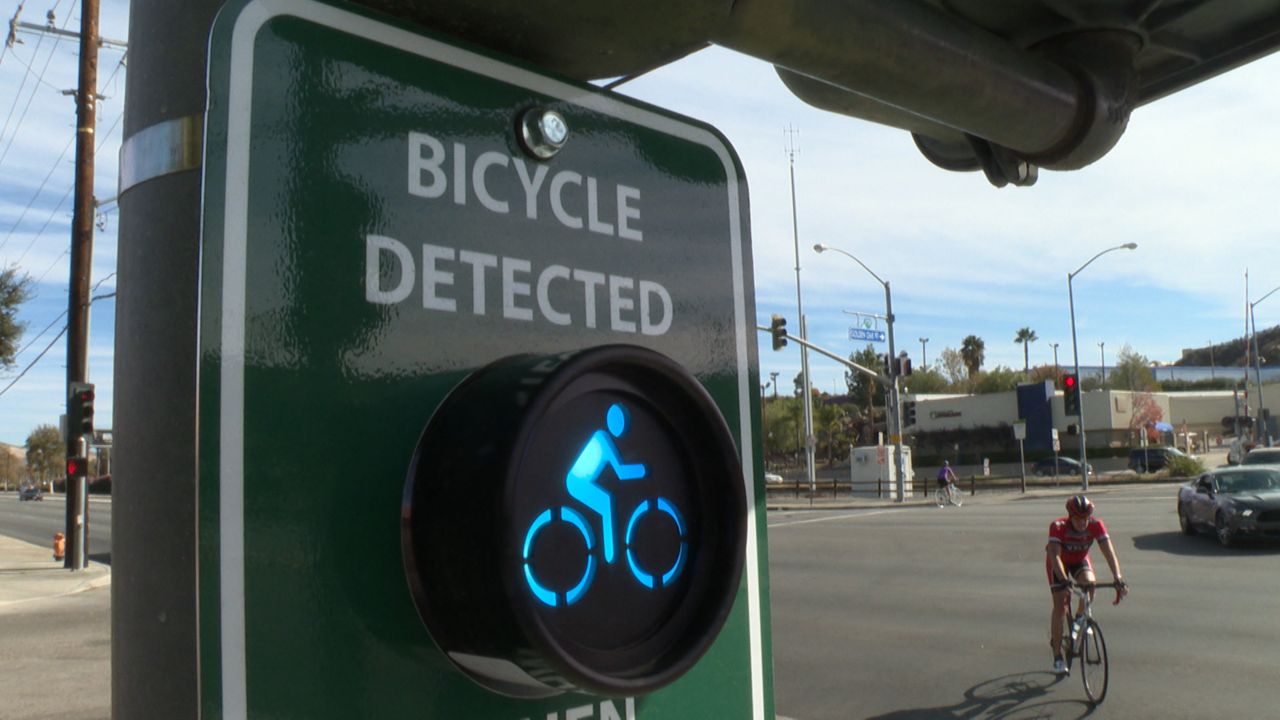 The city of Santa Clarita is working to make a popular bike trail safer for bike riders by testing out “Give Me Green,” an app that detects bicyclists before they approach a crosswalk.

With close to 40 miles of dedicated bike paths along the 5.5-mile Chuck Pontius Commuter Trail, there are plenty of residents who love getting around on two wheels. Cyclist and Santa Clarita transportation planner Tom Reilly is one of the people looking closely at the future of bike riding in Santa Clarita.

“It’s the first such test site on a bicycle corridor in the country,” said Reilly.

Once a user hits start before the start of their ride, the app syncs with the traffic signals.

“At 100 feet, it effectively pushes the walk button for me,” he said.

That’s when the sign lights up green, activating the requests for both crosswalks without having to push a button. That way cyclists and pedestrians can get through the intersection faster.

The city’s commuter bike trail is mostly protected from traffic along the busy Soledad Canyon Road, but Jay Dean has had some close calls.

“I average three times a week of very close to getting killed,” said Dean, who said he welcomes anything that raises awareness of the presence of bicyclists and pedestrians. “I want to at least know that I’ve got some illumination in my favor.".

At another intersection on the trail, the app also triggers an electronic sign - warning drivers making a right turn that pedestrians and cyclists are approaching.

“You might make a little bit better time if you don’t have to wait at three signals at this corridor quite as long,” Reilly said, referring to the attempt to improve traffic flow in that area.

“We would be able to detect how many users are passing a given intersection and that can help us in terms of planning for future trails,” he said.

It’s a step toward the goal of a city-wide network, leaving a trail of connectivity between cars, signals, and people.