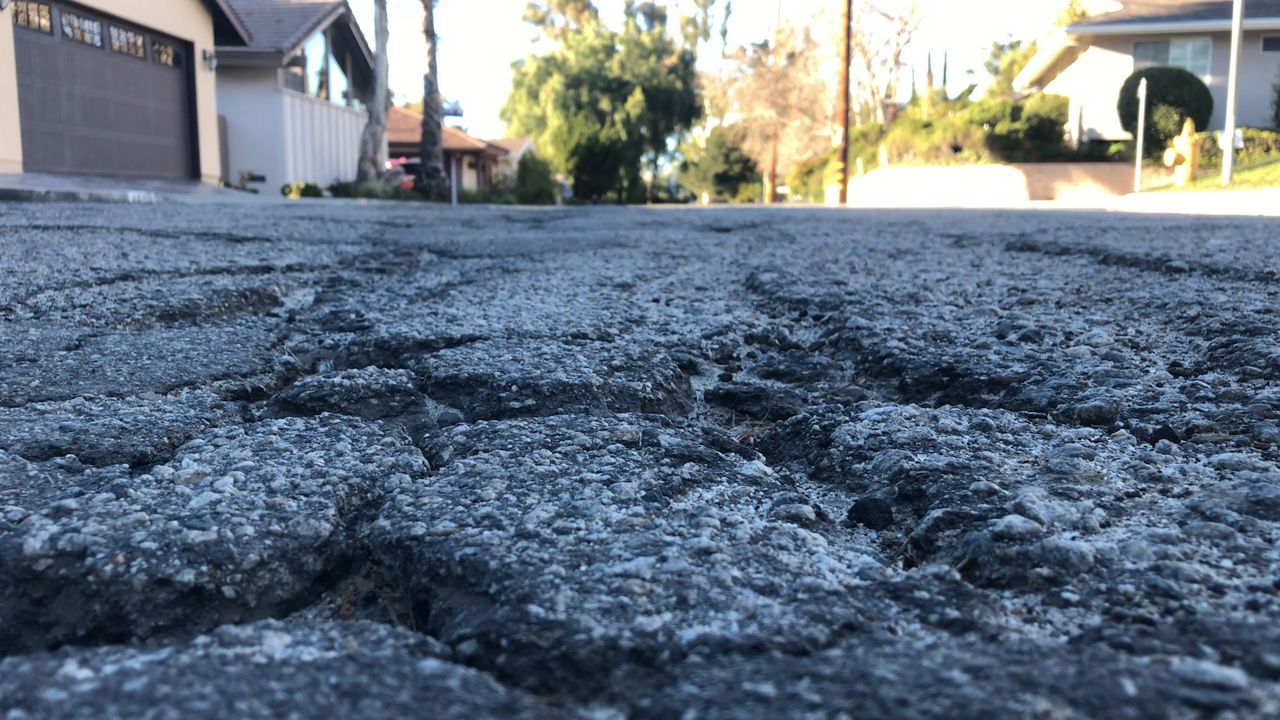 Dozens of neighborhood streets in the Southwest San Fernando Valley haven’t been repaved in decades, some since the Great Depression.

Joe Breckner’s entire street in Tarzana used to be covered in cracks.

Even as a real estate agent, he had no idea he lived on what’s known as a withdrawn street until he and other neighbors tried to get it repaved and were told they couldn't.

More than 300 streets throughout Los Angeles are considered off the public grid. That means the city hasn’t had to maintain them.  The trouble is neighbors say nobody told them.

"When I go and show a house, there’s no notification that we know a street may be in that category or not," Breckner added.

District 3 City Councilmember Bob Blumenfield has more withdrawn streets in his district than any other part of the city. He’s been pushing to get those streets restored.

"It was back in 1936 when most of this happened. There was a state law that had to do with liabilities, and it caused the city to look at a number of streets it deemed to be unsafe at the time," Blumenfied said.

Before realizing how widespread the problem was, they tried to bring some individual streets back into the grid. Breckner's street was one of them. It got paved about a year ago, but Blumenfield’s office has since been inundated with other calls from neighbors like Brian Knopf, who weren’t as lucky.

He worries about his children’s safety.

"Trying to teach them how to ride their bikes and I go that way because if we go this way, they ride up the street and they’re tripping all the time," he said pointing up and down the street.

He’s also put in more than a dozen calls to the city’s 3-1-1 service with no luck.

"If I didn’t file my taxes or pay the city taxes, I’d get in trouble, but yet the city doesn’t have to take care of what their responsibility is," Knopf said.

The city is now preparing to rescind those decades old measures and grandfather the streets back into the system.

"These are public streets that have been used, are going to be continued to be used, and we as a city have an obligation to fix them," Blumenfield said.

It's a small fix that could pave the way for major improvements on forgotten streets.