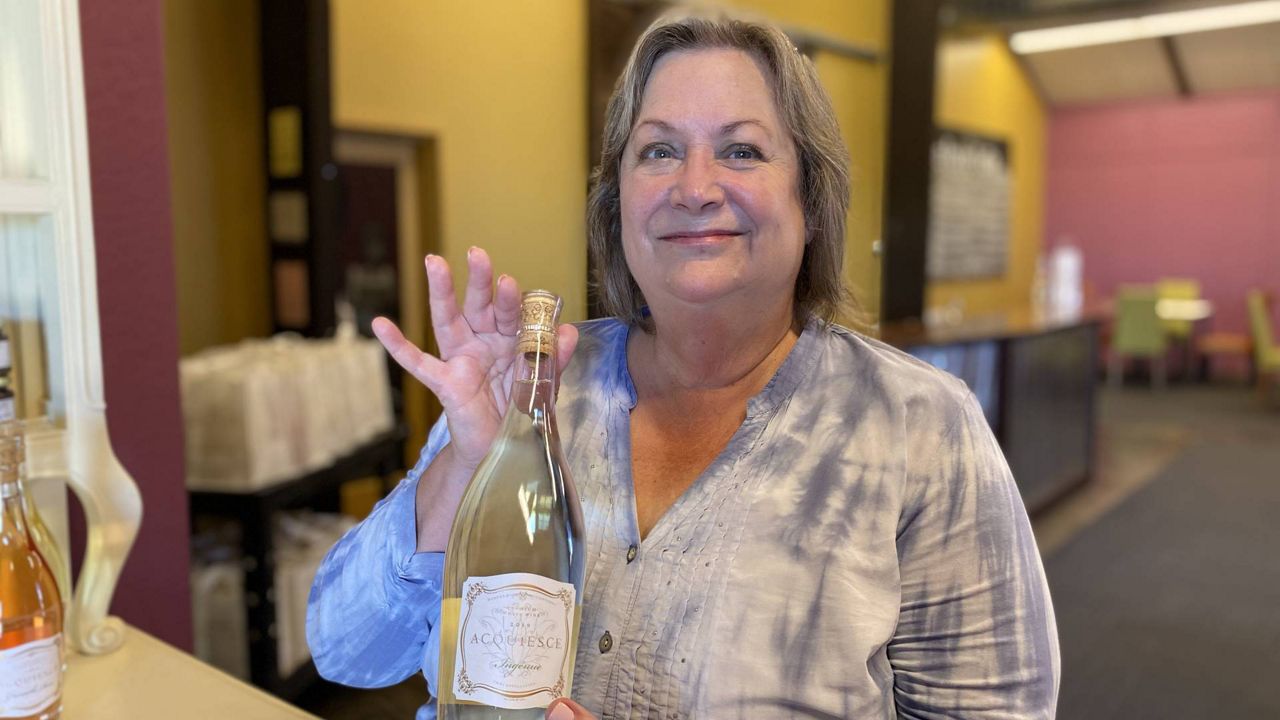 California winemaker shares how drought has impacted her business

In a region mostly known for its Zinfandel, Susan Tipton aimed to produce world-class white wine when she opened Acquiesce Winery in Acampo, outside of Lodi, more than a decade ago.


"I feel like I'm living the dream," Tipton said.

But with California's changing climate, Tipton said she's worried she won't be able to sustain her dream in the long term if drought conditions continue to worsen.

Tipton's vineyard is already feeling the effects of the drought in both positive and negative ways.

"If we get continued reduced yields in the vineyards, we're going to have less wine, which will create higher prices," she said.

One thing that hasn't suffered due to the lack of rain is the taste of her award-winning wine, the Chicago native said.

"The berry sizes were much smaller, which actually created a better quality wine, but much less of it," Tipton said.


Less rain has also caused Tipton to start watering earlier than she normally does. Tipton notes that she uses a drip irrigation system to help limit the amount of water consumption.

"There's things we're doing in the vineyard that help," she said. "We're planting a cover crop, so in the spring, there's a cover crop between the rows for nutrient purposes, but also it helps maintain whatever moisture is there. So there's all these different layers that we can do, but it's still not going to replace the water situation."

While she can't do anything to control mother nature, Tipton is glad to be a part of a UC Davis experiment looking at which grapes are more tolerant to drier and hotter weather.

"When I opened the winery, my major intent was to give back," she said. "It wasn't about, at my age, how much money can I make? If you open a winery, you know that's probably not going to happen anyway. But how can I, as a winery owner, give back to the community?"

By donating part of her land for research, Tipton hopes she can help future winemakers continue to do what they love despite the deepening drought conditions.