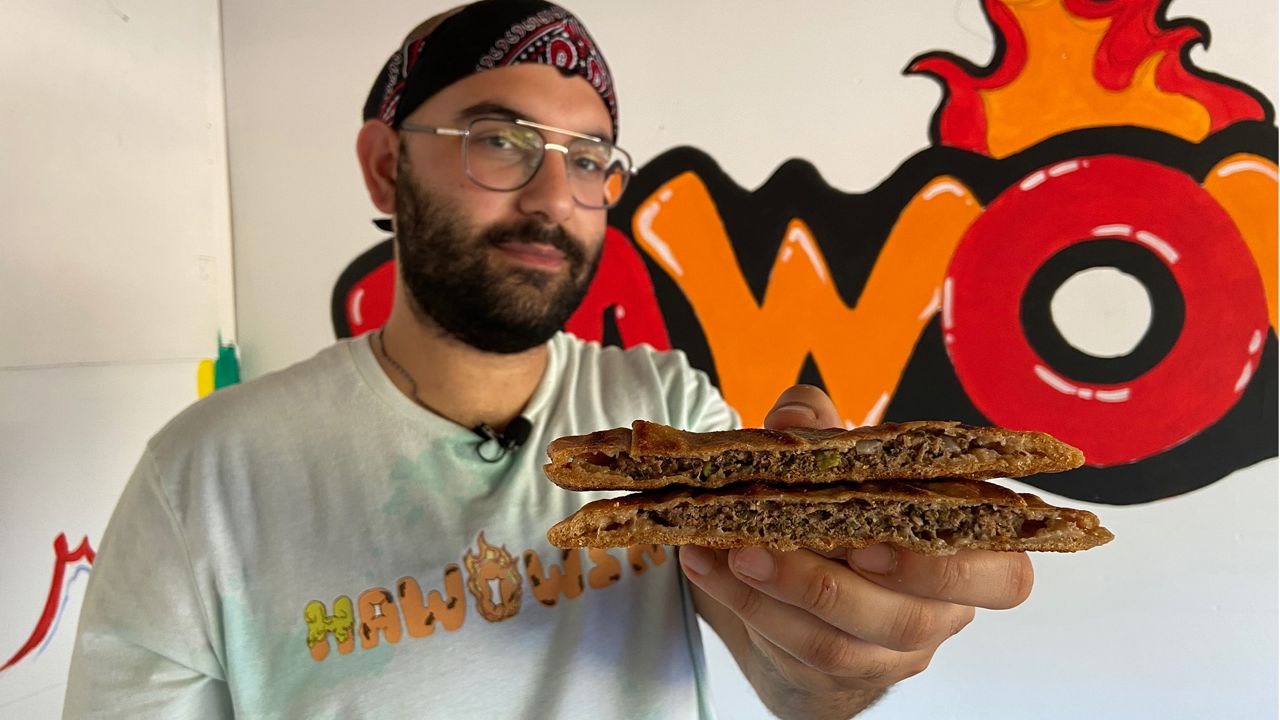 Egyptian street food and culture comes to a garage in Reseda

LOS ANGELES — Amir Edwards, 23, was born and raised in Cairo, Egypt. He gained a passion for food by watching his grandmother cook cultural classics, even learning a dish or two from her. So, when he lost his job as a line cook at The Cheesecake Factory at the start of the pandemic, he didn't immediately panic. Instead, he fell back on what he knew: Egyptian food.

"Growing up, my teta was always cooking, and she actually had a business very similar to this one," Edwards said.

Modeling off his grandmother, Edwards decided to serve customers two Egyptian street food classics from his garage in Reseda — hawawshi and feteer. Both are dishes served off food carts that dot the streets of Cairo and things Edwards grew up eating after school. He called his new operation "The Original Hawowshi," a play on the word hawawshi because, as Edwards puts it, "we put the WOW in hawowshi."

But Edwards doesn't just stop at serving food to his customers. Outside his garage, he has a quaint table and some chairs where he sips tea with his customers and chats about Egypt.

And while he's excited about introducing Angelenos to his beloved Egyptian dishes, Edwards said it's this personal connection that he builds with customers that is really his point. He wants to share culture, swap stories, and give people a taste of Egyptians' hospitality.

"I think what is happening with food and the way people are approaching the food and what they're trying to get out of that is very uplifting than what we see on the news," Edwards said.