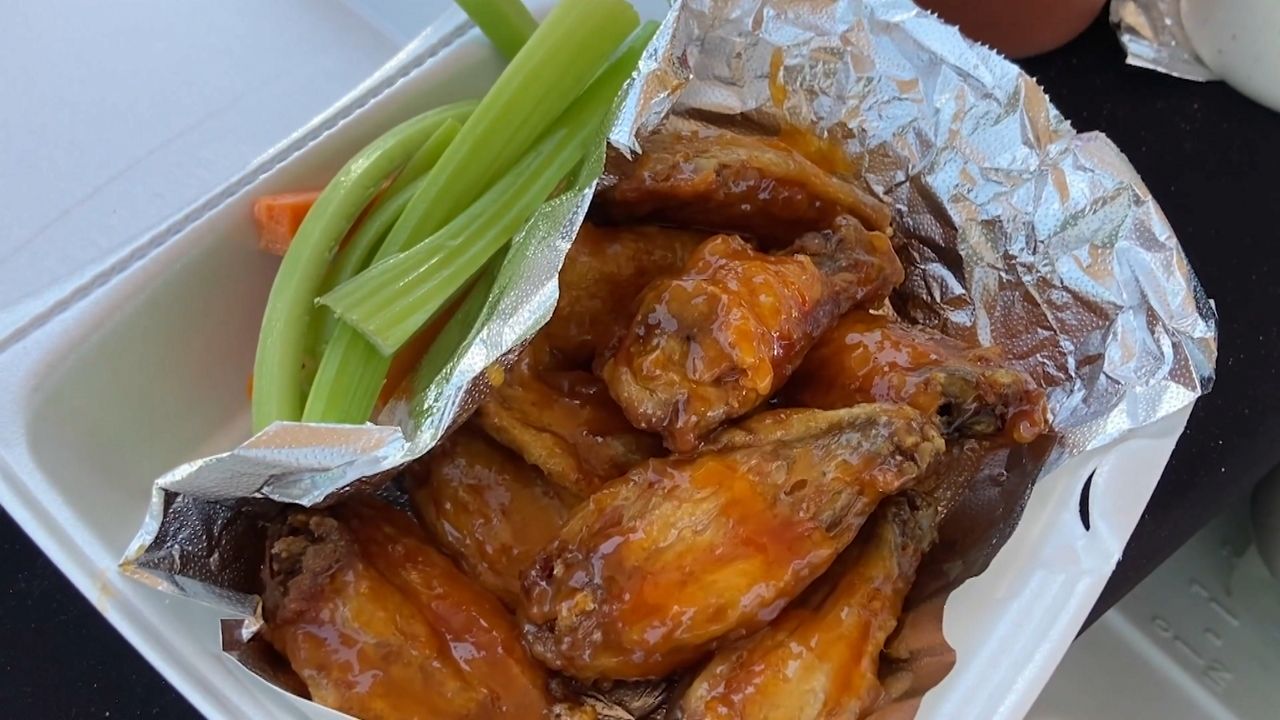 LOS ANGELES — Two truck drivers turned chefs are now serving fresh-to-order wings and sandwiches on the streets of East LA. The Wing Man pop-up opened eight months ago and is already on its way to having their own brick and mortar due to their delicious eats.

They dip every crunchy chicken tender in oil mixed with a secret blend of spices and owner Oscar Briones won’t reveal the recipe saying, “It’s a mix of spices, brown sugar and that's all I can say to be honest. It has a little bit of everything.”

These secrets brought this small street vendor quick success. Briones and his co-owner Francisco Moreno are actually in the trucking business, both with different connections to the kitchen. Briones has cooked since he was 15 at home and started falling in love with it when he had to make meals for his daughter.

“A lot of people don’t find it as exciting as I do. I enjoy putting plates together,” said Briones.

Moreno on the other hand had zero experience and never really liked cooking, until now. He takes it very seriously.

“The thought of blending all these spices together and people liking it, it feels really rewarding,” said Moreno.

They both still have their full-time jobs, so they only sell on weekends in East LA. They felt there weren’t many wing options in the area.

“A lot of people have tacos and birria. We wanted to do something way different,” said Moreno.

Soon, more and more people stopped by for their fresh, never frozen wings and homemade sauces ranging from ghost pepper to garlic Parmesan. Customers even requested fried chicken sandwiches, which are now a staple on the menu.

“It was built with a purpose. Everything was pieced together where it will have a bit of sweetness, citrus and garlic. It’s a perfect blend,” said Moreno.

They cut and double wash their own potatoes for the French fries and the non-GMO chicken wings are double fried to get that crisp and crunch before being doused in sauce.

“Even though with the pandemic the prices skyrocketed, we get the best quality possible,” said Briones.

This is a dream Briones and Moreno never thought they could accomplish, so humble and honored to serve the community. They are working on a brick and mortar where they can do this full time and quit their current jobs.

“We didn’t expect to be where we are to be honest. It’s been a fun ride and some people have told us it’s just getting started. It’s weird. we went from not being chefs kind of, to real chefs calling us chefs. It’s an amazing feeling to be honest,” said Briones.

The Wing Man is located at 5465 E Beverly Blvd. East Los Angeles, CA and is open on Saturdays and Sundays from 12-5 p.m.