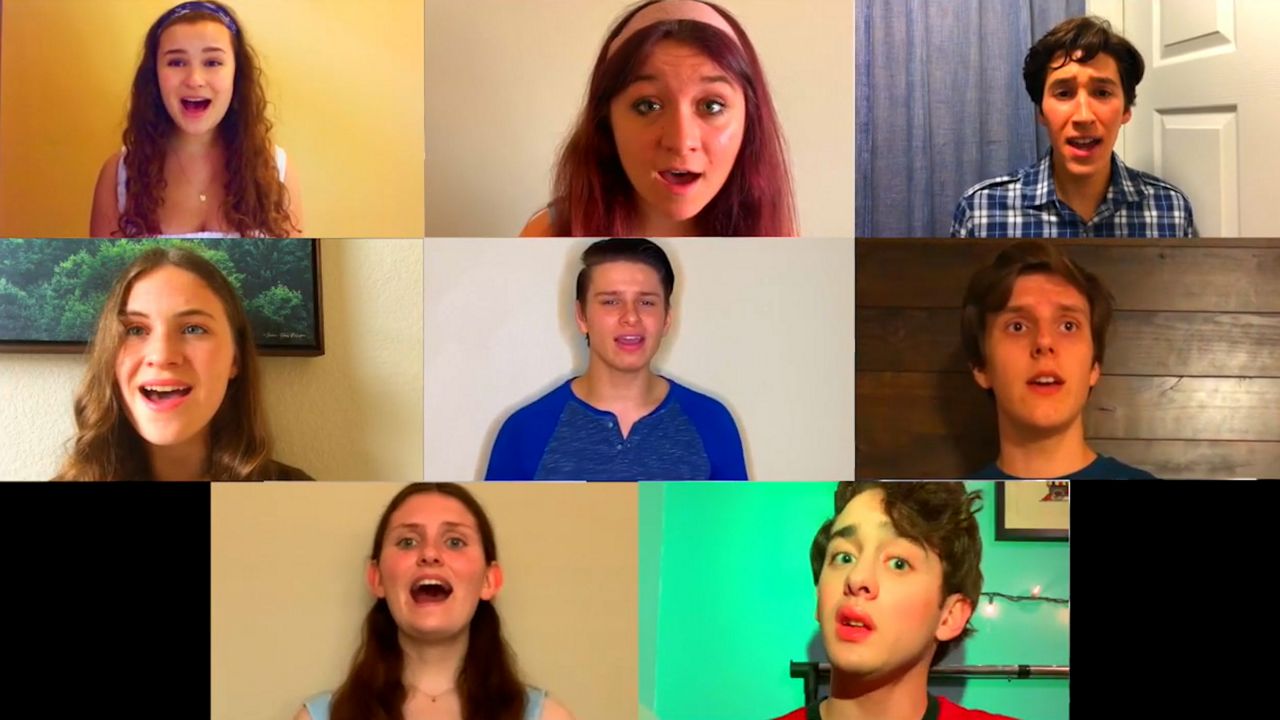 OC School of the Arts Presents Virtual Production of "Now. Here. This."

ORANGE COUNTY, Calif. – When the pandemic hit, high schools closed their doors and spring productions across the country had to be canceled. Except...maybe one.

Orange County School of the Arts had just started rehearsals for Now. Here. This. It was supposed to be their spring musical but for Audrey Hempel it was something more.

“This was going to be my very last show at OCSA," Hempel said.

Making it even more disappointing was the fact that this was also a really unique opportunity. The students would be workshopping a new, flexible version of the musical with members of the creative team, including Susan Blackwell and Hunter Bell, who co-wrote the book and were part of the original cast.

The team decided to hold a read-through over Zoom and that’s when Blackwell had an epiphany.

“I really want the world to see them," she said. "So I thought, is it possible that this the one piece of theater, one of the pieces of theater in the world, that doesn’t get canceled by the pandemic?”

And so she posed the question to the kids. “What would you all think of maybe working on this a little virtually?”

“I definitely thought it was a crazy idea," Hempel laughed.

They decided to start with one song.

“And one became two and two became four," Blackwell said. "They have now staged and filmed, completely independently and in quarantine, the entire musical.”

Because of the nature of the show, and this new flexible format, the students were able to insert themselves and their experiences – including what life has been like these past few months.

Hempel says her favorite song is “Then Comes You.” It was performed by the seniors, and it became their song.

“We made it like a love song to each other," she explained. "So it’s kind of like our little story and a goodbye.”

The final version of the show will be available for one weekend on OSCA's YouTube channel. Blackwell says she couldn’t be prouder of the students and the show they’ve put together, in spite of the pandemic.

But she's glad she had it. It’s not the final performance she expected, but it’s one she will always cherish.

“I definitely feel like we got to cross the finish line," she said.

OCSA's virtual production of "Now. Here. This." is available on YouTube from May 14-17. The show doesn't require a fee, but viewers are asked to make a donation to the OCSA Foundation, Educational Theatre Foundation or GenZStayHome, which was launched by original cast member Heidi Blickenstaff and her husband.