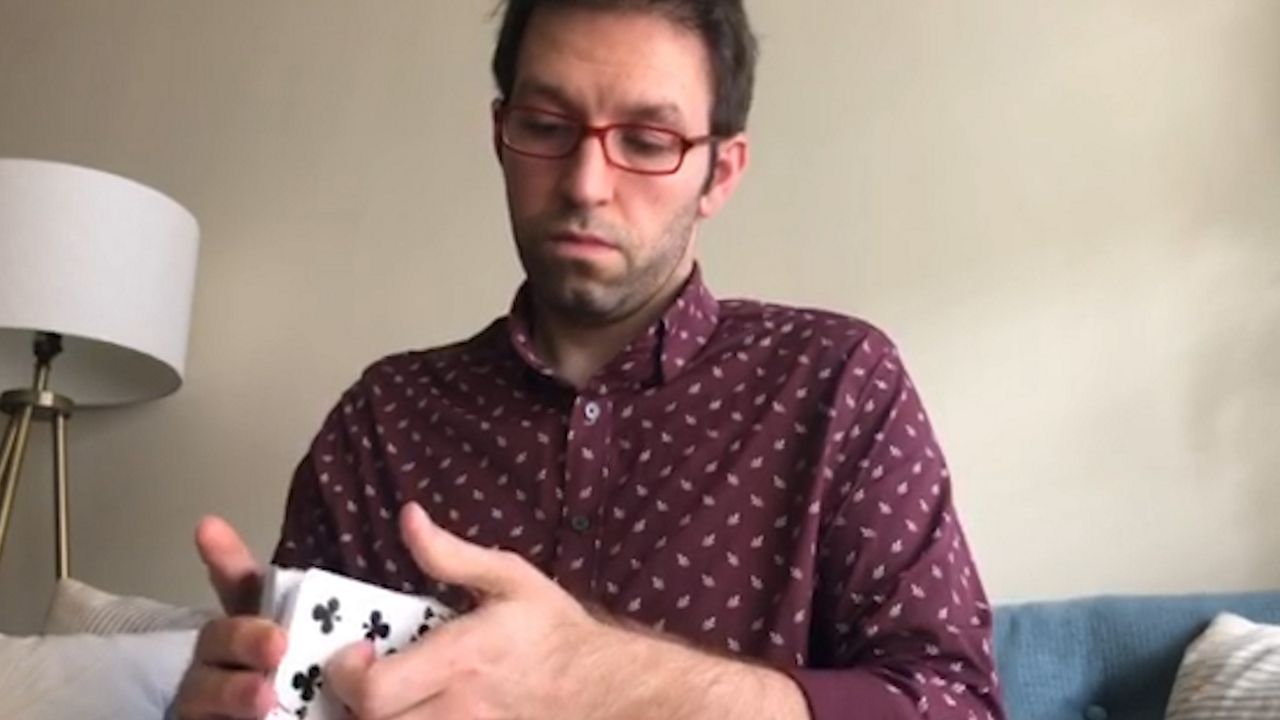 Geffen Playhouse Conjures up Virtual Theater With "The Present"

WESTWOOD, Calif. – Getting together for a theatrical experience isn’t in the cards, but illusionist Helder Guimarães has conjured up a way.  When crafting his new show, The Present, he wanted to structure it around a story that would speak to the present moment.  And he found one in his own past.

“'You know, this is not the first time that I’ve been in quarantine,'" Guimarães remembered telling the team at the Geffen Playhouse.  "And all of a sudden everyone in the meeting was like….'What?'"

Without giving too much away, the story of The Present revolves around that earlier, life-changing experience.  But Guimarães' work revolves around audience interaction. Finding a way to replicate that remotely would be tricky.

“I need people to actually be with me," he explained. "Say things. Decide things.”

They decided to hold the performances on Zoom. Each audience member receives a sealed mystery package in the mail. That’s their ticket and they need to show it to the camera to prove they haven’t opened it.

Guimarães admits, it’s not exactly the same as live theater but he does think the audience forgets for a moment they are in their separate homes, especially because at times the big reveal happens in their own hands.

“Everyone in their home go like, 'Wait a minute! He is in his house. I am in mine. How did this happen?'" he said.

Early on, the organization launched an initiative called the Geffen Stayhouse – a series of 5-10 minute clips of original content. The Present is their first full-length offering, running the usual eight shows a week. The initial one-month run sold out in less than hour.

Of course, business is far from usual and will be for some time. As for reopening, Shakman says the Geffen will take their cue from local officials, and from audiences about when they feel ready to return. And he says they have a task force looking into ways to make the space as safe as possible for when that day comes.

In the meantime, Guimarães thinks The Present could be an example for other theaters about how to offer content now and in the coming months.

“The humans have a huge capacity to reinvent themselves," he said. "I’m fortunate that people in the middle of a terrible situation are finding ways to connect, to share and that’s very beautiful.”

It may been dealt a difficult hand but the magic of live theater will find ways to continue.

We’re giddy. You wanna know why? Previews for “The Present” begin tonight! While we want you to sit back with your favorite drink and enjoy the show, please don’t ruin the surprise for others by posting photos of what’s inside the box or the show itself! @lizrose137 took this spot-on photo of her lovely night with us, so be like Liz. She didn’t reveal #whatsinthebox