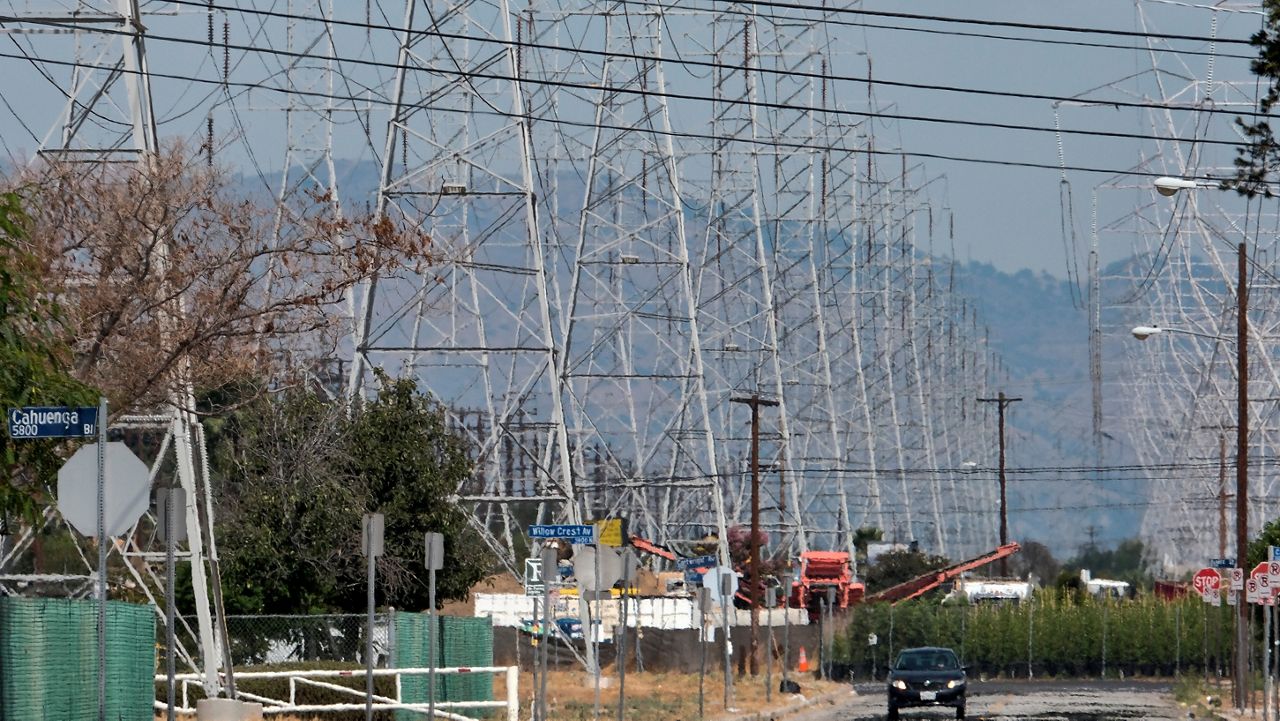 In this Aug. 15, 2020, file photo, an automobile drives down a road as radiant heat is seen coming off of the pavement near high tension electrical lines in the North Hollywood section of Los Angeles. (AP Photo/Richard Vogel)

California heat persists, but no call for power cutbacks

EDITOR'S NOTE: Multimedia journalist Lydia Pantazes spoke with an LA County fire captain about how when the heat rises, they're not just worried about fires. Click the arrow above to watch the video.

SACRAMENTO, Calif. (AP) — Heat advisories remained in effect Thursday in the Sacramento and San Joaquin valleys and adjacent areas but managers of California’s power grid did not repeat the previous day’s call for voluntary conservation of electricity.

On Wednesday, the California Independent System Operator asked residents to voluntarily reduce electrical use from 4 p.m. to 9 p.m. to avoid stress on the grid that can lead to power failures.

A surge of monsoon moisture created extensive cloud cover that kept the day’s high in the low 90s in the Sacramento area, but temperatures soared elsewhere in California’s interior.