Imagine the next time you walk into Disneyland and see a virtual Mickey Mouse and Pluto playing fetch at Toontown. Maybe you'll be able to see the enchanted rose from "Beauty in the Beast" from all angles hovering in front of you or watch as Walt Disney waves hello to the crowd from his second-floor apartment above the fire station in Town Square.

Disney plans to create a virtual reality space where people interact in a digital-simulated environment. 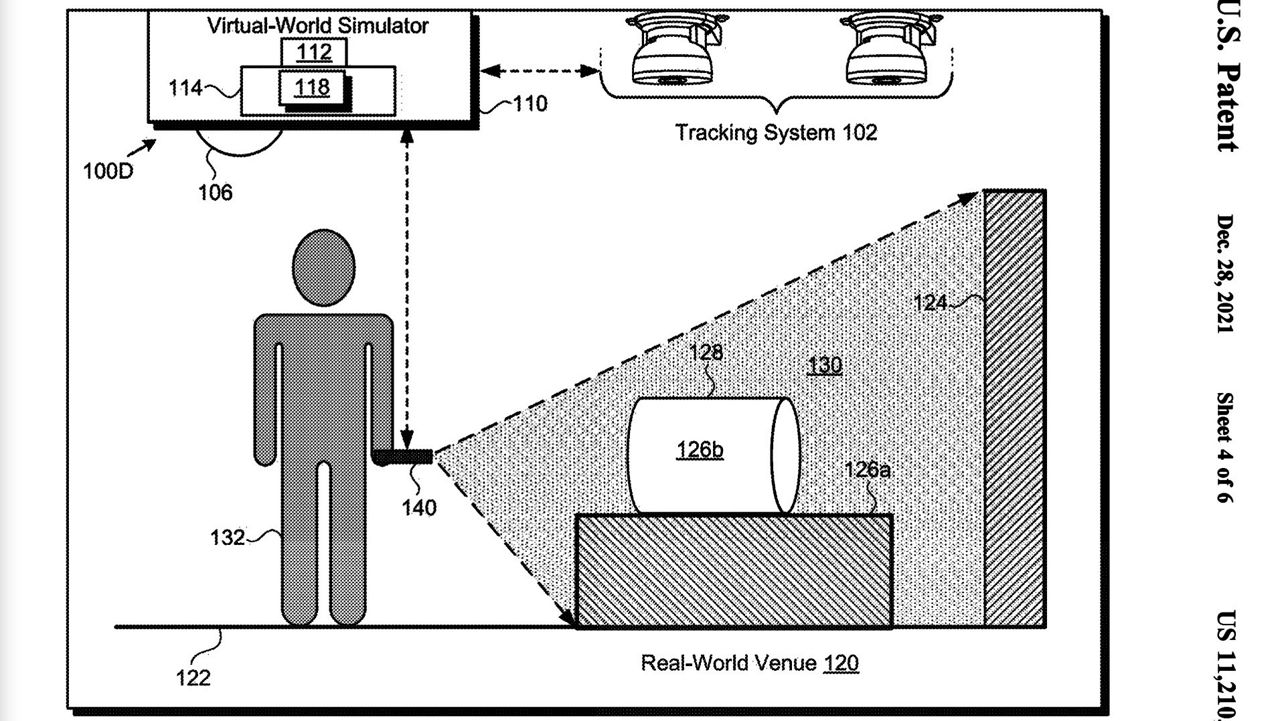 The United States Patent and Trademark Office on Dec. 28 granted The Walt Disney Co. a patent to create what Disney describes as a virtual-world simulator in a real-world venue. The patent could mean creating a virtual experience while inside a Disney theme park or Disney property.

Disney officials did not return a Spectrum News request for comment as of press time. 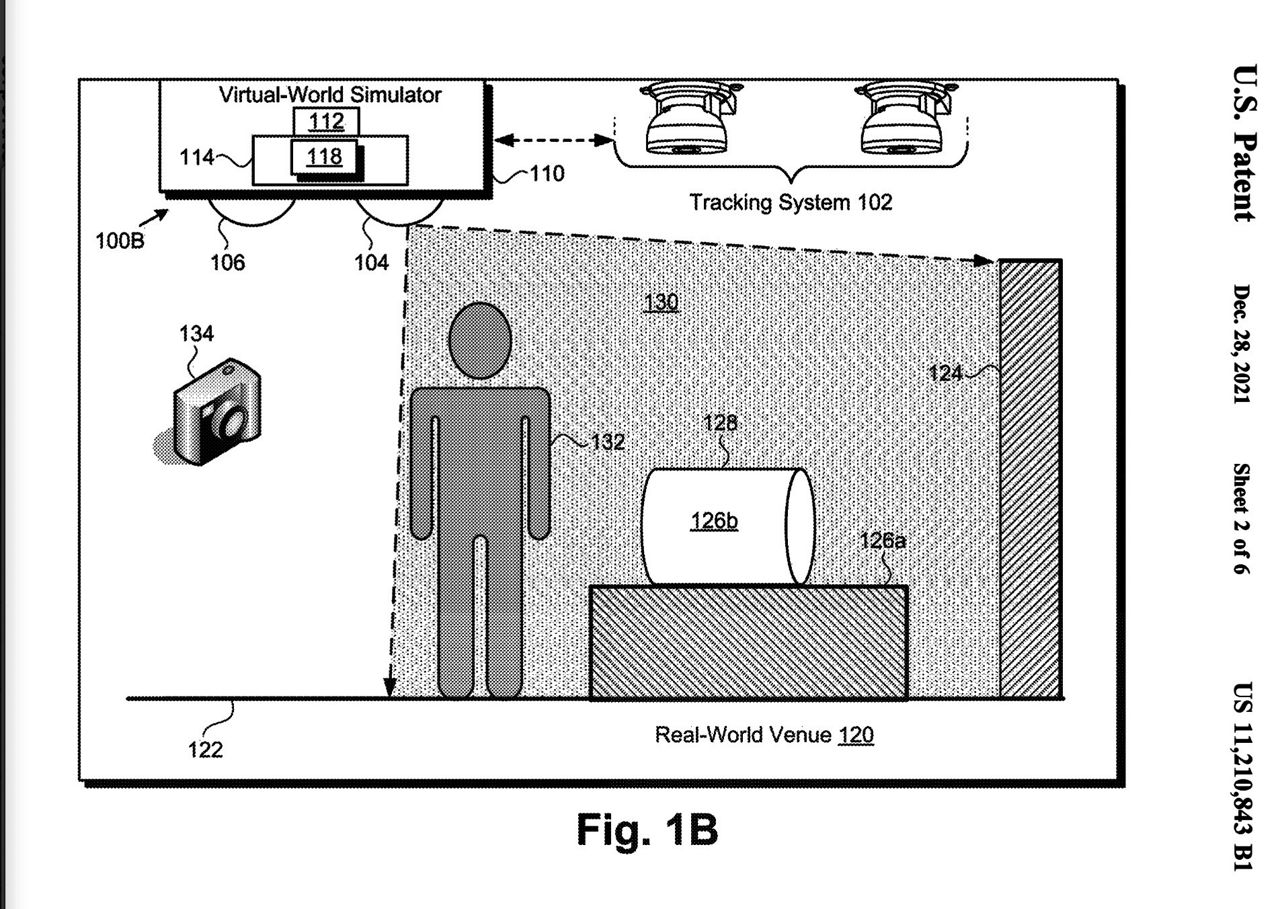 Eliezer said Disney's new patent puts the company one step into creating its own metaverse.

"A lot of companies are heading into the metaverse," said Eliezer, a partner and patent attorney at Founders Legal. "There's a growing ecosystem and land grab of patents. Everyone is trying to get their own piece of this metaverse."

It is no surprise that Disney has joined the ranks of Google, Facebook, Apple and Microsoft, among many other technology companies, to jump on the so-called metaverse.

The metaverse is defined as a digital ecosystem designed to simulate our real-life environment, said Yuri Eliezer, a partner and patent attorney at Founders Legal.

The coronavirus pandemic accelerated the use of this technology. Disney filed for the patent in July 2020.

With most people working from home and telecommuting, "we are now more virtually connected than we were ever before," Eliezer said, adding that we can still be productive when virtual.

"Now we are creating a virtual ecosystem to live, work and play," Eliezer said.

Disney is no stranger to incorporating new technology into its theme parks. One of Walt Disney's most famous lines is Disneyland would never be completed as long as there is imagination in the world.

Disney, which created the first Audio-Animatronics in the 1960s, and trackless rides, has more than 300 patents.

At Disneyland, one of their former nightly fireworks shows featured projection mapping technology. As fireworks went off above, Disney projected animated images on the surface of the Sleeping Beauty Castle, buildings along Main Street, U.S.A., and even it's a small world.

Disney modified and adapted its parks technologically during the pandemic by adding mobile orders and a new enhanced day planner using artificial intelligence called Disney Genie. The Disney Genie+ has an augmented reality component as well.

While the MagicBand is not new, especially for Walt Disney World, the wearable tech that allows visitors to sync their theme park tickets, room key and more, is coming to Disneyland.

For this recent patent, Disney plans to take it one step further and create a fully immersive experience at their theme parks. 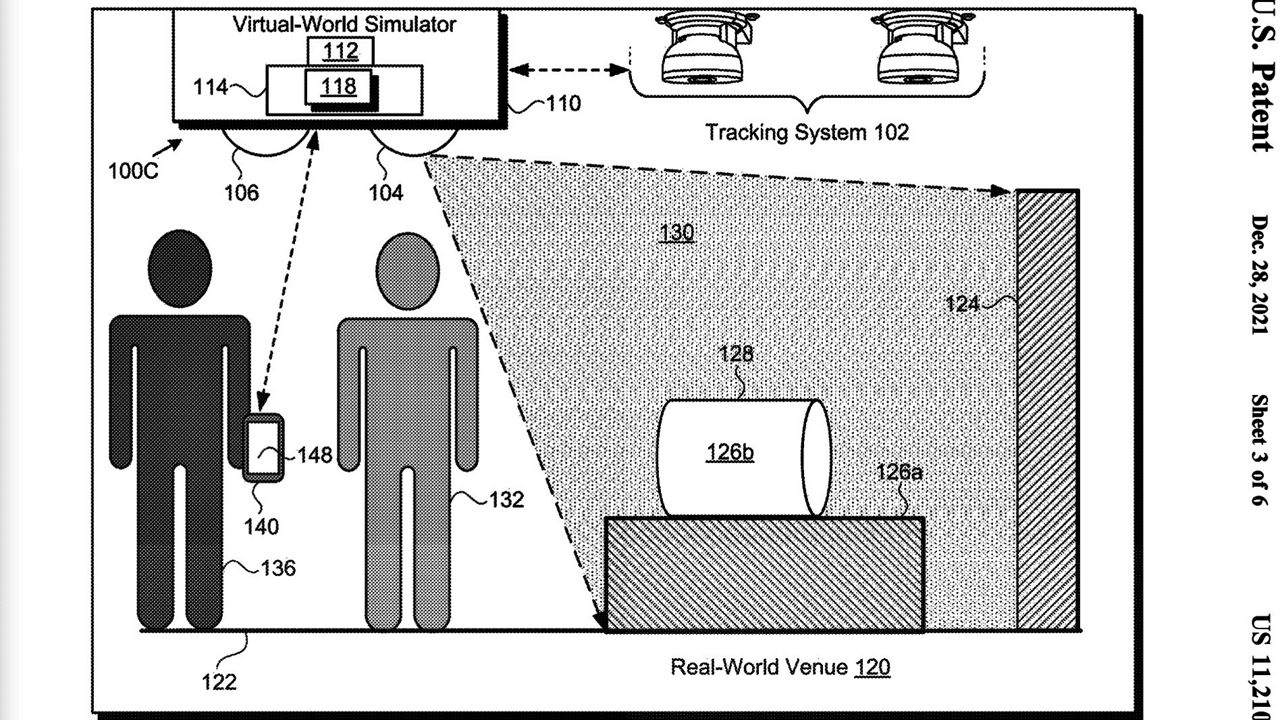 According to the patent, Disney plans to create a virtual world simulator, perhaps inside a room or different parts of the park, that includes a hardware processor, a tracking system and "a handheld device configured for use by a user in the real-world venue and communicatively coupled to the computing platform."

Currently, most projectors shine an animated or visual image on a two-dimensional surface. That's the image that most people see regardless of different vantage points.

Disney's patent will use multiple projectors to enable one or multiple users to experience a virtual world through virtual effects applied to a three-dimensional object inside the room.

One possibility, DeStefano said, is to imagine a room with multiple projectors, so as a visitor moves throughout the room, the projector will project on physical objects different virtual or animated things around them.

In many ways, the projected images would appear like a hologram.

Think of the Enchanted Rose in "Beauty and the Beast," he said.

Disney would just need to place a plastic cylinder inside a room with this invention and let the projectors do all the work to make it look like an enchanted rose.

The patent also states that Disney plans to create a handheld device to show the virtual image rather than just having projectors mounted all around a room.

"It can be an I Spy-type of game where someone would hold a handheld device like a flashlight, and as they shine it over an element in the room, something will be animated there," DeStefano said.

The users won't see a virtual version of themselves in the room. However, the whole space around them will be virtual.

The patent is different from augmented reality, where computer-generated images appear through a device.

"What's happening here is it's actually being projected," said DeStefano. "Rather than look through a phone screen or a headset, Disney developed a system almost similar to a movie projector to project on a real surface what humans see on a screen. It's more real-world experience rather than looking at it through a phone."

And there's no need for a virtual reality headset, augmented reality glasses or those types of goggles.

Those are solitary experiences. Disney's invention would allow multiple users to share the same experience simultaneously.

The possibilities for this new technology are endless.

DeStefano said the projectors could be installed inside a dark ride room as something people enjoy while waiting in line or varying places throughout Disneyland, Downtown Disney or Disney's theme parks at Walt Disney World.

Eliezer said Disney would most likely unleash their intellectual property as the projected virtual images. And it appears Disney is fast-tracking the development of this technology.

Usually, it takes someone nearly two years to patent something at the U.S. Patent Office.

Disney expedited this filing and received it in six months. They want to be leaders in this space and technology.

"It likely means it's a near-term rollout for them or it's a licensing play," said Eliezer. "Disney's goal in getting this patent ... Disney believes others are going to get into this space. They want to make sure they get this patent first."