HALEIWA, Hawaii — Two surfers from Hawaii, Carissa Moore and John John Florence, both defended their titles in the 2021 Vans Triple Crown of Surfing in digital results announced this week.

Moore, the five-time world champion and Olympic gold medalist, earned her repeat Triple Crown by sweeping the Hawaiian Pro in Haleiwa, the World Cup at Sunset Beach, and the Pipe Masters at Pipeline in waves she surfed over a 30-day period on Oahu's North Shore.

The 29 year old also took home the Fan Favorite award to win a total of $66,500 — the first time in 39 years that the event’s highest prize money winner was a woman.

“I’ve never surfed Pipe and Sunset as much as I did this winter,” Moore said in a statement. “Those are two really challenging waves. It was great motivation to get out there and keep pushing the limits of what we can do.”

Moore noted in an Instagram post that "it was challenging at times to navigate the conditions and crowds but I really enjoyed putting in the time, learning a lot and warming up for the (World Surf League) season ahead."

It was the second year of the Triple Crown’s digital format amid the pandemic, in which surfers have a 30-day window to submit their best two waves recorded on video themselves at each of the three locations, in lieu of the traditional in-person heats on a given day. Entries had to be submitted by Friday at midnight; only 25 surfers — 14 men and 11 women — met the criteria by that time, according to the Triple Crown.

“You just don’t know any more with this format because anybody can be at any spot whenever,” Florence said in a statement. “Especially when you have waves in the 8- to 10-foot range for a lot of the days, where all three spots are good. It’s tough competition.” 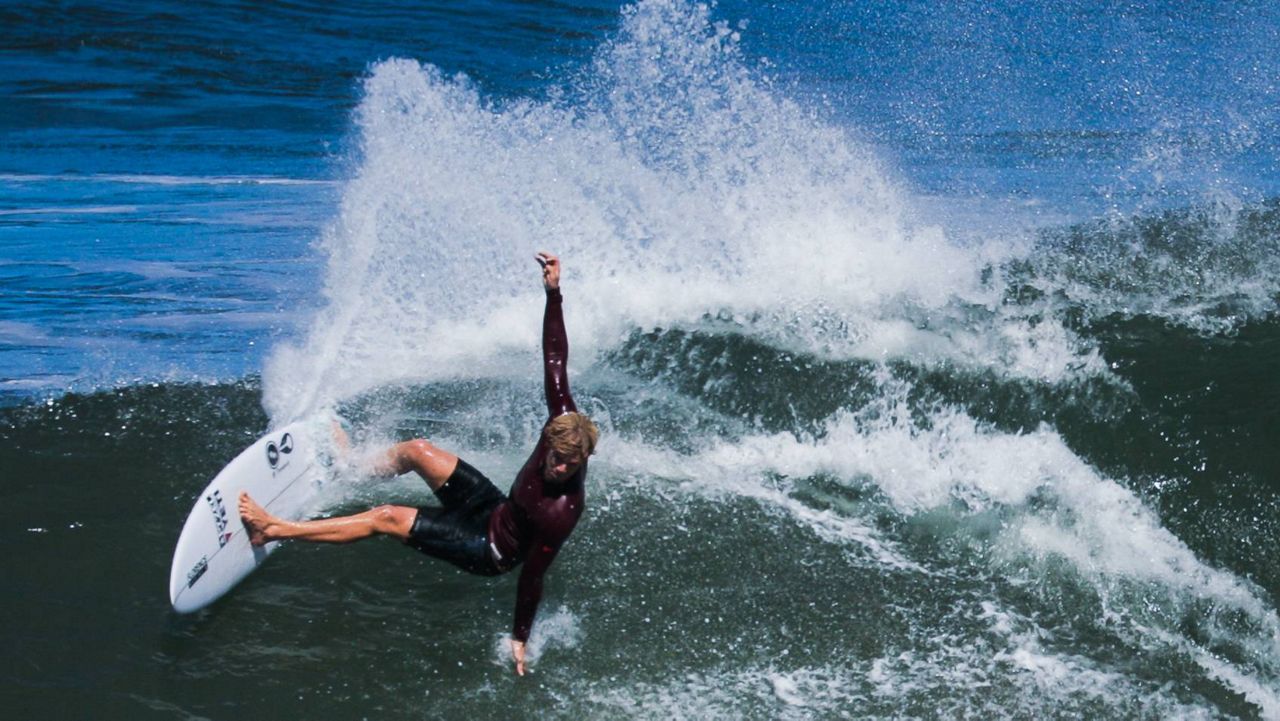 In her Instagram post, Moore thanked the filmers and her team who helped her compile clips to submit.

Moore's total score of 142.7 spanning the three locations blew away the field, with the closest women being Hawaii's 16-year-old up-and-comer Bettylou Sakura Johnson (103.5) and Brisa Hennessy of Costa Rica (100.9).

According to the Vans Triple Crown, of the 95 athletes competing, 40% were local surfers. Of the total prize purse of $223,000, 79% of it went to the local competitors.