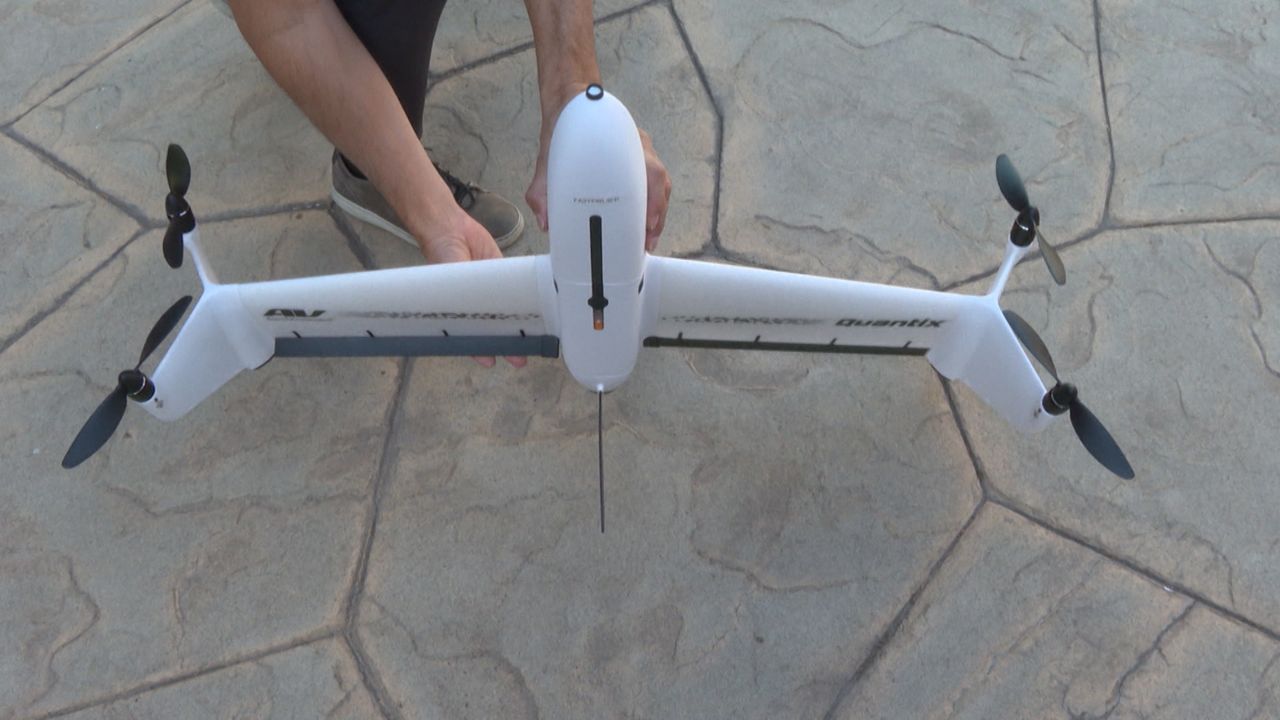 IRVINE, Calif. — We’ve heard this about earthquakes – it’s not a matter of if but when the big one will hit.

Well, some researchers also say it’s a pretty similar situation for a major flood in the area. A research project currently being undertaken at SoCal and NorCal UC campuses is looking at how flooding could impact the area, including socioeconomic issues.

One of the main tools that will help researchers get the study done is a drone.

“But that data sometimes has gaps, has places where we might want a little more detail in features of the surface that are going to affect flooding,” said Sanders.

Sanders says the drone will be used at several locations. He says, “that might be along a levy, or along a flood wall, or it be in an urban area with a lot of structure.”

He says the pictures collected will allow researchers to see details such as where a curb is located or where water could pool. The pictures will be pieced together and used with a computer flood simulation.

Combining the photographic data along with sea level rise and other environmental data, Sanders says researchers will try to figure out, “where it would flood, what roads would be blocked, what homes would be impacted, what businesses would see disruption in their activities.”

The data will help urban planning and public policy researchers to see how millions of people living in those high-flood risk areas could be affected.

UC Irvine Professor Richard Matthew says that list could include, “their employment, their housing, their health, their transportation, their credit scores.”

“We could take steps that reduce the vulnerability of the poorest people in our country,” Matthew said.

Coming up with policy ideas will be part of the year-long study happening both here in the Greater Los Angeles area and the Sacramento San Joaquin River Delta.

Sanders explains one of the reasons they’re focused on floods is because of something that happened in the 1860s. It was called “the great flood” and Sanders says it wiped out a town in Southern California called Agua Mansa after it rained every day straight for a few weeks.

“Historians at that time reported there was no dry land between the Palos Verdes peninsula and the San Gabriel Mountains,” said Sanders.

He  says something similar to “the great flood” is likely to happen again. But this time instead of tens of thousands of people living in the area there are now millions. So researchers say now is the time to plan.

The research was kicked off with funding from the National Science Foundation’s Coastlines and People Initiative. This study includes researchers from UC Irvine, UC Riverside, UC San Diego, and UC Berkeley.