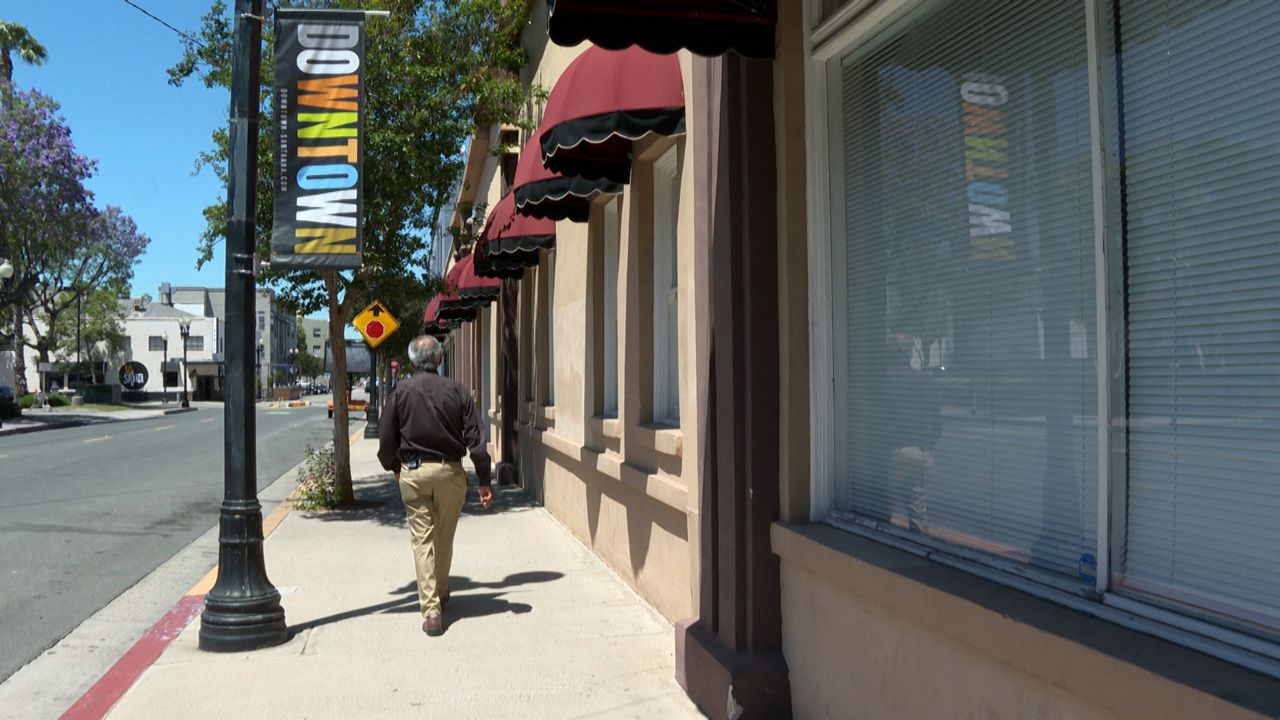 Business owner says next OCDA should know how to handle crime

SANTA ANA, Calif. — The race for the next district attorney of Orange County in California will include four candidates. The list includes the incumbent Todd Spitzer, along with Pete Hardin, Bryan Chehock and Michael Jacobs.

Robert Escalante has been the owner of a business in downtown Santa Ana since the 1980s. He took over Custom Auto Service 46 years ago at the corner of Third and French streets. He adores Santa Ana.

“Oh my gosh, what is not to love about Santa Ana?” Escalante said. “The jacarandas trees, the streets, the community, the people.”

He said downtown Santa Ana is the heart of Orange County and that it’s a destination — not without flaws.

“We’ve never been able to hide the fact that downtown Santa Ana is a high crime environment,” Escalante said.

For the first time in decades, Escalante said his business has had some property crime in the last year or two — including broken windows and stolen iron gates.

CrimeGrade rates downtown Santa Ana a D-, stating crime happens every 27 minutes on average in the area. Huntington Beach, at about 28.33 square miles, is a similar-sized city in Orange County. (Santa Ana is 27.52 square miles). Huntington Beach earned a B- in the property crime category and crime is estimated to happen every 7 hours 32 minutes, at the time this report was filed.

Escalante said that despite the crime issues, he loves Santa Ana and has no plans to leave.

“I would rather die here than to try to go someplace else,” Escalante said.

He’s hoping whoever becomes the next district attorney of the county can help reduce crime.

“Crime is moving like a train. It’s moving fast. You got to know how to handle it,” Escalante added.

Bryan Chehock is a federal attorney and writes on his website:

“As your District Attorney, I will work tirelessly to protect the public, reduce crime, prosecute those responsible for overdose deaths, restore public confidence in the legal system, and promote fair, impartial, and just resolutions of criminal cases. Furthermore, I will engage with the entire community, not just special interests, in order to make meaningful change.”

“My experience as a prosecutor includes 141 jury trials, 75 were felonies of which 26 were homicides.”

I am not a politician. My work in the office was as a trial attorney. I spent 25 out of my 30 years in trial units. I enjoyed my work as a supervisor and still always carried a caseload. I felt this was essential if my role was to lead and advise experienced attorneys. I enjoyed working with other deputies and there were never any personal issues. The office needs to be rebuilt and restored to being the outstanding law firm it was prior to the reign of Rackauckas and Spitzer.”

According to a poll by Probolsky Research, Pete Hardin, a federal attorney and business owner, and Todd Spitzer, the current OCDA, are the top two candidates. The poll included phone or online surveys of 300 people in Orange County likely to vote in the June 7 primary.

Hardin is a federal attorney and business owner.

Escalante said he knows who he’s voting for.

“I expect a district attorney to be fair, to be equitable, to be honest, to be hard working. I want that person to protect us in the height of crime,” Escalante said.

What does that protection look like under Hardin’s or Spitzer’s leadership?

“Those who commit violent crimes against our citizens need to be held accountable,” Hardin said. “They need to be punished. And they need to be taken off our streets. But our criminal justice system cannot only be about punishment. It also has to be about giving people hope, the resources they need to reintegrate into society in a positive and productive way.”

“While I believe very strongly in going after the very serious offenders, I have invested deeply with great resources here in Orange County top help people who are first-time offenders or people who are committing crimes because of mental illness or addiction to drugs or alcohol,” Spitzer said.

Escalante said as far as crime in his town, a district attorney should, “Tackle it. Handle it. And you’ll have the support of the business community.” But he said that support should come with a relationship with the district attorney.

“I’ll be the kind of leader here who goes out into our business community, builds bridges with our business owners,” Hardin said.

“The business community is the backbone of our taxpayers who sustain our private sector, our quality of life and our economic engines. And I’ve always been a big supporter. I come from a family of a small business owner,” Spitzer said.

Whoever is elected, Escalante said he wants someone who’s in it for the long term.

“You can’t be changing your pants in the middle of a train ride,” Escalante said.

A tough job, Escalante said he’d never want. And well, that’s why Escalante said he will stick to restoring classic cars to their former glory. Just like he hopes the district attorney can help restore the heart of the county, Santa Ana, to what it once was.