Blink, an evening art exhibition, features light shows and projections on structures throughout downtown Cincinnati as well as interactive installations. The event attracts upwards of 1.3 million people to the city. (Photo courtesy of Findlay Market)

CINCINNATI — For some, BLINK is an opportunity to check out world-class art while exploring one of the most colorful art showcases in the country.

For business owners like Paul Picton, the festival offers a chance to capitalize on the extra evening foot traffic past his store.


Picton owns Maverick Chocolate Co. at Findlay Market. He’s extended the store’s hours until 10 p.m. throughout Sunday when the festival comes to a close. He usually closes at 8 p.m on Friday, and 6 p.m. on Saturday and Sunday.

“We love BLINK,” Picton said. “We often hear people say that they have lived in Cincinnati for years but never made it to Findlay Market. BLINK provides that opportunity.” 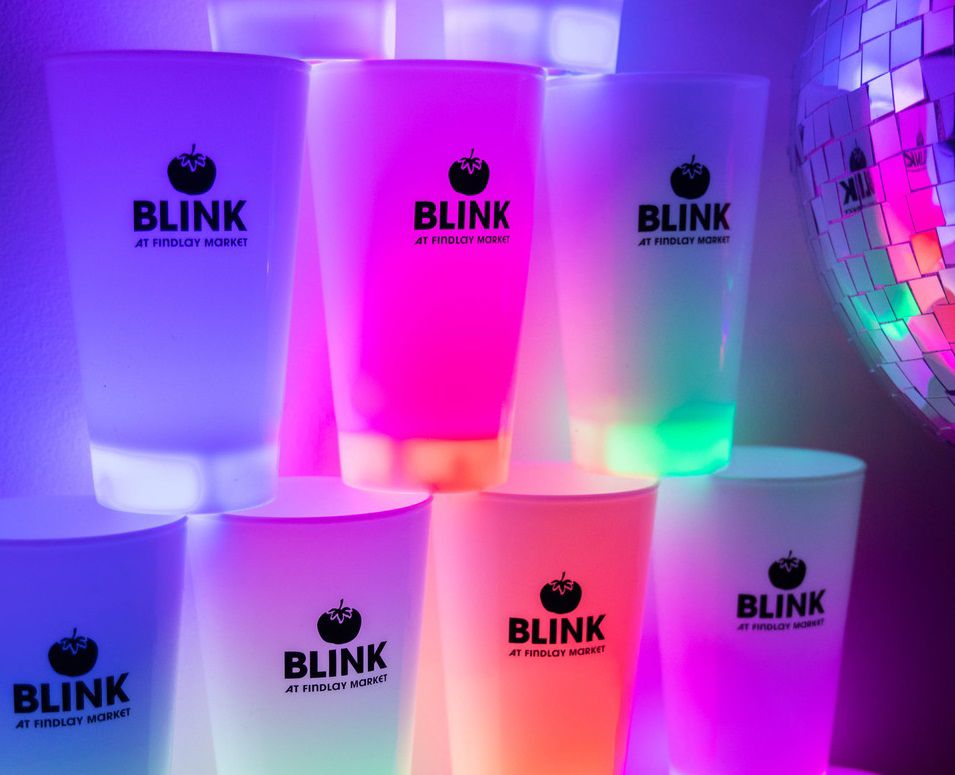 Picton isn’t the only business owner expecting to see a bump in business because of the festival.

In 2019, about 1.3 million people visited downtown Cincinnati and Covington, Ky. because of BLINK. The four-night festival had an $86.7 million impact on the greater Cincinnati region, according to Cincinnati USA Regional Chamber.

This year, organizers expanded the event’s footprint in all directions to give festival-goers more areas to explore.

“BLINK is not meant to be seen in its entirety in one night. It’s doable, but that’s not our goal,” said Andrew Salzbrun, BLINK’s creative executive director. “The setup was intentional to allow people to have shared moments and really take time to appreciate each site and really each of the zones as well.”

Salzbrun advised visitors to take their BLINK journey at their own pace. “It’s not a sprint to check as many boxes as possible,” he added

BLINK is broken into five designated zones. One encompasses the Findlay Market area. The others are Over-the-Rhine (the southern part of the neighborhood), Downtown (Central Parkway to Third Street), The Banks (Cincinnati riverfront) and Covington.

Each zone features an assortment of art installations and entertainment and hospitality options, including food and beverage options.

At Findlay Market, dozens of regular storefronts are staying open much later than usual during BLINK. There are a variety of pop-up retailers selling goods each night as well.

“BLINK celebrates connectivity, walkability and the value of the urban experience in the Queen City,” Susannah Tisue, owner, SKT Ceramics at Findlay Market. “We love to see the market activated at night with neighbors and visitors enjoying the space, food and drink that we all love.”

Homemakers Bar in OTR is taking BLINK inside with a custom arcade-style video game.

Julia Petiprin, the bar’s owner, partnered with We Be Team, a local multidisciplinary art studio, to create “Kind of a Big Dill” for BLINK in 2019.

The game is a similar concept to “Temple Run,” a popular game for mobile devices. But in this game, three players control the same character, which just so happens to be an anthropomorphized pickle.

The creators customized the game to the bar’s space and beverage program. Homemakers is known for its pickle-back shots. The custom controls feature a turbo button activated whenever guests order a special drink. 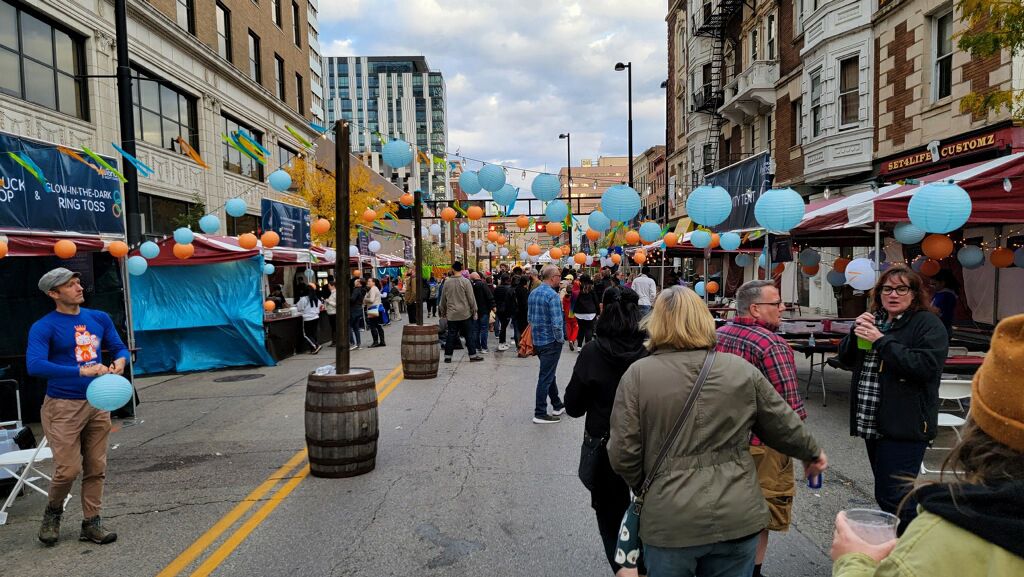 “BLINK is about connection and celebrating innovation and technology,” Petiprin said. “The creators of BLINK invite everyone to take part and with one of Homemakers Bar’s key values being collaboration, we knew we wanted to participate.”

Dozens of other businesses are hoping to benefit from the array of murals, light displays and activations sprinkled throughout Cincinnati’s urban core this weekend.

For instance, there’s a roller rink and light show being set up on Court Street Plaza and at Ziegler Park there’s “Architects of Air,” a massive structure featuring dazzling mazes, winding paths and soaring domes.

There are also plans for unique pieces in places like Piatt Park, Smale Riverfront Park and alleyways scattered throughout Cincinnati and Covington.

This year, BLINK added what it calls the Asianati Night Market. The set up on Court Street features several vendors selling food and beverages inspired by cuisines from many of the Asian countries represented in Cincinnati.

Beyond the snacks and beverages, there’s lit-up lanterns and Asian-inspired art installations.

Salzbrun said the inclusion of the market was a natural one. Beyond adding much-needed food and beverage options, the market provides several small food businesses with a chance to show off their menu to thousands of potential new customers.

One of the market’s patrons on opening night was Jack Holland.

The 37-year-old has lived in Over-the-Rhine since 2008. He’s familiar with a lot of parks and nightlife options in his neighborhood, but BLINK gives him an excuse to get out and explore parts of the city he doesn’t know as well.

On Thursday, he hung out in the Central Business District and The Banks, two places he doesn’t frequent often.

“Aside from the event itself, the thing I love about BLINK is that it encourages me to explore parts of downtown that I probably wouldn’t otherwise,” he said.

Holland is going to check out the sites, sounds and lights all four nights of BLINK. On Friday, he planned to cross the Ohio River and head into Covington.

“I’ve already found a few new places I want to go back and try again,” he said.