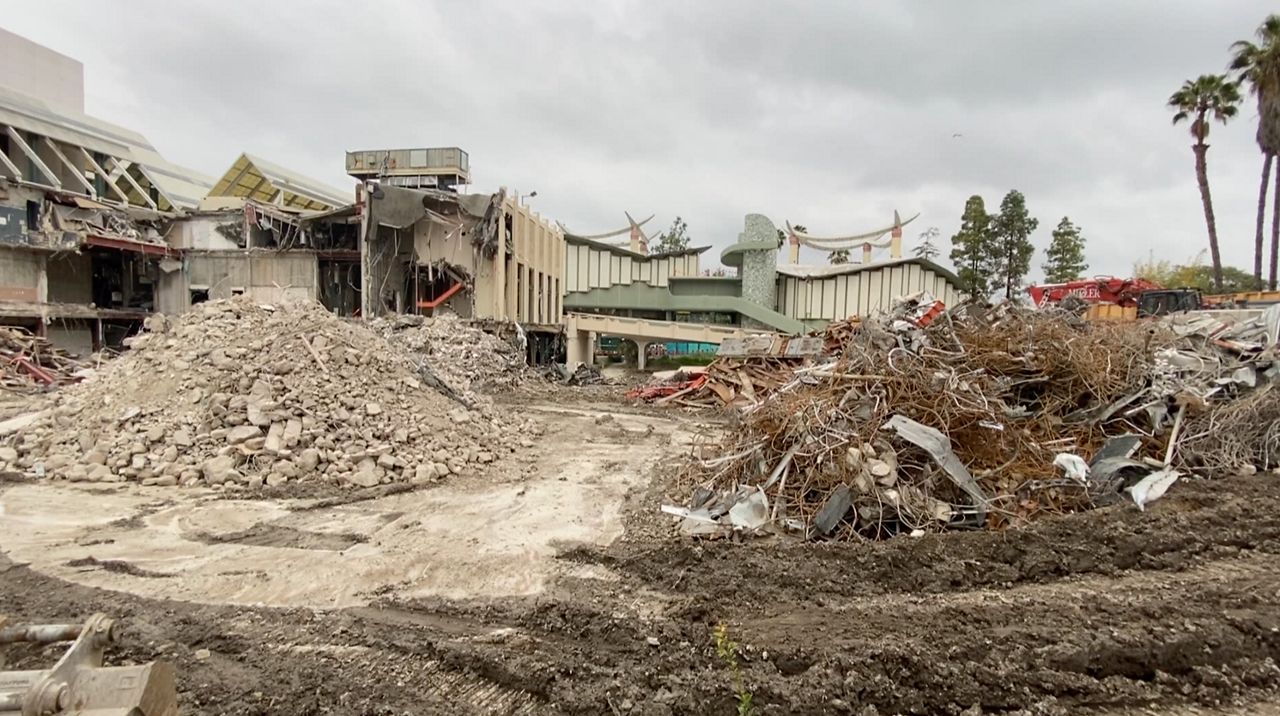 LACMA Responds to Community Push Back as Demolition Continues

LOS ANGELES – A lover of the arts, Christopher Johnson considers the Los Angeles County Museum of Art, or LACMA, his happy place. But currently, he's unhappy with the museum’s new design plans.

Rob Hollman, founder of the Save LACMA nonprofit, has been acting as the voice of the community that is against the destruction of the monumental buildings.

“We were created to be around for many years. We will always be a public advocate for LACMA itself. It’s kind of tragic. Yes, they may be creating a more beautiful building, whether you agree with it or not, but the fact of the matter is they are demolishing something that is held dear to their heart too,” said Hollman.

Despite the opposition’s efforts, LACMA has continued with its original plans.

The museum said the construction was needed because the buildings were old saying, “They were not safe for people or art. Costly patch-ups were possible, but not long-term or real repair.”

But Hollman feels otherwise saying, “LACMA is saying they are demolishing four aged buildings, but if you look at the Louvre in Paris for example, that’s a very aged building. Should we just demolish it because it’s so old?”

He also says the community’s biggest concern is that the art will be lost and the project will go over budget, possibly dipping into more county funds or taxpayer money.

But LACMA representatives tell us they are creating an additional 110,000 square feet of exhibition space and the permanent collection will be found in the new building and across the campus. They also say the project is in fact on time and on budget. LACMA, and not the county, would be responsible to pay for any cost overruns.

(LACMA representatives declined to be interviewed on camera, however, they did provide extensive answers to several questions by email, which you can find at the bottom section of this article, along with photos of the redesign plans.)

This construction was always planned to begin around this time, but Hollman says they should have not continued once the coronavirus pandemic hit and everyone was asked to stay at home.

“It was the worst week to begin. Because that was the week we were told by the mayor and the county to stay at home, don’t even go to the market,” said Hollman.

Troubling to see today @ClarkBuilds erecting a massive sound wall, which will generate more noise, in front of @lacma on Wilshire. More troubling to see their personnel not practice social distancing and not wearing protective gloves, eye protection and face covering.#SaveLACMA pic.twitter.com/hnoyMUKAOr

But LACMA tells us funding was provided a year ago and could not be redirected, so the construction is following all guidelines from the state, county, and city. The contractor added extra measures to make sure it is a safe working environment during the pandemic.

Now that the Bing Theater has been removed and the plans are to take down three more buildings, Save LACMA drafted a ballot measure to keep pushing back against the institution for more transparency and community involvement. They are currently in the process of getting signatures so it could come to a vote on the November ballot.

“It creates a lot of accountability for LACMA leadership, including the board and the county,” said Hollman.

LACMA continues to say the redesign is happening no matter what and looks forward to welcoming patrons to the new LACMA.

Hollman hopes his fight makes some sort of a difference in the history of LACMA and for the taxpayers in the county. While Johnson doesn’t care much about the cost, he just wants a design where the permanent collection can shine.

“We want a holy patronage, a site where the world’s greatest art work is housed. We don’t want this. We never wanted this. That was a real museum. This thing they are building is a motel. It’s awful,” said Johnson.

Art is meant to spark conversation and discussion, but right now it’s the space where this art is housed that’s the controversial subject among the art community and beyond in Los Angeles.

What is the response to those who are upset that construction began during the coronavirus pandemic when everyone was asked to stay at home and extra funds should go toward health services?

Funding for our project was committed and provided by the County about a year ago and cannot be redirected. Construction is being carried out in accord with State, County, and City guidelines during the pandemic. Our contractor has instituted additional measures to ensure a safe working environment. In time our project will provide employment for 4,000 people in a four-year period, contributing to the recovery of the Los Angeles economy.

Is there a concern the construction will go over budget and if so, where will that extra money come from?

What are those numbers and “inaccurate information” that you mentioned were wrong in some other reports? Would you be able to clarify that for us?

The inaccuracies mainly have to do with the size and purpose of our campus expansion and the cost.

The total construction cost of the Zumthor building is $650 million, and LACMA has already successfully raised that money, before start of construction. We are in the process of raising another $100 million for a variety of additional institutional needs beyond the building cost. Funding for the $650 million building cost includes $125 million from the County, which is getting a 4-to-1 match from private donations., such as relocating staff into new offices and moving artworks during construction. In most capital campaigns, the total campaign goal exceeds the new building cost in order to cover additional needs.

Is there a response to the ballot measure put in place by Save LACMA?

-The County issued a Title and Summary for the proposed initiative as it is required to do under the law.  This impartial statement does not indicate any support for the measure – it is simply a required step in the initiative process.

-Public design competitions are very common and LACMA had one in 2001 for the replacement of the aging buildings. Unfortunately, the selected design was not ultimately approved and did not result in any fundraising. The Zumthor-designed new building for the permanent collection currently being built was approved unanimously by both the County Board of Supervisors after a comprehensive public approval process and unanimously by our Board of Trustees, which has fully raised its $650 million cost.  In the future and for other potential building projects, design competitions could be considered.

- As a matter of fact, the County is contributing under 20% to our new building for the permanent collection, with its $125 million contribution toward the $650 million building cost. The building will be owned by the County and more than 80% paid for by private donations.

- LACMA is a private nonprofit organization that has successfully run the museum of art for the County since it opened in Hancock Park in 1965, with a board of trustees made up of community members from different sectors in the County who have worked to advance the museum’s mission and actively contribute to its fundraising in collaboration with the County.

Was there a reason why the buildings had to be demolished instead of just renovations, after seeing how people were fighting against the demolition?

The buildings in question had come to the end of their useful lives. Lack of seismic stabilization, lack of methane mitigation (in a level 5 methane zone), compromised foundations from underground water intrusion, and water pipe leakage were major issues. They were not safe for people or art. Costly patch-ups were possible, but not long-term or real repair. The County and LACMA got assessments for repairs and the cost of minimal repairs ranged from $246 million to over $300 million, and neither the County nor LACMA wanted to pay for that.  Replacement was the only feasible option.  In fact, one of the reasons we built BCAM and the Resnick Pavilion first in our campus plan was because we knew that in the foreseeable future, the Pereira and Hardy Holtzman Pfeiffer buildings would no longer be safe for people and art and would have to come down. The community was extremely supportive throughout the lengthy public approval process.

On a more positive note, how does it feel that the community is this passionate about the museum?

We are grateful for our many supporters and donors, and we look forward to welcoming them and the entire Los Angeles community to the new LACMA.

What does LACMA hope will happen once the new museum is in place?

We have been remaking LACMA as a museum that welcomes all the communities of Los Angeles and honors all the world’s artistic traditions on an equal basis. The building is designed to be very flexible to accommodate the many ways curators now and, in the future, will tell the many stories of art and art history. For our curators, compartmentalizing artworks and privileging one kind of art above all others is a thing of the past. Visitors expect inclusiveness and equity in our collection presentations. We're building an exciting new landmark in which works of art from around the globe are put on the same footing, both intellectually and physically. 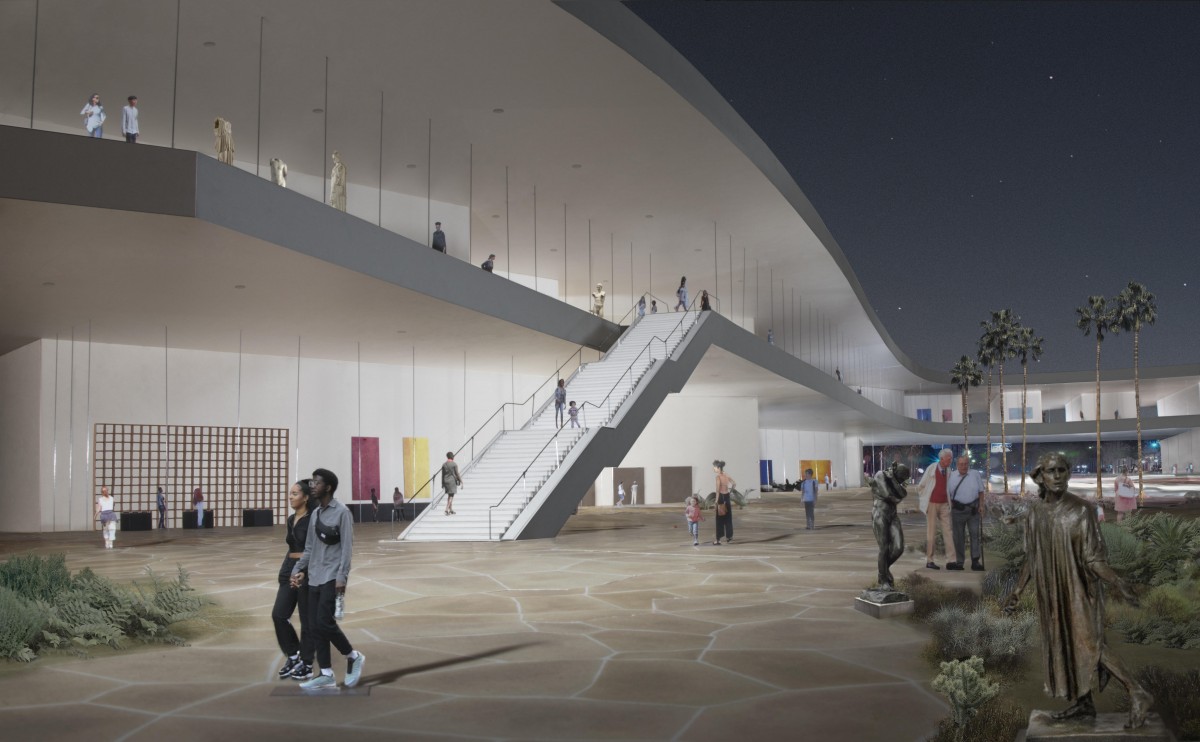 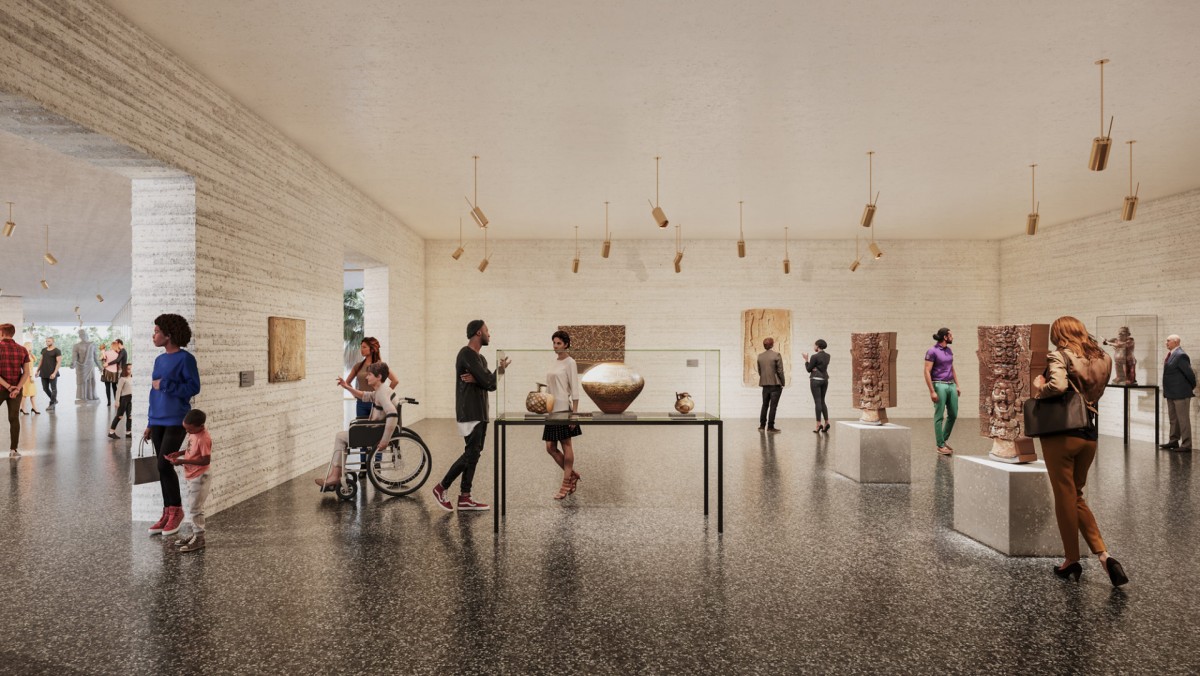 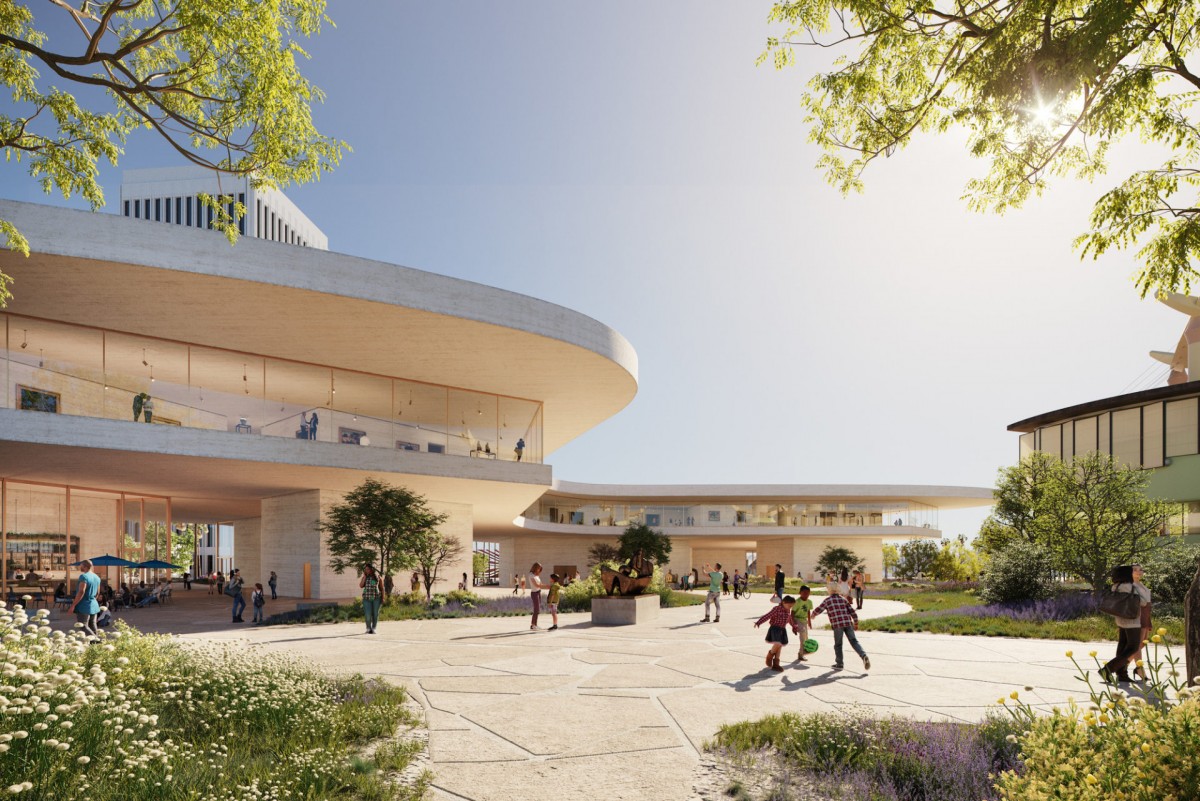